After her own experience travelling and residing in Toronto while her daughters received care, Lefave has been trying to make it easier for others
Jan 13, 2020 12:30 PM By: Tiffy Thompson 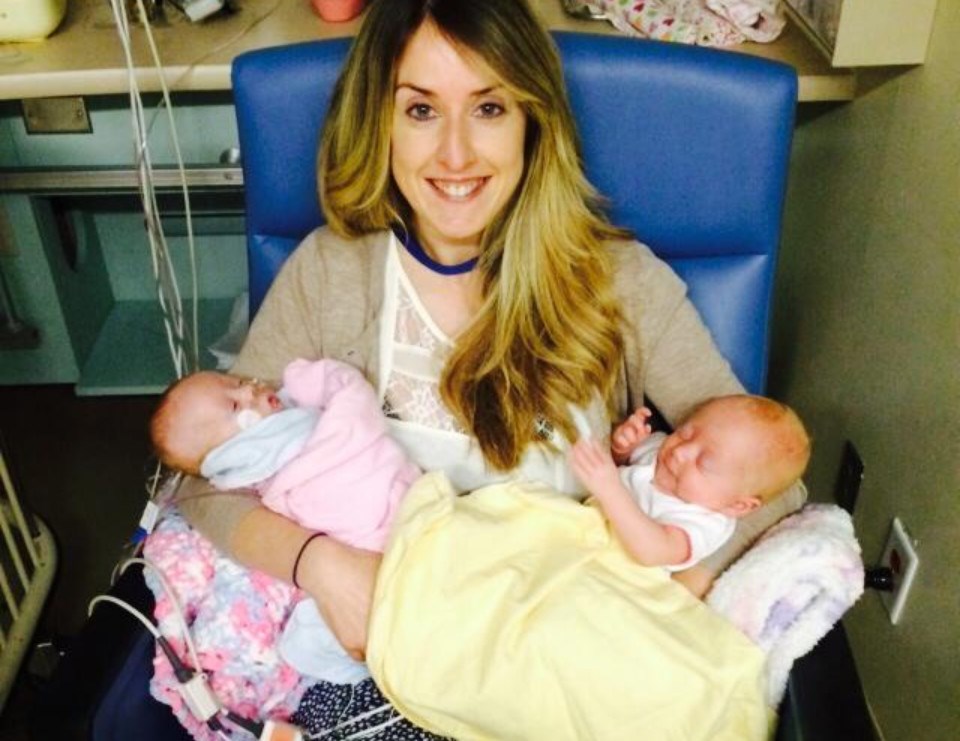 In 2014, after a complicated pregnancy and a protracted stay in a Toronto hospital, Karen Lefave gave birth to twins. They were in serious condition; one was immediately placed into the NICU at Mt. Sinai, the other at SickKids. It was harrowing for the Lefaves.

“I was being mama bear robotic,” recalls Lefave. “I got up in the morning and had to go to one hospital for one girl, and then go back and forth to each hospital, four or five times a day. I’d go home and pump (I was still breastfeeding). It was cyclical — this is what I had to do for every hour of the day. Your body just knows what you have to do. When I look back though, I honestly have no idea how we ever got through it, or how I didn’t mentally collapse at the time.”

Fortunately, Lefave got to stay at Ronald McDonald House during this difficult five month period. Then in 2015, they had to return for more treatment; this time, staying at a hotel for three-and-a-half weeks.

“We [my husband Greg and I] don’t have family and friends in Toronto, and that’s when it really struck,” she says. “We recognized how much of a burden (for lack of a better word) it is trying to take care of sick children while still trying to live and manage your home life outside of that; how costly it is for accommodations, meals, and just general living.”

The couple vowed that when they returned, they would start a foundation. It would help others in similar predicaments by providing financial assistance for expenses incurred on medical trips, so that families can instead focus on their children.

In 2017, The Twinkie (after Greg’s nickname for their own children) Foundation was born. To date, they have received applications from more than 70 Sault and area families.

“There’s still so many families who don’t know we’re here,” says Lefave. “So, that’s our main prerogative right now — just getting our name out there.”

While the Northern Ontario Travel Grant can help mitigate some of the cost, it doesn’t help enough when it comes to certain situations. “They don’t help with meals at all, the accommodation is also really limited,” explains Lefave.

While organizations like Ronald McDonald House can also alleviate some pressure, it is also limited.

“Seventy per cent of families who apply can’t get in, simply because they only have 81 rooms,” says Lefave. “Life doesn’t stop when you have a sick kid; you still have your house and your mortgage, your insurance, your car payments, other siblings, a dog — whatever the case may be. That stuff doesn’t stop. A lot of families have to take time off work when they go away, which is another stressor. That’s why it’s so important for foundations like us.”

The charity is 100 per cent volunteer-run, and relies solely on donations and fundraising to keep going. Lefave stresses that community support for the Twinkie Foundation has been “outstanding,” she says. “It blows my mind. I’ve lived in so many different cities; from the east coast to Yellowknife to Alberta. There isn’t a city around that has the support for their own like Sault Ste. Marie.” They’ve received an outpouring of donations from the Sault Ste. Marie Poker Run, The Steelworkers Charity Open Golf Tournament, and many others. “To my mind, we’ve never had to turn a family down due to lack of funds,” says Lefave, “and that’s the be all and end all, in my mind.”

Lefave recounts a family who connected with her this past November. “They have a little five-year-old boy was very sick with a fever infection that wasn’t going away. He got airlifted and sent down south. Mom was in London with her little boy, the dad had to stay here with their other son. I remember connecting it to our own situation--where Greg had to stay here and I was in Toronto,” she says. “Two weeks later, I got an email from his mom; their little boy ended up getting a leukemia diagnosis. I hated it. Their life is just flipped upside down in the blink of an eye. This poor kid, in the middle of November, has to go through six weeks of chemo. I remember the mom sending me the email after; saying I had no idea you existed, I'm so grateful to have somebody to talk to, and say this is what happened.”

For Lefave, helping others is its own reward. “I can’t wait to see how big we can make this,” she says. “Just being in that scenario, and talking to these families who tell us they didn’t know how they were going to make this work, or how they were going to afford groceries this week — just to know you’ve been able to contribute to some level of happiness for these families — is so rewarding. Because God knows they don’t have a lot of happiness in some of those cases where their child is sick and they don’t know what’s going to happen.”

Lefave has been surprised to find a lot of families are reluctant to apply for help; even when it is needed.

“The first thing that comes out of their mouth is; oh, we don’t really need it. Save it for someone else.” I tell them, “we’ve been so blessed and so fortunate since we’ve started [the Foundation]. We have a lot of funding to help families right now, so as much as you think you don't need it — I think everybody needs it. Especially families who have to go for so long. They shouldn’t have to worry about any of the financial stressors of having to help their kids; that’s why we’re here to help.”

You can help support the Twinkie Foundation by making a donation here. If your family is in need of help for travel expenses related to your child’s medical care, fill out an application here.