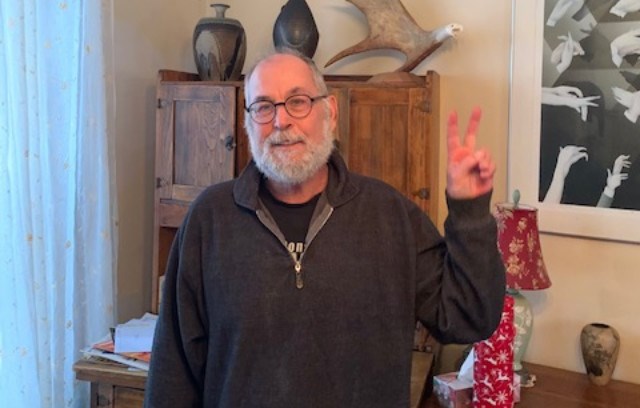 Peter Rowe has always been interested in the performing arts, but actually getting on stage didn’t appeal to him: “I never performed,” he says, “we always went as audiences.”

“I love the festival scene,” he says, “they’re magical.”

Along with past President Tova Arbus and a team of volunteers, Rowe was instrumental in getting Fringe North off the ground. It was incorporated as a not-for-profit in 2016, and has grown into a 10-day festival, running from Aug. 13-23 in 2020. Now president, Rowe is looking to replace himself in the role by next year.

“We’re actively succession planning. My complete lack of theatre experience — quite frankly, I was never the right person to do this. We just had to get it to the point that it is now, and now’s the time.”

Within Fringe North, performers are selected on a first come, first serve basis. They also have the opportunity to be entered into a lottery to perform at other Fringes around the world. 100 per cent of the box office proceeds go to the artists, and ticket prices average around $12, making it one of the most accessible forms of theatre.

“Fringes are bottom-up,” he says. “They’re democratic. We’re almost like the cockroaches of festivals; we repurpose unused spaces, we require almost nothing.”

“Fringe North is one of the smallest in the Fringe Network,” he says, “but what Fringes do is give local artists the ability to travel and be paid for their work.”

In conjunction with the Arts Council of Algoma, Fringe North also hosts a free Kids Fringe as part of #UpTheArts, which includes street performers, live music, exhibits and more. While Fringe North provides a platform for local artists, it also gives artists from across the world a chance to come to the Sault and perform.

“I think they love the hospitality [in the Sault].”

While Fringe festivals are well-known in larger cities, it’s been a challenge to raise that awareness here. Rowe would love to see a cross-border Fringe happen with Sault, Michigan.

“As much as we keep trying to promote it up here, the summer cottagers in the upper peninsula — they’re sophisticated, they know what Fringes are. Art and culture tourists travel, and they have the money. A challenge for the twin Saults is to attract people north of Mackinac. We have great partnerships with the BIAs, and with a minimal amount of marketing for Fringe — there’s really an opportunity there.”

He is looking forward to the opening of the new downtown plaza as a place to showcase more street performers during the summer months. “It’s the perfect place.”

Rowe points to his parents,  Charles A. Rowe and Loveday Rowe, as his inspiration — both were ardent volunteers in numerous capacities. And while he’s put in countless hours volunteering for Fringe North, he stresses that he is just one of many who want to see this festival succeed.

“I think the most rewarding part is all the help, the community support. We’ve been able to do this on a shoestring. I’m just grateful.”

If you want to perform at Fringe North, registration is still open to apply. Fringe North is always looking for volunteers to help with planning, activities and programming. Find out more here.