Four years after diagnosis, Shaylan is now fighting for others with brain tumours

Shaylan Spurway Bubinas plans to walk 27 kilometres as a fundraiser. The distance represents the number of people in Canada diagnosed with a brain tumour every day
Jun 2, 2020 2:30 PM By: Zaafina Naqvi 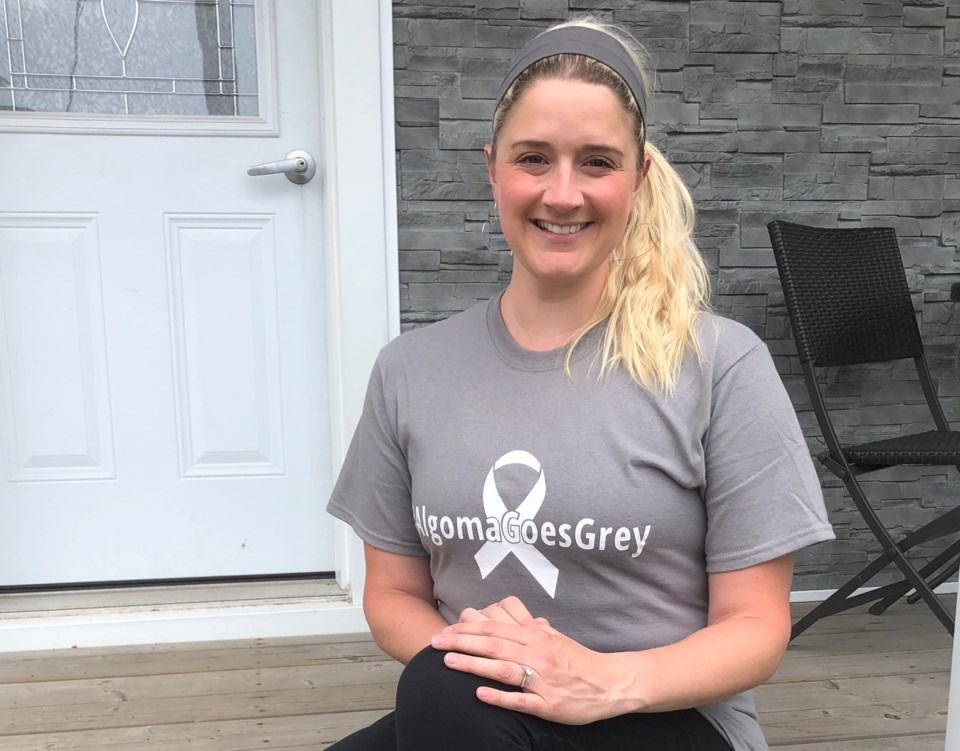 Four years ago, alone in a hospital room, Shaylan Spurway Bubinas heard the words that 27 new Canadians hear every day: “You have a brain tumour.”

After weeks of pain, she finally heard the name Dr. Li and met with him in Mississauga.

“He reviewed my charts, family history, and then asked me to come back the next day, giving him time to request more charts from back home. I saw him again Tuesday morning and he advised me to head home, and said he would likely see me later in March,” she said in a social media post earlier this month for Brain Tumour Awareness Month. “We weren’t on the 401 for 15 minutes when my phone rang and Dr. Li asked if I could come back that Friday for surgery. Something didn’t sit right with him and he wanted to get me in sooner.”

3 days later, Spurway had a successful surgery to remove the tumour. It turned out to be a benign Giant Cell Tumour, different from her original diagnosis.

“Dr. Li’s feeling of wanting to get me in early, saved me. Life is a little different now. I go for scans and await the ‘all clear’ every February. I have an appreciation for the small things. Every headache leaves me a little nervous of recurrence but also grateful to be here and be healthy,” she said.

Since her surgery, Spurway, now 34, has become an advocate for Brain Tumour awareness and has connected with the Brain Tumour foundation of Canada. After assisting with a few local promotions she and Kyleigh Provenzano were approached about assisting with the first ever walk in Sault Ste. Marie.

“We had set a date of May 2, 2020 for the first Brain Tumour Foundation Walk in Sault Ste. Marie. As we were awaiting details from the foundation, news slowly started to trickle in surrounding COVID-19 closures and eventually the state of emergency and mandated closures,” she said. “The Brain Tumour Foundation decided to turn their walk virtual across Canada at this time as May is Brain Tumour Awareness Month. With social distancing in place it was just not something we would have been able to accomplish. The group of local volunteers were on board with the virtual walk idea so everyone is encouraged to still sign up online and pledge to walk in your own yard or even street as long as social distancing is practiced.”

The virtual walk will be held on June 27, and Spurway has pledged to walk 27 kilometres to honour the 27 Canadians that are diagnosed with a brain tumour every day.

“When I realized that there were 27 kilometers between my camp and my parent's home where I grew up, I just knew that those 27km would be my pledge. My husband, Brian Bubinas, will be walking with me, rain or shine,” she said. “We are calling it ‘27 on the 27th for Brain Tumour Awareness’ or simply ‘27 on the 27th’. We have also created a Facebook page where people can follow along with us, see the route, and of course donate.”

People can collect pledges as an individual or as part of a team. All the money raised through the Brain Tumour Walk events strengthens the national movement to end the life-changing disease and brings hope to individuals and families across the country.

“This walk is something important to me as a survivor because I feel lucky and blessed to be here today and to be physically able to do this walk. I have close friends who have been diagnosed with brain tumours, friends and family we have lost to brain tumours, and I have met incredible people who are still fighting brain tumours. We are all warriors together and I will do this walk not only for myself as a survivor, or because I can, but I will be doing it for all of these other people too. In fact, I have a list of names and I will be dedicating specific kilometres to certain warriors and sharing it all on social media as we go. We need to raise awareness and raise funds to find the causes, treatments, and cures,” she said.