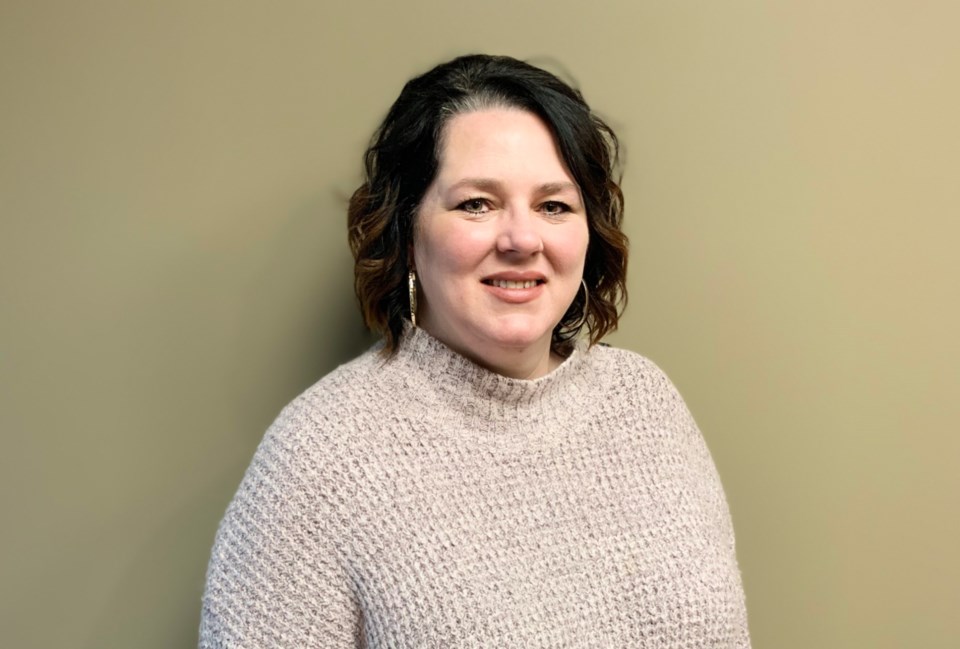 Four years ago, Shauna DiGasparro felt something was missing.

The former social services worker had switched careers after her children were born, and while she loved her job at McDougall Energy, she craved the personal fulfilment that often accompanies community work. While searching online, she discovered that St. Vincent Place was looking for volunteers.

“They were close to my work downtown, and it looked like something I wanted to do,” she explains. “So, I submitted a volunteer application form. Prior to that, I had no idea what they did.”

St. Vincent Place encompasses a men’s shelter, food bank, soup kitchen and thrift store. They serve a wide swath of the community; from the homeless population, to those struggling to make ends meet; including families with young children, seniors, and newcomers to the Sault.

She started out doing client intake at the St. Vincent Place food bank. Twice a week, the shelter operates the food bank, where clients can come in and access a four-day emergency supply of food.

“They come in, we make sure all of their information is correct, determine the number of people in their family, and then we go through and create a food order based on the inventory we have during that day. Our team assembles the order, and gives it to them while they wait.”

“You get to know a lot about the people who come in; you get to know their names, a bit about their story,” she says. “When I’m taking somebody’s food order [for the food bank], it’s very personal, very vulnerable,” she says. “I don’t feel I’m just providing food for them. I can be there to provide an ear and hear about what they’re going through.”

DiGasparro knows that this face-to-face interaction is vital. “There are people who struggle with isolation, so being able to have somewhere they can go to access food, have a meal, and meet with other people . . . where they’re treated with respect and dignity, that’s very important,” she says. “There really is a sense of community. We treat every person who comes through that door the same.”

DiGasparro often finds herself connecting with other women who utilize the food bank. “I realize I’ve been very blessed in my life,” she says. “To have a home, a husband, and children, and a job. It doesn’t take much; a couple of small choices, a couple of decisions, or things outside of your control that happen — then I could be in any of these people's shoes.”

“I met a woman last month who was in a very difficult situation,” says DiGasparro. “There are a lot of women who are coming [out of] domestic violence, and have to start over again. They’re starting from scratch, and they don’t know where to go. This woman wasn’t from here, she had no social network here, no friends.” DiGasparro was able to offer additional resources of where she could find help. As the woman was leaving, DiGasparro gave her a hug. ‘I’m not a hugger,” she admits. “But sometimes people just need a hug. Because they don’t have anybody in their life who can provide that.”

In addition to her service with the food bank, DiGasparro sits on the board of directors and volunteers in the Soup Kitchen. “Teams of volunteers will buy, prepare and serve the food,” says DiGasparro. “One of my coworkers [from McDougall Energy] approached me and said they’d like to help. I knew [St. Vincent Place] was looking for a Soup Kitchen team, so we talked about it around the lunchroom. We had enough people interested, so I approached management with a proposal, asking if they’d be willing to support it financially, and they were, absolutely.”

Currently, DiGasparro heads up the McDougall Energy Soup Kitchen team; the company supports the base costs, and employees donate their time to make it happen. “I really think highly of this organization for jumping in right off the bat in being willing to support us financially,” she says. “It’s rewarding individually, but it’s been great for our team as well. We have people coming out from different departments; you’re outside of work, doing something that’s good. It’s built some good morale with us.”

DiGasparro wants to get people to come check out St. Vincent Coldest Night of the Year event coming up this February 22nd. “I want to get people in —because I know before I started here, I had no idea what they did. It wouldn’t have been a place I would have thought to make a donation to because I didn’t know that much about it. So getting people in there, and involved — they can see what we do, they can meet people — getting that awareness of how they can help; that’s huge.”

She knows that when people realize a cause is worthwhile, they give freely. “It’s heartening to me that people [in the Sault] are so generous,” she says. “We could not do what we do without the generosity of the community. It’s so important, because we wouldn’t be able to serve people in any capacity — the food bank, or the soup kitchen, or shelter — without that.”

Want to help? Follow St. Vincent Place on Facebook for updates on specific needs. You can also donate, volunteer or fundraise for the Coldest Night of the Year in support of St. Vincent place coming up on February 22nd. Get more information here.