Winter duathlon possible in lieu of summer event this year, DU283 organizer Sonny Spina says
May 8, 2020 10:00 AM By: Jenny Febbraro 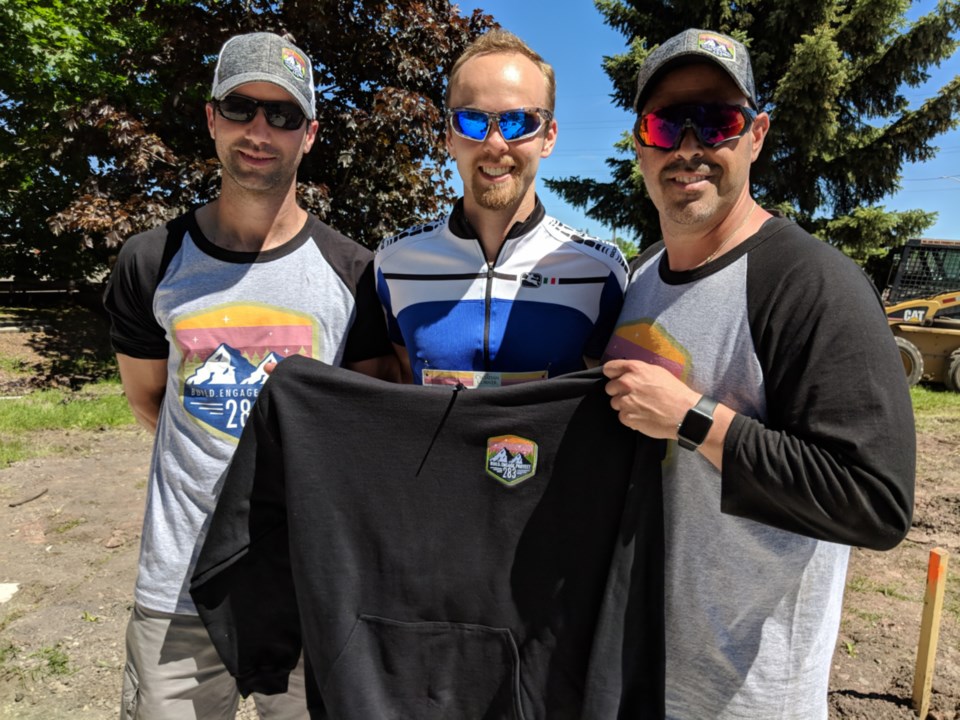 Last year, the first sanctioned duathlon in Sault Ste. Marie attracted over 150 athletes from across the province. Now that COVID-19 has shut down nearly every public event, this year’s DU283, slated to happen June 14 from the Machine Shop, also had to be pushed.

As Chair of Algoma Family Services, Spina donates all the profit from the race to support youth mental health programs run by the agency.

“The DU283 is actually six duathlons that take place at different parts of the city – including local schools – so with the schools closed, we lose out on that opportunity to connect with youth about mental health.”

But Spina says that despite the obstacles, something will certainly be scheduled.

“We can’t secure it to happen this June,” he notes. “But we will definitely have one event in 2020 – even if it ends up being a winter duathlon!”

Organizing such a race requires a lot of planning ahead of time, so even if suddenly health officials gave the okay – it would still be too late.

“Road closures need to be planned, map routes need to be designated, and officers have to be available for directing traffic,” says Spina. “It’s definitely several months of planning – but it’s worth it.” He says one thing that’s driven him to organize the race is the high needs within the Sault to mental health assessments – something that youth need in order to be able to participate Algoma Family Services’ mental health programming.

“The race is one way to advertise how amazing our community is,” he says. “We need doctors and psychiatrists to see that this is a great place to set up a practice.”

Spina says that when a youth is in crisis – it’s really tough to have to place them on a waiting list – but this is something that happens every day.

“Often we have doctors flying in – but it’s just not enough to serve the extent of the needs here,” says Spina. “

By the time someone gets to the point where they are willing to get the help they need – they need the intervention and assessment right then. Being put on a waiting list is just not acceptable to me.”

Check back regularly on the DU283ssm.ca website for new updates.