Patterson visits veterans, helps the young develop a love for reading
May 2, 2016 8:38 AM By: Darren Taylor 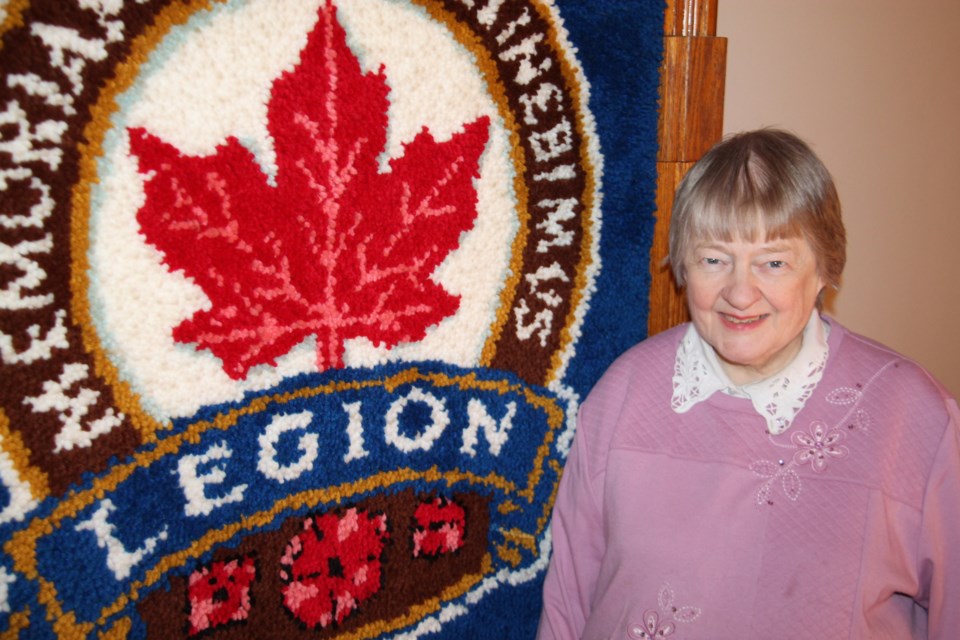 Marilyn Patterson is an outstanding local volunteer whose helping hands have been felt by young and old, by schoolchildren and the elderly.

For the past nine years, Patterson has volunteered to visit veterans in all the nursing homes in the Sault and area on behalf of Veterans Affairs visitation programs.

"Some of them don't have anybody," Patterson told SooToday.

"A lot of the female veterans were nurses or did secretarial work in the Second World War, now they're in a nursing home and maybe their kids are down in southern Ontario for work, and they don't have a lot of visitors."

"When you go in and talk to them, it gets heart-warming," Patterson said.

"I think of one little old veteran lady, she'd be well over 90, she's up at the Davey Home, she's almost blind, and she's one of the ones who wants to hold my hand and just to be there with her, even if it's only for 10 or 15 minutes."

Patterson, 73, is a retired schoolteacher, and served as Royal Canadian Legion Branch 25's first female president from 1999 to 2003.

Among her list of accomplishments with the Legion is her chairing of a very successful 2015 Poppy campaign which raised $73,000.

In fact, Patterson, a Sault native, lived with her parents and siblings in a house across the street from Branch 25's current location on Great Northern Road.

Patterson is the wife of a retired Sault firefighter, the mother of three and grandmother of five, and she remains active not only with the Legion and its programs, but with other groups and various good causes.

Because of her background as a teacher (she worked in the public school system from the early 1960s until her retirement in 1997), Patterson is also involved with the Retired Teachers of Ontario (Northern Ontario).

One free service which Retired Teachers offers is the Battle of the Books program.

"We started that about 10 years ago for children from Grade 4 to Grade 6, we contacted schools that wanted to take part, and we (Retired Teachers and the Legion) bought books straight from the publishers (fiction and non-fiction, which are stored at the Legion office), and have the children who are interested in taking part read them."

"It can be done during school hours or after school…this year we started in January and finished this month."

"The whole purpose is to get kids reading books, good books, rather than kids just reading comic books and things like that."

"From the Retired Teachers, I get people to read each of the books and come up with a list of about 60 questions, one of the members puts the questions on a screen upstairs at the Legion, six kids can sit at each table upstairs and they write down the answers, and another group of retired teachers mark the papers…the schools compete to see which school can answer the most questions."

A trophy is awarded to the winning school, with this year's winner being Pinewood Public School.

"With the Battle of the Books, those kids from Pinewood School that came in first place, they were just bouncing, so happy," Patterson smiled.

Patterson is also the Goodwill chair of the Retired Teachers group.

"Any time a member passes away, I visit the funeral home if I can and make sure their families get a card from Retired Teachers, or if any of them are sick or confined to hospital or their homes for a long time, I make sure they get a card and box of chocolates or cookies at Christmas."

For the past six years, Patterson has also volunteered with the Retired Teachers Vision Screening program, administered in conjunction with the Lions Club.

Through that program, hundreds of Senior Kindergarten pupils in local schools (with both English-language school boards) have their vision tested by trained Retired Teachers and Lions Club members.

A simple vision test is administered and a letter is sent home to the parents of each child tested, indicating there are no concerns or, if necessary, recommendations are made for a child to be taken to an optometrist.

Patterson was recognized for her contributions to the community with the Queen's Diamond Jubilee Medal in 2012.

She has also received awards from the Sault Ste. Marie chapters of the Zonta Club and the Canadian Business and Professional Women's Club.

"I'm not a person who stays home and watches TV, I like to be out with people and doing things, I'm not looking for pay because I have a good pension, I just like to volunteer," Patterson said.

"I don't plan to slow down, I plan to keep doing what I'm doing as long as I'm able."