This swim team from the Sault has raised more than $57,000 for Heart and Stroke 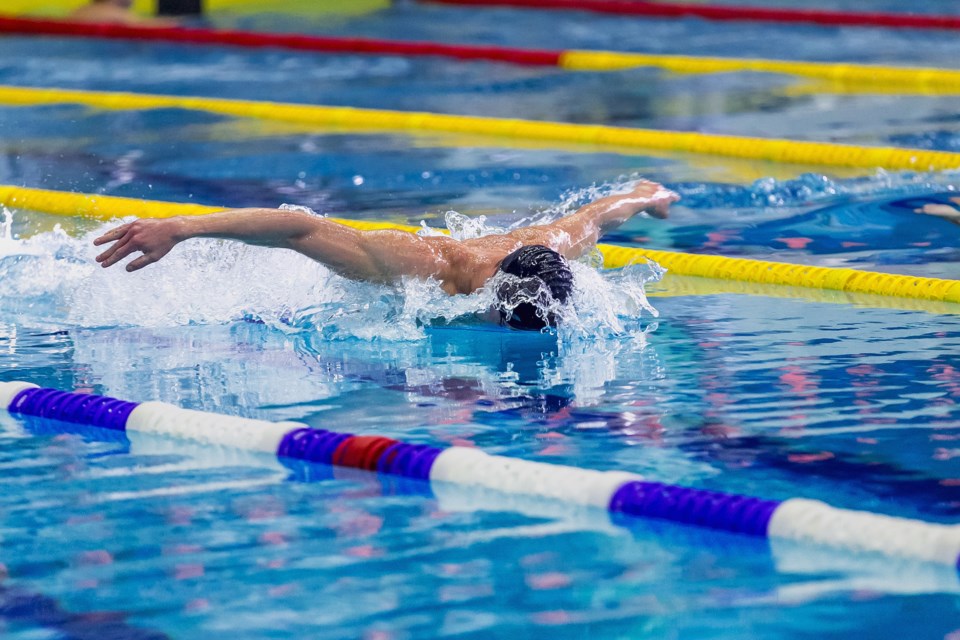 Members of the Soo Masters Polar Bears Swim Team are coming together to raise money for the Heart and Stroke Foundation during the Dr. Hui Lee Memorial Swim at the John Rhodes Community Centre Feb. 21.

The event, now in its 15th year, is a way of honouring the memory of the late Dr. Hui Lee, a former specialist at the Group Health Centre who died at the age of 39 after competing in a Toronto swim meet in the spring of 2004.

“It’s a challenge just to swim the whole distance,” said Lee. “Many of us swim 10 kilometres, but everybody sets their own personal goal. Some people can’t take the day off work, so they just come in and do what they can over the lunch hour.”

“So that’s part of it - it gives us a goal to train for. But it just gives it additional meaning to raise money for the Heart and Stroke Foundation.”

According to the Heart and Stroke Foundation, the Soo Masters Polar Bears Swim Team has raised more than $57,000 for the charity to date.

“Last year was our record - we raised just over $7,000. It’s been going up every year recently, so we’re hoping to match that this year as well,” Lee said.

The Hui Lee Memorial Swim always finishes with a tribute to the late physician-athlete, with members of the Soo Masters Polar Bears Swim Team each doing 25 metres of butterfly in lane four - known as Dr. Lee’s lane - of the swimming pool at John Rhodes Community Centre.

“We always finish our swim with 25 metres of butterfly in his memory, which is a bit hard to do because we’re all quite spent at the end,” Lee said.

“He passed away from heart disease at 39. It was unexpected,” said Lee. “This is just a touching way to keep his memory alive, not just for myself, but everybody.”

The Dr. Hui Lee Memorial Swim in support of the Heart and Stroke Foundation takes place at the John Rhodes Community Centre Pool Feb. 21 from 11 a.m. to 3 p.m.

A Dr. Hui Lee idea becomes reality
May 8, 2006 10:15 AM
Comments
We welcome your feedback and encourage you to share your thoughts on this story. We ask that you be respectful of others and their points of view, refrain from personal attacks and stay on topic. To learn about our commenting policies and how we moderate, please read our Community Guidelines.