From accountant to clergyman to MP, Rob Oliphant has had a multi-faceted career
0
May 10, 2019 1:00 PM By: Darren Taylor 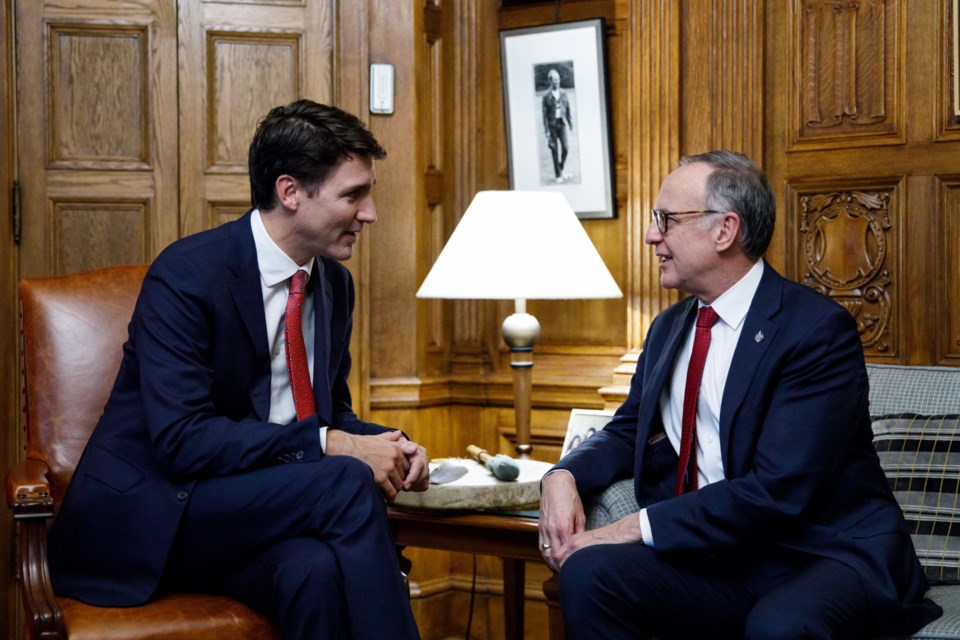 Rob Oliphant, a Sault native who now sits as a Toronto area Liberal MP, was appointed Parliamentary Secretary to the Minister of Foreign Affairs by Prime Minister Justin Trudeau May 3.

“I’m very happy. There are files in Foreign Affairs that are really important to me and critical for Canada, plus I get to work with a superstar minister, Chrystia Freeland, who I think is really quite exceptional as a Minister of the Crown and a representative for Canada on the world stage,” said Oliphant, speaking to SooToday in a telephone interview.

The appointment is Oliphant’s highest to date as an MP, having previously been involved as chair or co-chair of committees on medically assisted dying, public safety and national security and citizenship and immigration.

“There will be a learning curve, however there are issues I’ve been interested in all my life. I grew up in a family in Sault Ste. Marie that followed politics and world affairs every day,” Oliphant said.

“We have some pretty important files that relate to the Sault.”

A former Algoma Steel accounting department employee, Oliphant said “I have steel in my blood.”

“Issues like the tariffs from the U.S. on Canadian steel and aluminum is something I’m very concerned about, as well as softwood lumber.”

Born and raised in the Sault, Oliphant, now 62, lived in the east end and attended Sir James Dunn Collegiate, with family members still residing in the Sault.

“I’m back in the Sault quite often,” Oliphant said, referring to childhood hockey memories and St. Joseph Island maple syrup.

“The Sault is home. I like to tell people I represent Don Valley West in Toronto, and I’m ‘the assistant member of parliament for Sault Ste. Marie,’” adding Sault MP Terry Sheehan is “a great friend...I’m always happy to support Terry.”

Oliphant described his move from the corporate world to being a clergyman as “a seismic shift.”

“It was something I felt compelled to do. I liked that business environment, but I wanted to work at helping people more directly. That was a big part of my decision.”

“I grew up at Central United at Spring and Albert. The church was always a big part of my life and my family’s life,” said Oliphant, who went on to serve for 24 years as a United Church minister in various communities across Canada, most recently in Toronto.

Oliphant made the jump to politics, first elected as Don Valley West MP in 2008, defeated in 2011 but regaining the seat in 2015.

“I’ve always had a concern, not only for the individual who comes to church, but also the world and how we care for the world – to care about people who are left out, human rights, civil rights, poverty – that’s part of the United Church and so instead of talking about from the pulpit, I decided to actually do it and get into politics,” Oliphant said.

Oliphant also credited Terry Murphy, a local lawyer who served as Sault MP from 1968 to 1972 (who died in 2008) and his wife Dorothy (who died May 4, 2019) for first inspiring him to get involved in politics.

“Their family members are great friends of mine.”

Sensory rooms a hit with autism community, five months after their introduction
Feb 14, 2020 2:24 PM
Comments
We welcome your feedback and encourage you to share your thoughts on this story. We ask that you be respectful of others and their points of view, refrain from personal attacks and stay on topic. To learn about our commenting policies and how we moderate, please read our Community Guidelines.