Help for Harrison: Community comes together for five-year-old leukemia patient 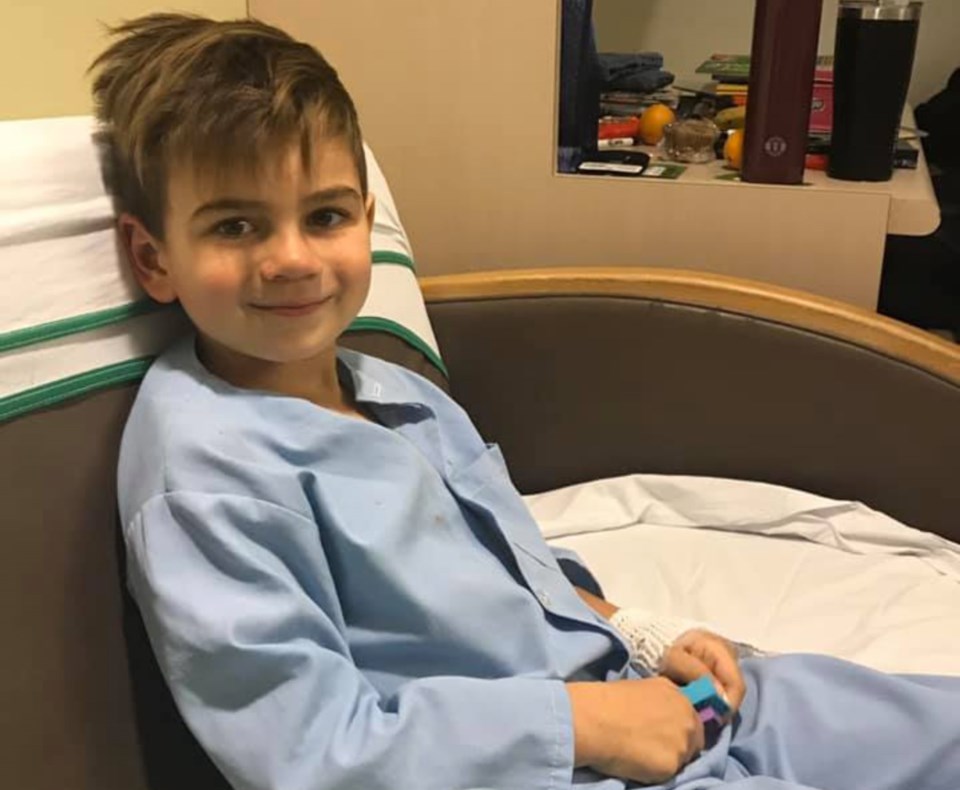 Carly Mowbray is getting ready for a two-day garage sale that she’s hosting at Winnie B’s next week in order to raise funds for the family of five-year-old Harrison Belair, who has been undergoing treatment since he was diagnosed with acute lymphoblastic leukemia this past November.

Mowbray was an early childhood educator at Jessie Irving Children’s Centre when she first met Belair, eventually becoming a caretaker to him and a common presence in his family’s household.

“Harrison, I love him like my very own family,” Mowbray told SooToday Wednesday, while fighting back tears. “Just spending the amount that I have over the past couple years - getting to know him, watching him grow literally from an infant into this beautiful little boy...I don’t know how to explain it.”

Mowbray began reaching out to local businesses recently in an effort to drum up donations for an upcoming fundraiser for Belair and family.

She then reached out to Patricia Bowles, owner of Winnie B’s Vintage Emporium, who suggested that Mowbray simply use the business - and its inventory - to hold a garage sale-type fundraiser.

“It was her idea to have a garage sale, really,” said Mowbray. “I was totally in shock.”

“People are donating a pizza from this place, or a t-shirt from this place - so I was expecting something small, like a nice antique teacup or something like that, right? It was actually her that offered this all to me.”

"...your heart is breaking every day"

Belair’s mother, Allison Dalton, says that her son was originally taken to Sault Area Hospital in early November to deal with a lingering infection.

Two days later, Belair and his mother were transported to Children's Hospital at London Health Sciences Centre via air ambulance.

A week later, Belair was diagnosed with leukemia.

“How any parent would take that news. Horrible - the last thing you want to hear about your five-year-old,” Dalton said of her initial reaction to the diagnosis.

That diagnosis led to Dalton staying with her son in London for his treatment, leaving behind her partner, Richard Belair and her seven-year-old son, Simon for two months.

“It was pretty hard,” said Dalton. “I didn’t know when I left for London that I wouldn’t be back for two months - I just gave Simon a hug in the schoolyard and said, ‘I’ll see you soon,’ and we were just gone.”

“That was pretty hard. It’s definitely brought our family closer together in some ways too, but obviously, it’s a lot of emotional strain, and as a parent, you’re trying to be really strong and really pulled together for your kids - but at the same time, your heart is breaking every day.”

Dalton and her son will now travel back and forth between the Sault and Sudbury for the immediate future until Belair goes back to London Health Sciences for six weeks of treatment in March.

Dalton tells SooToday that she does have access to caregiver leave through employment insurance, but it’s been a “long haul” for a family that was, up until recently, a two-income household.

“I haven’t been working, and I won’t be working again probably until the summer,” she said.

People across the city have been scrambling to offer support to the Belair-Dalton family by way of community fundraising events.

Algoma University will also be using its annual Shoot for a Cure cancer awareness campaign - hosted by the university’s varsity basketball teams - to raise funds for the family during the Feb. 7 event at George Leach Centre.  The university has also set up a GoFundMe page.

Another fundraiser, slated for Feb. 8 at Rankin Arena, is already sold out.

“I don’t have a lot of words for it, because I’m so overwhelmed by the generosity that’s been happening since he’s been down in London,” said Dalton. “A lot of people didn’t know that we were down there for quite some time, but we’ve had support from friends and family since the very beginning, and it’s amazing that this community is doing, and it’s so kind.”

“We’re not a big family - many people don’t know us, so it’s just so kind that even strangers want to do this for our family. The people that have been working on the fundraiser, it’s just amazing to see all the support and donations, and all the people behind the scenes helping as best they can. It’s wonderful. It gives you hope.”

This swim team from the Sault has raised more than $57,000 for Heart and Stroke
Feb 19, 2020 6:00 PM
Comments
We welcome your feedback and encourage you to share your thoughts on this story. We ask that you be respectful of others and their points of view, refrain from personal attacks and stay on topic. To learn about our commenting policies and how we moderate, please read our Community Guidelines.