From roasting pan to centenarian — the Bud Dawson story 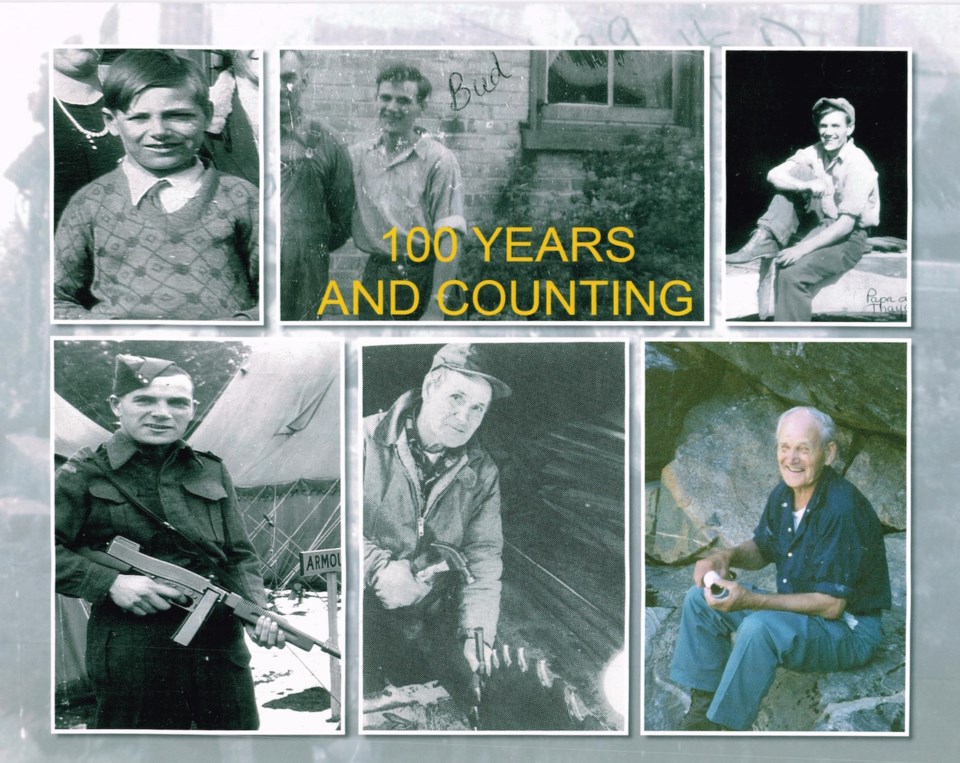 As far as Bev Euale is concerned, her father, Bud Dawson, is one heck of a guy.

When he turned 100 last week, it occurred to Bev that others might want to know more about her dad.

So she sat down and wrote up his story — from his precarious first hours of life to his time as soldier in the Second World War, and of course his love of root beer.

She asked us if we would share it. So here it is, the Bud Dawson story, as told by his daughter, Bev Euale:

He rang the phone to notify Doc Gimby that the unexpected delivery had occurred.

The doctor looked at the dark night, considered the horse and cutter already put away in the barn.

The snow-covered roads were a barrier between him and the child he felt sure could not last the night anyway.

He advised the father that the newborn would probably not make the night, and suggested the dad do his best to keep the baby warm.

Doc Gimby offered to come by in the morning to check on the mother.

The father snuggled the baby into blankets, opened the wood stove's oven door and placed him in the roast pan onto the open oven door.

Life had been very good to the child. His mother was always concerned that he would have difficulty holding a job because he was small, so she taught him to be a cook in his father's logging camp.

He describes an amazing life.

He remembers running home from Red Rock on Lake Superior after working a full day at logging. He ran to get to the Princess Theatre for a Saturday night movie.

In the morning Bud gathered up mail for the camp and walked back to Red Rock.

When the Second World War broke out, he signed up in an attempt to see the world. After seeing the forests of British Columbia, he ended up in the Aleutian Islands and has so many funny stories of his experiences there.

Their job was to secure the coastal islands from an invasion by the Japanese forces. He says he probably was the only soldier who gained weight in the service, since he found the work and exercise so much easier than at his father's logging camp.

He returned home to work for W.I. Thayer and continued at Thayer Lumber Company as the sawyer until he retired at the age of 80 years.

Bud could never understand why people needed to have a coffee or smoke break. He thought they should eat a good breakfast and wait for lunch, because breaks were just a waste of time.

His day began as he whistled his way out of the house and off to work. To this day, he enjoys walking through the trees and forests of our area.

Life has been good to Bud, who describes himself as feeling like a million dollars. He never smoked or drank, a promise he made as a young man long ago to his concerned mom.

Bud's worst habit is his enjoyment of root beer, and a continuous flow of candies that are always found in his pockets or close by on a table.

With one hundred years behind him, Bud is still making plans for this summer.

His favourite part of his birthday will certainly be getting a birthday card from the Queen and other dignitaries, followed of course by a delightfully sweet birthday cake.

After all, he says, he doesn't need a thing, but always enjoys a sweet.