It’s unlikely they’ll appear in a game, but the Winnipeg Jets recalled six more players from the Manitoba Moose after their season came to an end.
Apr 17, 2019 2:59 PM By: Global News 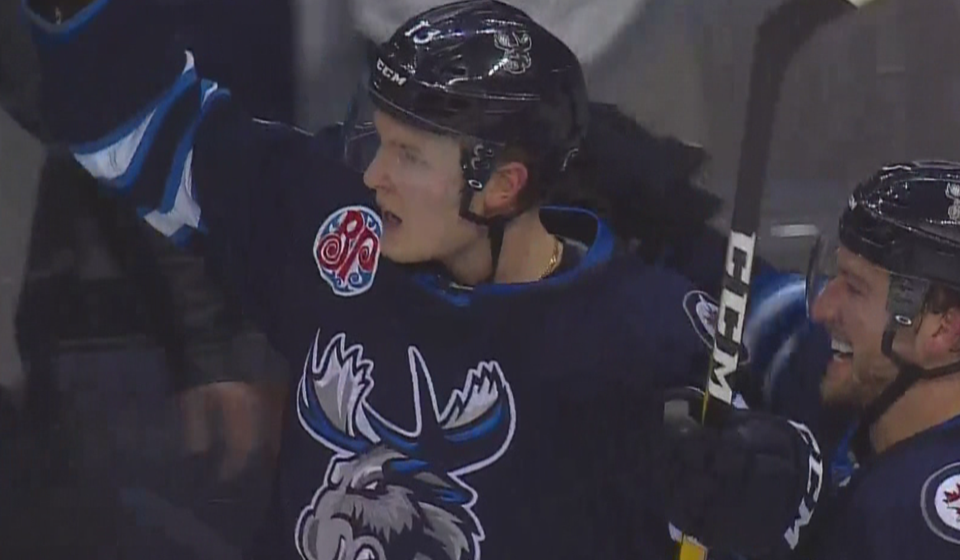 It’s unlikely they’ll appear in a game, but the Winnipeg Jets recalled six more players from the Manitoba Moose after their season came to an end.

Forwards Mason Appleton, Marko Dano, Logan Shaw, and Kristian Vesalainen, along with defencemen Cameron Schilling and Logan Stanley were all called up from the AHL team on Wednesday.

The so-called “black aces” will practice with the team throughout the playoffs and will be available to play if a glut of injuries strike the team.

Appleton, 23, is the most likely of the six to appear in a playoff game. He played in 36 games with the Jets earlier this season where he had three goals and seven assists.

Vesalainen, 19, played in five games with the Jets to start the season where he recorded one assist before being reassigned to the Moose. He scored four goals with nine assists in 22 AHL games.

Schilling, 30, also spent time with the Jets earlier this season. He had one assist in four games with the Jets.

Dano, 24, returns to the Jets for the first time since they placed him on waivers back in November. He had 12 goals and 18 assists in 51 games with the Moose this season.

Eric Comrie was recalled earlier in the week to serve as the Jets’ third string goaltender.

READ MORE: Winnipeg Jets recall Eric Comrie to back up the backup

The Jets and St. Louis Blues are tied at two games apiece in their first round playoff series. Game 5 is scheduled for Thursday at Bell MTS Place.

One-year-old boy found outside in Scarborough by Uber driver reunited with parents
Oct 29, 2020 7:52 AM