This story is part of a special on western alienation. Click here for more coverage. On a snowy fall morning near Iron Springs, Alta. it was business as usual at Kolk Farms.
0
Dec 9, 2019 8:00 AM By: Global News 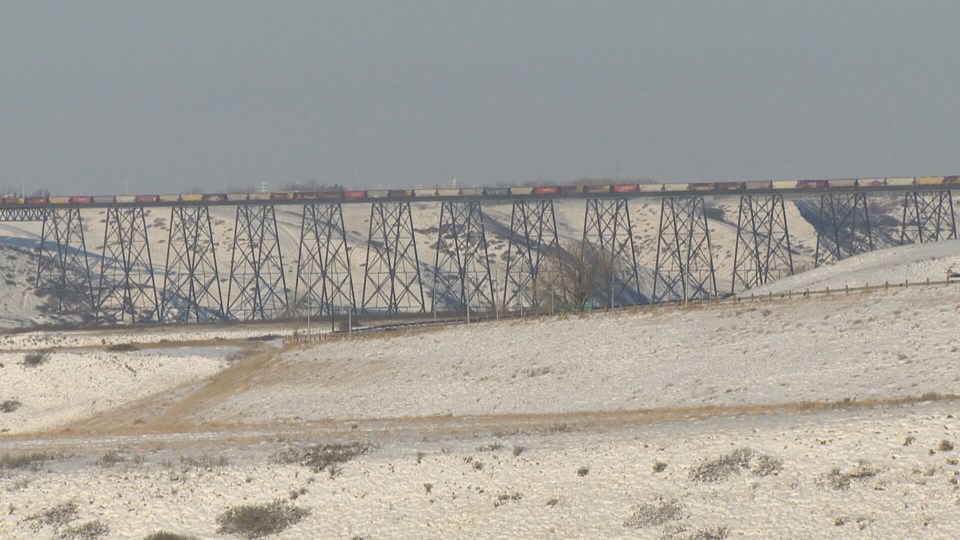 This story is part of a special on western alienation. Click here for more coverage.

On a snowy fall morning near Iron Springs, Alta. it was business as usual at Kolk Farms.

Leighton Kolk runs his family’s farming operation, located about a half-hour drive north of Lethbridge, with more than three decades of experience in the cattle business.

After a summer of challenges that included weather woes and trade disputes, Kolk says business these days is alright, but he understands why there is frustration among many Albertans as the province struggles to claw its way out of an economic downturn.

“It’s been a producing province and we love all our consumers wherever they are, but we still need to have the ability to do business,” Kolk said.

Kolk believes there is a disconnect between what’s important to primary industries like agriculture and the federal government in Ottawa, but amid growing separatist sentiments in parts of Alberta, he doesn’t believe breaking up the country is the answer to the province’s economic woes.

“Recognizing the value of each player, each province, each government is a much better approach,” Kolk said.

Agriculture is among the industries that have helped shield parts of southern Alberta from the energy downturn.

READ MORE: Landlocked oil problem would not be solved by Wexit: expert

Conditions one expert believes are helping to mitigate pro-separatist views.

“Some way or another we (Albertans) have to diversify the economy,” said Trevor Harrison, a political sociologist and professor at the University of Lethbridge.

“Southern Alberta has done that to some extent, the rest of the province has to do that as well.”

Back on the farm, Kolk hopes inter-provincial fences can be mended, with every player getting an equal say.

Big White Ski Resort hosts 2020 Snowboardcross World Cup
Jan 25, 2020 1:21 PM
Comments
We welcome your feedback and encourage you to share your thoughts on this story. We ask that you be respectful of others and their points of view, refrain from personal attacks and stay on topic. To learn about our commenting policies and how we moderate, please read our Community Guidelines.