‘There are no two sides’ to vaccine debate, N.B. education minister says

New Brunswick Education Minister Dominc Cardy kicked off a sitting of the standing committee on law amendments regarding mandatory vaccinations for school children with a call to protect children in the public school system.
Aug 27, 2019 10:56 AM By: Global News 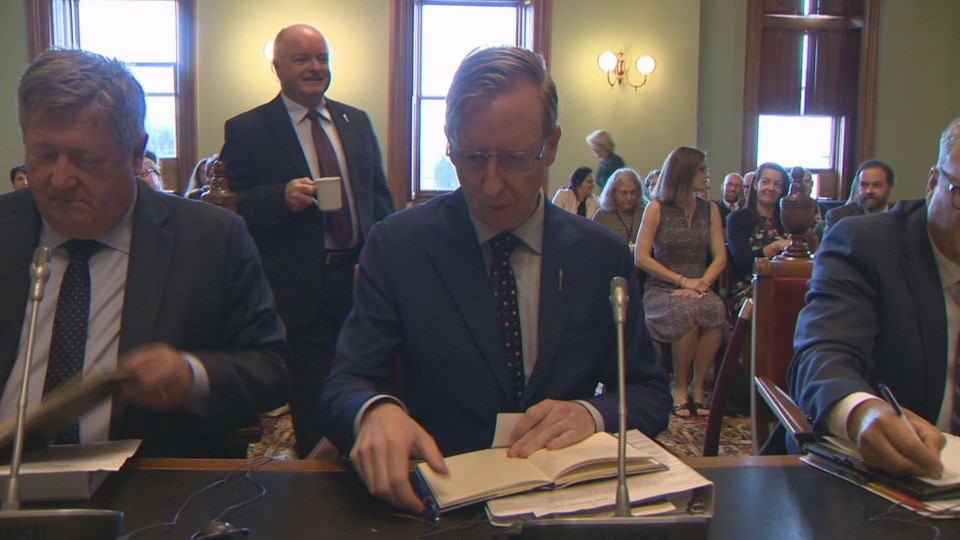 New Brunswick Education Minister Dominc Cardy kicked off a sitting of the standing committee on law amendments regarding mandatory vaccinations for school children with a call to protect children in the public school system.

A three-day hearing on proposed amendments to the province’s vaccine bill that would remove non-medical exemptions for children in the public school system got underway on Tuesday, with two hours of testimony from Cardy who began with a short history of the worldwide anti-vaccine movement.

Cardy argued that this is not about the science of vaccines, which is clear, but rather about the safety of the public school system.

“We’re not here to have a scientific debate. I’m not a scientist. I don’t believe anyone else around the table here is a scientist,” Cardy said.

“This is a question about what is an appropriate step for the government of this province to take in protecting the citizens of this province. That is the discussion that we’re having.”

For those who do not wish to have their children vaccinated, Cardy said they have other options than the public school system to educate their children.

“There are options for parents that believe fundamentally … that vaccines are dangerous or wrong, regardless of how unfounded and dangerous those views might be. Those parents still have a choice. There are a range of schools in the province that will accommodate those parents who believe that misinformation,” he said.

Cardy says at a threshold of two per cent of unvaccinated students, there would be “catastrophic” consequences for the system. Currently there are 1,618 students who have exemptions, which is 1.6 per cent, he said.

The numbers do not, however, include the 18 per cent of records that are incomplete. Cardy also says there is a 3 per cent vaccine failure rate, leaving a 2 per cent threshold to meet the 95 per cent vaccination target.

During the question-and-answer portion, Cardy said any parent can choose to have their child home-schooled or sent to a private school, but that if they want to send their child through the public system they should be vaccinated for the protection of others.

Severe thunderstorm warnings in effect for parts of central Alberta, Edmonton under watch
Jul 9, 2020 11:37 PM
Comments
We welcome your feedback and encourage you to share your thoughts. We ask that you be respectful of others and their points of view, refrain from personal attacks and stay on topic. To learn about our commenting policies and how we moderate, please read our Community Guidelines.