Daleen Kay Bosse was a Cree woman from Onion Lake Cree Nation, Sask. She was 25 years old, married and studying to become a teacher while raising her young daughter.
Dec 9, 2019 7:00 AM By: Global News 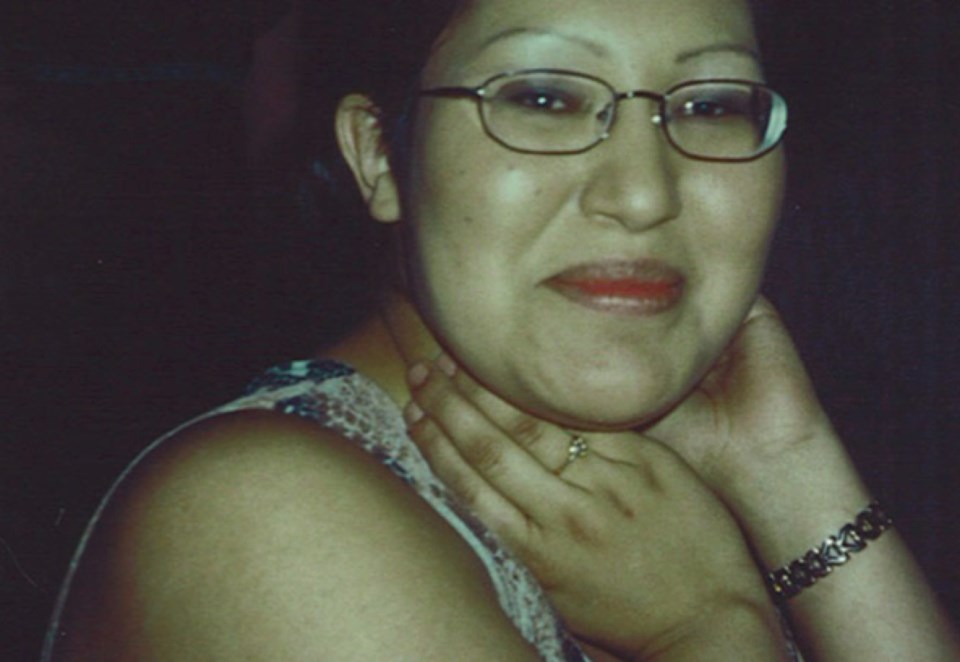 She was 25 years old, married and studying to become a teacher while raising her young daughter. She had grown up wanting to be a doctor or a lawyer, but she ultimately picked teacher’s college — just like her parents. You see their pride in a family slideshow.

READ MORE: Have headlines on violence against women changed in 30 years?

In photos, Bosse is the person perpetually smiling with her arms wrapped around friends and family. In headlines, Bosse is a missing woman and then a murdered woman. She’s one of the thousands of missing and murdered Indigenous women and girls (MMIWG) in Canada, whose grieving loved ones have been calling for answers, and for justice.

When the long-awaited MMIWG inquiry report came out six months ago, it included 231 recommendations for Canada, meant to make Indigenous women and girls safe. It was also a chance for some families, like Bosse’s, to feel heard.

“The inquiry gave us a voice as family members,” says Pauline Muskego, Bosse’s mother. “So that our stories could be told.”

In 1989, the École Polytechnique massacre propelled the issue of gender-based violence to the fore of the Canadian consciousness, putting women’s rights and feminism under the microscope. Yet, 30 years later, to be a woman in Canada still means living with risk — to live knowing that, on average, a woman is killed every other day, that once a week a woman is murdered by her partner and that one in three women will experience some form of sexual violence over the course of their lives.

READ MORE: Feminism met gunfire at École Polytechnique. It’s taken 30 years to call it what it was

That risk is even greater for Indigenous women, despite decades of reports — such as the one produced from the MMIWG inquiry — providing Canadians with clear roadmaps to address the structural forces, like colonialism, underpinning the violence. But last week, the federal government said it would be another six months until an action plan would be ready. That means families like Bosse’s and thousands of other Indigenous people who’ve been offering and asking for solutions are left to wait — again.

Criticism is mounting for Canada to act faster.

“It’s time for everyone to act,” Muskego says.

Daleen Bosse, 25, was married with a young child and nearing completion of her teaching degree at the University of Saskatchewan when she was killed in May 2004.

For Indigenous women like Pamela Beebe from Kainai Nation in southern Alberta, the stakes are high.

Beebe grew up seeing and experiencing violence from both Indigenous and non-Indigenous people. The decades of thick reports and subsequent recommendations unfulfilled means she has to teach her teenage daughter that she is more at risk as an Indigenous woman.

Those conversations appear now in the poetry her young daughter writes, says Beebe, who works as an Indigenous cultural education specialist at the University of Calgary.

“She’s young, she shouldn’t have to have this on her shoulders,” Beebe says. “I wish she didn’t even have to know about it, but she does.”

There is no one single solution to such a complex issue. Beebe knows that. And yet, she says, Canadians aren’t even having the right conversations at the right times.

“General Canadians are still learning what happened to our communities, so when the word genocide comes up, they don’t see it because it’s not visible,” Beebe says. “But the conversation has been ongoing in Indigenous communities.”

READ MORE: One woman’s 25-year fight to find the person who killed her sister

Beebe wishes Canadians had talked about genocide against Indigenous peoples years ago, so that the conversation could — then and now — focus on ending the epidemic of missing and murdered Indigenous women and girls.

Genocide is one word in a report whose extensive recommendations include that the Criminal Code be amended to consider violence against Indigenous women and girls an aggravating factor at sentencing and that the government fund and support programs that teach Indigenous children and youth how to deal with threats and exploitation.

“Those 231 calls to action, they should have been addressed,” Beebe says. “It shouldn’t just be about whether we agree or don’t agree that genocide happened. It should be, ‘Where do we go from here?’”

Almagro, the secretary general whose organization represents 35 independent states of the Americas, has been pushing for six months for Canada to create a panel to look into the MMIWG inquiry report’s finding that the country carried out genocide against Indigenous peoples.

Canada’s responses to the idea have been “evasive,” he says. That’s not acceptable, says Almagro, calling Canada’s treatment of Indigenous women and girls worse than just a “double standard.”

“They are not equal in any sense at all,” he says. “Native women, they are below whatever standard of rights there is in the country. … These are basic rights that are assured to most Canadians, so why are they not assured to the native people?”

READ MORE: The RCMP was created to control Indigenous people. Can that relationship be reset?

While the government develops an action plan to implement the inquiry’s recommendations, rates of violence against Indigenous women seem stuck at high levels. Indigenous women were five times more likely than other women to die a violent death, according to 1996 figures.

The actual rate could be even higher than anyone knows. Per the inquiry’s investigation, “no one knows an exact number of missing and murdered” Indigenous women, girls and gender-diverse people because thousands of deaths have “likely gone unrecorded.”

READ MORE: The B.C. killings got instant attention, yet crimes against Indigenous women get less. Why?

“Trying to grab the attention of policymakers and decision-makers has been around for a really long time,” says Naomi Sayers, an Indigenous lawyer from Garden River First Nation in Ontario.

Sayers would like to see the government take action sooner rather than later, but she won’t hold her breath — especially since the government said it needed a full year after the report’s release to come up with an action plan.

“They were waiting for this report to come, they knew it was coming, and it’s almost as if they’re just doing more reports and there’s more waiting.”

Part of the problem, she says, is how little Canadians seem to question longstanding “policies and practices of longstanding institutions, like policing agencies and the court systems, and how they create that risk.”

In that gap, Sayers says, there is a tendency to view Indigenous women and girls as “at risk, meaning they shoulder the responsibility of keeping themselves safe.”

Indeed, it’s troubling how Indigenous women are often portrayed “through this kind of criminal or victim paradigm,” says Sarah Hunt, an assistant professor at the Institute for Critical Indigenous Studies and the department of geography at the University of British Columbia, who is Kwakwaka’wakw from the Kwagu’ł people of Tsax̱is.

She remembers her daughter’s kind heart and her laughter.

“She was described as wearing rose-coloured glasses,” Muskego says.

“She always saw the good in people. I want the public to see her as a person.”

—With files from Jasmine King and The Canadian Press

For a list of resources if you need help, go here.

Our reporting doesn’t end here. Do you have a story of violence against women, trans or non-binary people — sexual harassment, emotional, physical or sexual abuse, or murder — that you want us to look at?