Snowy Sunday forces many to dig out in the Kingston area

Kingston’s first snowstorm of the new year died down early Sunday morning. The wicked weather system made driving treacherous and forced the cancellation of some events. For many, Sunday was a time to dig out.
0
Jan 19, 2020 7:16 PM By: Global News 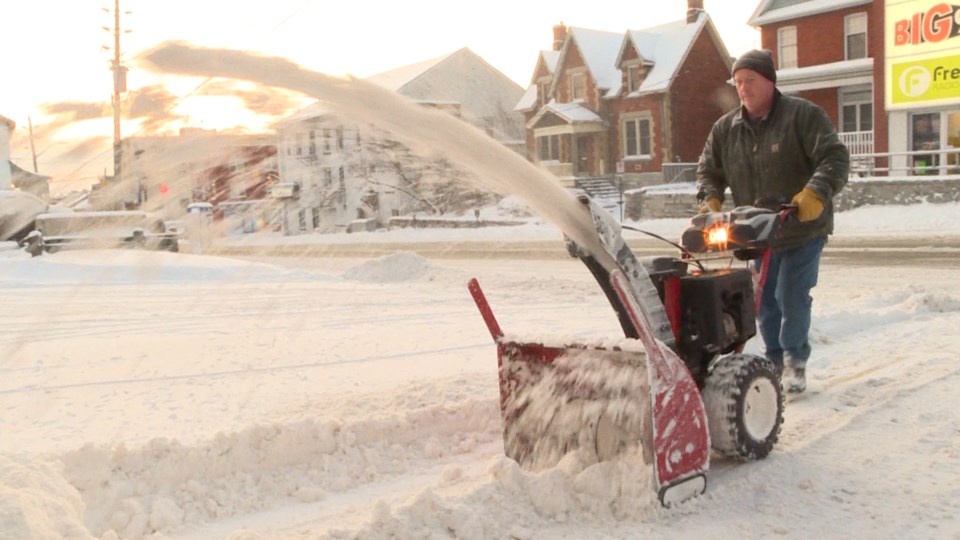 The wicked weather system made driving treacherous and forced the cancellation of some events.

For many, Sunday was a time to dig out. It was also a time to lend a helping hand.

Laura Garcia-Cervantes was one of those people. She was on her way to church when she picked up a shovel.

“No, this isn’t my driveway here, I’m doing it (for) my neighbour. No, I don’t have too, but I feel like that might return the favour someday. They might not, whatever, just pass on some kindness.”

John Kenny was also busy with a shovel in Kingston on Sunday morning.

“Our community is everything around here, you need to stick together,” he said. “Especially in bad times, people always need a hand and I help out at St. John’s shoveling too down the street, so I do a lot of work, keep busy and try to help out who I can.”

Sally Van Luven’s snow-covered pick-up truck and driveway were the focus of Kenny’s attention when she spoke to Global News.

“John has been shoveling me out for, oh, about two or three years now,” Van Luven said. “He’s just a lifesaver. There’s no way I could shovel at my age and everything else I have to do. He comes and I don’t even have to call them, he’s always here.”

Almost everyone we spoke with, including Morgan Mainguy, agreed Kingston got off easy compared to what happened on the East Coast.

“I used to live there for about five years so I know how bad (it can get); it’s probably about one of the worst winters I’ve seen out there.”

Mainguy says her heart goes out to those out East digging-out.

“Oh gosh yeah, I can’t even imagine having to go through that. Sometimes you can’t even find your car.”

That wasn’t the case here. The Kingston-area received around 20-centimetres of snow over the course of the storm.

Thousand Islands Bridge access to U.S. blocked east of Kingston due to Wet’suwet’en protests
Feb 17, 2020 1:30 PM
Comments
We welcome your feedback and encourage you to share your thoughts on this story. We ask that you be respectful of others and their points of view, refrain from personal attacks and stay on topic. To learn about our commenting policies and how we moderate, please read our Community Guidelines.