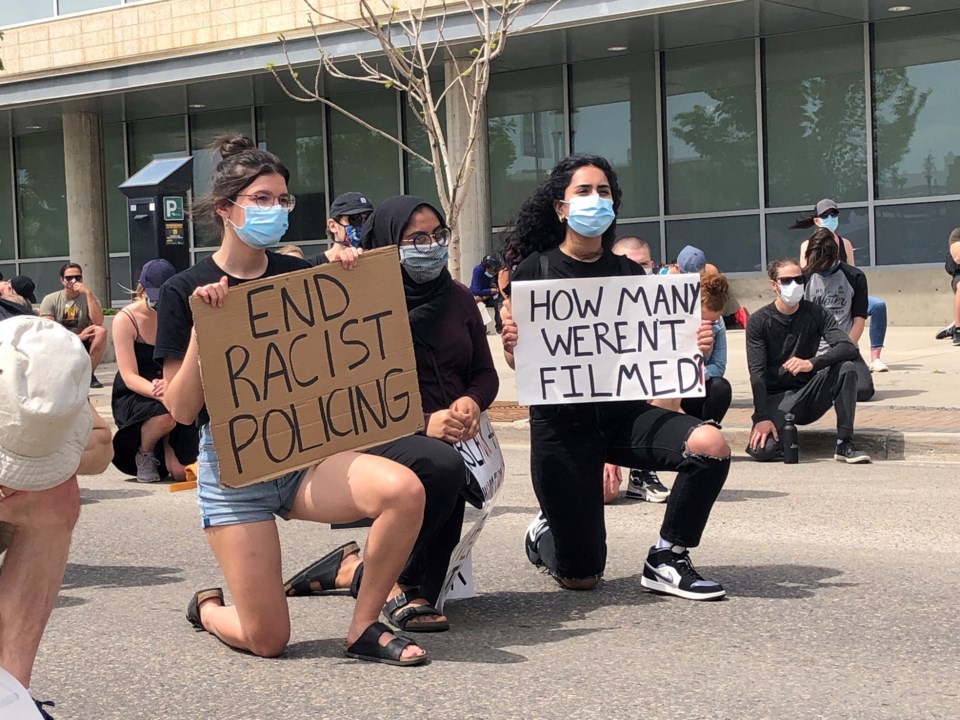 A Saskatoon business is being boycotted after its owner made comments some have called racist over social media.

“Want to get rich quick? Open a Chick-fil-A stand at a Black Lives Matter protest. You will probably just wind up being robbed and beaten,” Steve Sarich wrote.

Later in that post, the owner of the custom T-shirt and body piercing shop apologized, saying, “It was stupid and was not meant to be hurtful.” He also went on to say in “this new world order, it’s not acceptable.”

The Saskatoon Anti-Racism Network said it takes more than an apology to get past racist comments.

“This is just simply not enough because it’s not really about becoming a better person or about listening. Racism is not a moral problem. It’s a political problem that requires political and systemic solutions,” co-ordinator Manuela Valle-Castro told Global News.

Black Lives Matter YXE added that Sarich has reached out to them, but they will not be responding to him.

“We are not a badge of approval for businesses or accused racists to put on display in order to deflect criticism,” the group said in a statement. “Having friends of colour or making donations is not the solution or quick fix. It is insulting and disingenuous to people of colour when we are used for excuses.”

The Saskatoon Anti-Racism Network hopes this is a learning experience for other business owners.

Valle-Castro added that the boycott isn’t meant to be punishment, but rather customers deciding where they’re comfortable spending their money.

“They want to know what these businesses stand for. So it’s community accountability. It’s going to continue to happen and we encourage it,” she said.

Valle-Castro said the boycott came to life after a former employee of the store brought attention to Sarich’s remarks.

The post has since been shared numerous times on Facebook, with people commenting that they will be staying away from Schmatta.

Valle-Castro and Black Lives Matter pointed to numerous groups in the city working towards anti-racism, like Standing Up For Racial Justice, which community groups, businesses and individuals can be involved in.

COMMENTARY: Canada’s coronavirus response has not been as great as we like to think
Aug 3, 2020 7:00 AM

Man drowns in North Saskatchewan River in Parkland County
Aug 2, 2020 9:53 PM
Comments
We welcome your feedback and encourage you to share your thoughts. We ask that you be respectful of others and their points of view, refrain from personal attacks and stay on topic. To learn about our commenting policies and how we moderate, please read our Community Guidelines.