A proposal to name a future light-rail station in Montreal’s Griffintown neighbourhood after late premier Bernard Landry continues to spark outcry in the city’s Irish community.
Dec 9, 2019 10:38 AM By: Global News 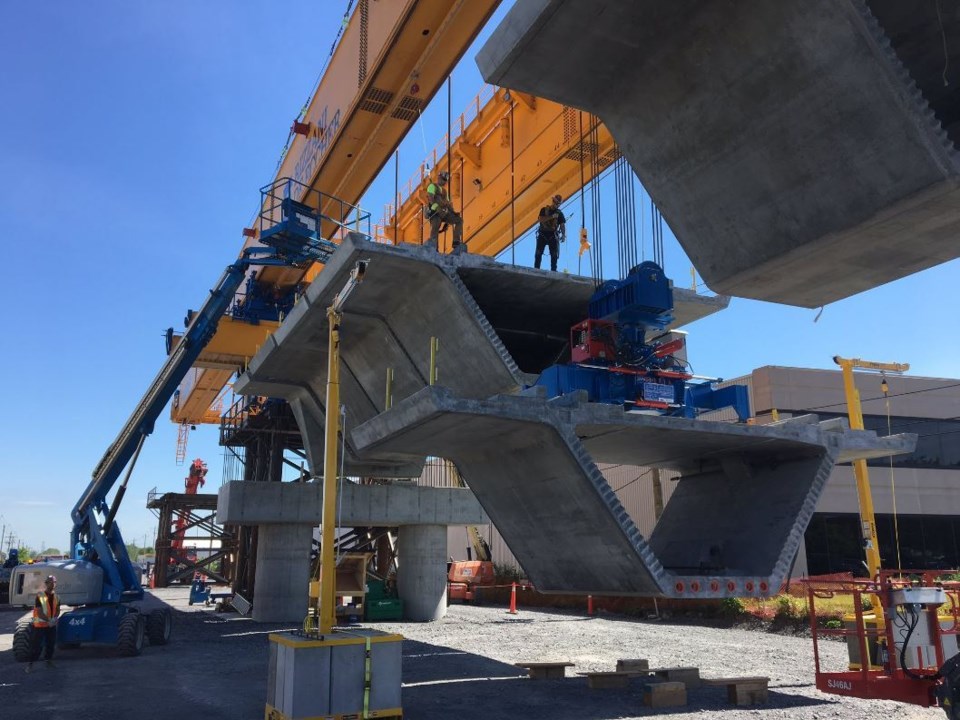 A proposal to name a future light-rail station in Montreal’s Griffintown neighbourhood after late premier Bernard Landry continues to spark outcry in the city’s Irish community.

Donovan King, a tour guide in the city who sits on the board of directors for the Irish Monument Park Foundation, is the latest voice to speak out against the suggestion.

In an open letter to Montreal Mayor Valérie Plante, he argues that the Irish community built Griffintown and that it is offensive to its descendants if the Réseau express métropolitain (REM) station is named after Landry.

“I am advising you, as your ambassador, to withdraw the proposal out of respect for the Irish community during this period of deep mourning,” he wrote.

The proposal is creating “much sadness, anger and mistrust” within the community as remains have been dug up during REM excavation at the site, according to King.

In late November, archeologists digging at the site in Griffintown discovered bones that they believe belong to some victims of the Irish potato famine.

In 1847, more than 70,000 Irish refugees came across the ocean in hopes of creating a new life in Montreal. Of them, 6,000 died from a typhus epidemic upon disembarking on the shores of the St. Lawrence River.

Earlier in the month, Montreal’s Irish community also spoke out against the city’s plan to name the future REM station after Landry. Fergus Keyes, a director of the Montreal Irish Memorial Park Foundation, said that doing so is an insult to Irish heritage.

The Plante administration has stood by the plan, saying Landry did a lot for Montreal and Quebec. In November, her office said in a statement that naming the station after him is appropriate given that Landry wanted to develop the Cité du Multimedia.

In his letter, King suggests instead naming an area near Duke and Brennan streets, which is currently home to a dog park, after the late premier.

The REM has said it is open to the city’s proposal but will establish a committee to organize the naming of stations.

— With files from Global News’ Amanda Jelowicki and the Canadian Press