In the wake of a dramatic chairlift rescue at Grouse Mountain, an image of another nerve-wracking close call on a B.C. ski lift has emerged.
Mar 3, 2019 7:01 PM By: Global News 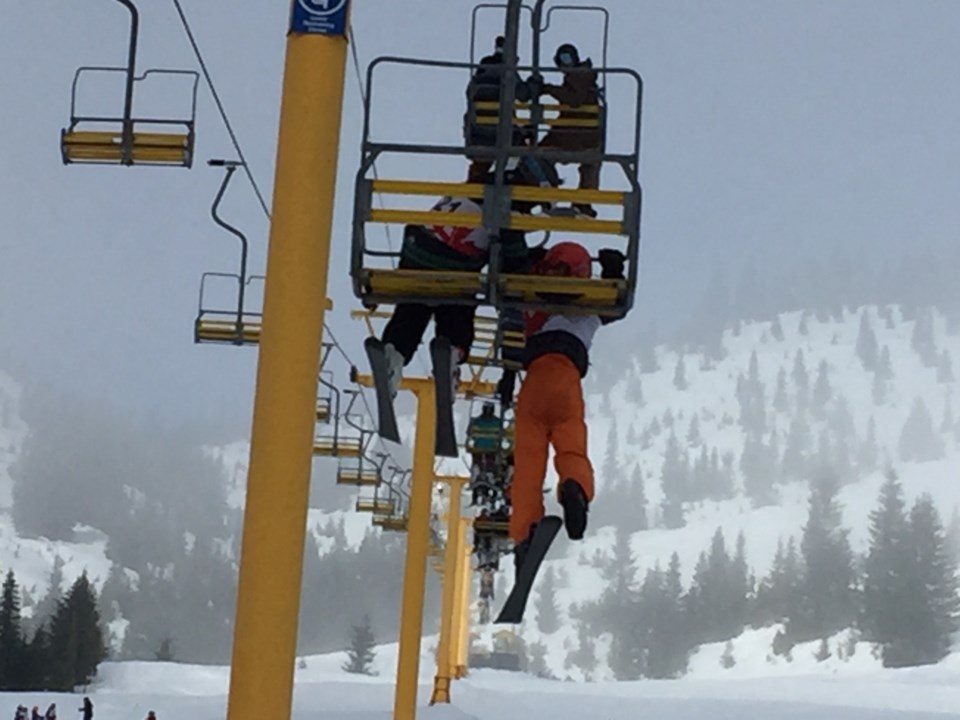 In the wake of a dramatic chairlift rescue at Grouse Mountain, an image of another nerve-wracking close call on a B.C. ski lift has emerged.

Steve Perry witnessed the incident while he was with a local school ski group at Sasquatch Mountain Resort near Agassiz on Jan. 26.

“Somebody lost their ski poles right at the loading ramp, and I actually tried to grab them, figured somebody would need them up top … and I looked up, and there was a kid dangling from the chairlift in front of me,” said Perry. “I yelled at the attendant to stop the lift, and they stopped it.”

Perry said the boy was about 100 feet from the loading ramp at the time, and the child was dangling 20 to 25 feet above the ground, held onto by their parent.

“It was actually pretty impressive. I’d say within three to four minutes, there was probably four to five ski patrol there,” he said.

He said the boy kicked off his skis and dropped to the staff below, who partially caught him.

“He did walk away,” Perry said.

Perry theorized that the child became dislodged from his seat when his poles got caught at the loading gate but said didn’t see exactly what went wrong.

Sasquatch Mountain Resort director of operations Randy Murphy said the mountain has conducted an internal investigation but also isn’t sure how the child ended up dangling from the lift.

He described the incident as “incredibly rare” and said staff are trained on what to do if someone falls from a lift.

He said that, depending on the location, ski patrol would either use with a ladder or a firefighter’s net to assist someone in danger of falling from a chairlift. In this case, he said crews were assembling the net when the youngster dropped down to staff.

Murphy said the child was unhurt in the incident.

“The child is perfectly fine, no injuries whatsoever,” he said.

“He was skiing that afternoon.”

Saskatoon business boycotted after owner’s Facebook comments on BLM protests
Jul 13, 2020 2:57 PM
Comments
We welcome your feedback and encourage you to share your thoughts. We ask that you be respectful of others and their points of view, refrain from personal attacks and stay on topic. To learn about our commenting policies and how we moderate, please read our Community Guidelines.