A bill that’s set to become law and protect Ontario’s livestock industry from anti-meat activists is likely to be challenged once the government completes drafting regulations.
Aug 13, 2020 11:53 PM By: Global News 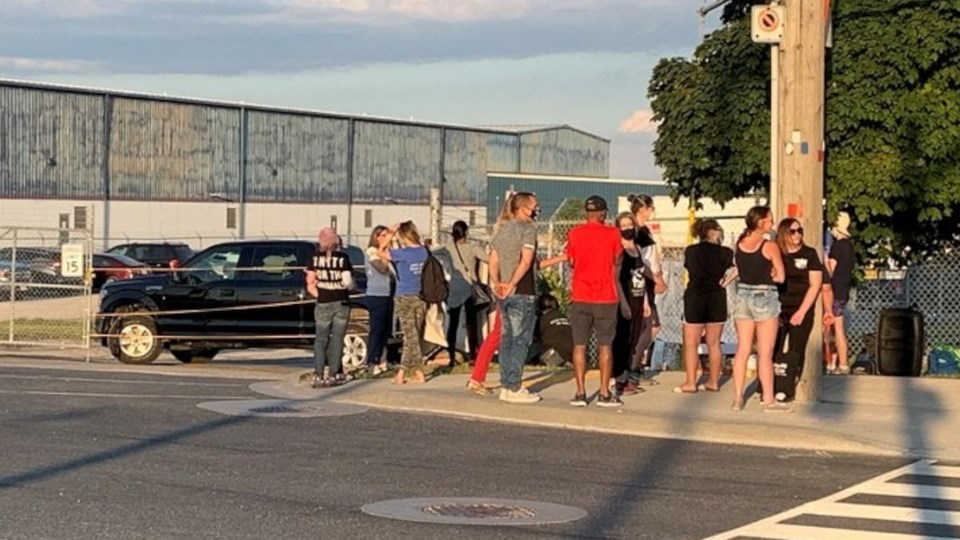 A bill that’s set to become law and protect Ontario’s livestock industry from anti-meat activists is likely to be challenged once the government completes drafting regulations.

The Food Supply Protection Act (Bill 156), which received royal assent in mid-June, generally limits interactions between the public and any element of the food supply business including farm animals, truckers and farmers.

After public input and the drafting of regulations by the province, the law is expected to be challenged by a number of groups who contest it would shut down lawful protests of the farming community.

“It would prevent anybody from interacting with pigs on a truck or from taking photos of them in their final moments, most likely. And it would also shut down undercover investigations into factory farms.” Animal Justice Executive Director Camille Labchuk told Global News.

Agriculture Minister Ernie Hardeman proposed the law in 2019 alleging it would help ensure the biosecurity of the province’s food supply while also striking a balance that ensures the right to protest.

The move came after some high-profile incidents in recent years headlined by Toronto resident Anita Krajnc‘s effort in 2015 to give water to pigs on a truck taking them to slaughter at pork processing plant in Burlington.

Animal rights groups, such as Toronto Pig Save, Animal Save Movement and Animal Rebellion, have been vocal about the bill, having launched petitions and websites opposing the legislation in the past year.

The bill proposes to penalties of up to $15,000 for a first offence and $25,000 for subsequent offences tied to trespassing or obstructing vehicles carrying farm animals.

Samuel Trosow, an associate professor of law at the University of Western Ontario, believes the bill will face a number of legal challenges due to “constitutional problems” in the way it was written.

Trosow says, as drafted, the provision violates section 2(b) of the Canadian Charter of Rights and Freedoms which in essence protects everyone’s freedom of expression and freedom of the press.

“It makes it much harder and much riskier for activists, investigative journalists or even employees who are just working there to report bad conditions,” Trosow said.

He goes on to say the bill appears to be ‘unnecessary’ since the province already has laws that prohibit trespassing on private property.

“If the problem is lack of enforcement of the existing Trespass to Property Act, as several opponents have suggested, that could be addressed without the need for legislative amendments,” said Trosow.

Vice-president of Brussels Transport Ltd Tyler Jutzi hopes Bill 156 will be the answer to the ‘unsafe situations’ his drivers face, but admits he’s a bit skeptical.

“We hope Bill 156 will finally get the police to do their jobs, but I don’t know, though,” Jutzi told Global News.

It was a Brussels Transport truck that was involved in the fatal accident that killed activist Regan Russell in front of Sofina Foods in Burlington, Ont. in mid-June.

Jutzi says not only is his driver facing a careless driving causing death charge but he’s been the focus of threats by animal activist groups on social media.

“These activists have no regard for how big, heavy and how many blindspots there are on a tractor trailer,” said Jutzi.

“It’s a four-lane road in front of Sofina, and they typically run across the four lanes to get in front of trucks and cars are zipping by. Police just watch it happen. They create a safety issue for sure.”

A spokesperson for the Ministry of Agriculture says the public will be able to weigh in on Bill 156 with Ontario’s Regulatory Registry at some point, but did not reveal when.

“Once posted, there will be an opportunity to comment on the minister’s regulation before the content of the regulation is finalized,” the ministry told Global News in a statement.

Labchuk, who refers to the legislation as an ‘Ag-Gag’ law, says she expects it to be challenged after its finalized.

“Those laws were passed in a number of US states around 2010, and many of them have now been struck down in court.”

Trosow concurs with Labchuk and says there’s ‘no question’ that, as written, that the law will be considered a constitutional violation.

“There’s no question about it,” Trosow said, “And the fact that they’re going to fill in some details with regulations, I doubt is going to save it.”