An NDG woman who manages a neighbourhood Facebook page was challenged with a sweet but lofty cooking goal, all in the name of charity.
Dec 10, 2019 11:32 PM By: Global News 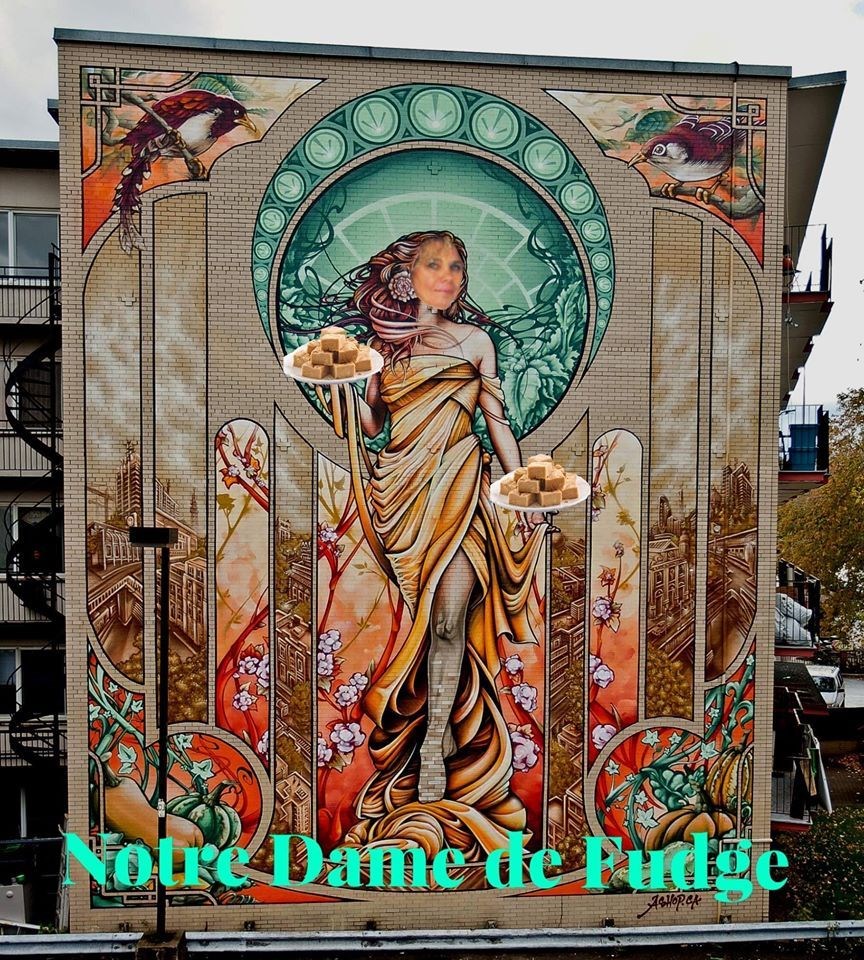 An NDG woman who manages a neighbourhood Facebook page was challenged with a sweet but lofty cooking goal, all in the name of charity.

On the 16th day of Barbara Sidorowicz’s crazy cooking adventure, she still has dozens of pounds of butter, dozens of bags of sugar and a box of cans of evaporated milk sitting in the middle of her dining room.

“I’ve cleared out the butter at two Provigos,” Sidorowicz said.

All the ingredients are waiting to be turned into fudge.

“I’ve probably made close to 500 pounds of fudge,” Sidorowicz said, while keeping a watchful eye on the stove, where she has four pots of her mix waiting to boil.

It all started as Sidorowicz’s small project to make 100 pounds of fudge for charity. But then two local contractors noticed what she was doing after she posted on the Facebook community group she manages, called NDG Living.

So they upped the ante.

“I was in it to see Barbara sweat,” said Jonathan Asselin of Rénovations Nouvelle Vie.

Asselin, along with Alex Montagano of Restore Montreal, challenged Sidorowicz to make another 100 pounds in only one weekend. If she succeeded, they’d buy it all for $1,000.

“At that time, I didn’t think we would raise that much money and I went ‘sure, great’. So this weekend I worked like a crazy person and made 130 pounds of fudge,” Sidorowicz said.

“I really don’t know why the community got together like it did, but it’s been amazing, beyond my wildest dreams.”

The feat sparked memes, some dubbing Sidorowicz as a superhero and as the “Notre-Dame-de Fudge.”

The proceeds will go to the NDG Living Group’s charities of choice, which members will choose through a poll.

“It’s great, it’s wonderful. I can’t believe she surpassed her goal,” said Sabrina Ia Matteo who was picking up her order.

Sidorowicz will be cooking and taking orders until the end of the week. Every box contains one pound of fugde and retails for $10, with all proceeds going towards charity.