Mutant enzyme could break down plastic bottles for recycling in hours, scientists say

Scientists say they’ve “engineered” a mutant bacterial enzyme that can easily break down plastic bottles for recycling in a matter of hours.
Apr 12, 2020 6:23 PM By: Global News 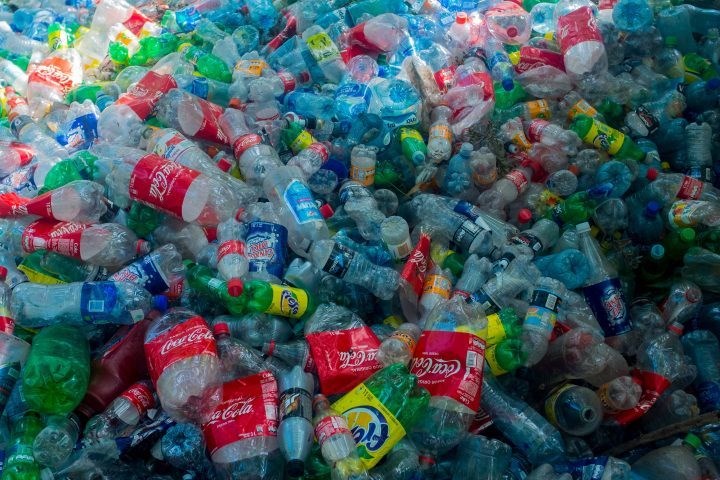 Scientists say they’ve “engineered” a mutant bacterial enzyme that can easily break down plastic bottles for recycling in a matter of hours.

Originally discovered in a compost heap by researchers in 2012, the enzyme reduces the bottles to their initial chemical building blocks which are then recycled to make brand new bottles.

The new and improved enzyme was unveiled in a research paper published Wednesday in the journal Nature.

The team behind the development claimed that even though enzymes of the same kind have been manufactured before, none have come close to the same effectiveness as theirs in terms of being able to degrade plastic bottles.

The researchers, which were comprised of scientists from France-based “green chemistry” company Carbios and the Université de Toulouse, discovered that the improved enzyme breaks down 90 per cent of plastic bottles within a span of 10 hours — a significant increase from the initial enzyme degradation of just one per cent after several weeks.

“This highly efficient, optimized enzyme outperforms all PET hydrolases reported so far,” the researchers stated in the paper.

READ MORE: Plastic pollution crisis: How waste ends up in our oceans

Polyethylene terephthalate (PET) is the most-used polymer in the creation of bottles, polyester clothing fibres and food containers. The material can take hundreds of years to break down in the environment.

In a press release Wednesday, Carbios said its recycling process initiates a “real transition to a circular economy and can better prevent plastic pollution from harming our oceans and planet.”

“This innovative technology also paves the way for recycling PET fibres, another major challenge in guaranteeing a clean and protected environment for future generations,” the press release said, adding that they were aiming for “industrial-scale” recycling within five years.

According to The Guardian, work on improving the enzyme began with the screening of 100,000 micro-organisms as candidates.

To develop the enzyme, researchers added mutations to improve its efficiency in breaking down the plastics — also raising its stable temperature to 72 degrees celsius to maximize “kinetic turnover,” or degradation.

The company has since partnered with biotechnology firm Novozymes to create the enzyme at an industrial scale, with The Guardian reporting that the cost of the enzyme to be just four per cent of the cost of virgin plastic.

In 2018, Global News reported on another team of scientists that inadvertently came across an enzyme that was able to break down plastic bottles.

One of the researchers behind the discovery — John McGeehan, the director of the Institute of Biological and Biomedical Sciences at the University of Portsmouth — said in a press release at the time that the improvement was modest, but suggested that there was room to improve the enzymes.

Carbios plans to begin testing its enzyme in 2021 in a demonstration plant near Lyon, France.

“I am very proud of the work accomplished by the researchers at TBI and Carbios, whose collaborative efforts have led to the development of a sustainable solution to the end of life of plastics,” Sophie Duquesne, an INRAE researcher and part of the team behind the discovery, said in a press release.

“For any researcher, seeing its work recognized by the prestigious journal Nature is a true achievement.”