More than $40M to be invested in public transit infrastructure projects in Barrie, Ont.

The federal and provincial governments, along with the City of Barrie, will be providing more than $40 million for five public transit infrastructure projects in Barrie, Ont.
Jul 13, 2020 2:57 PM By: Global News 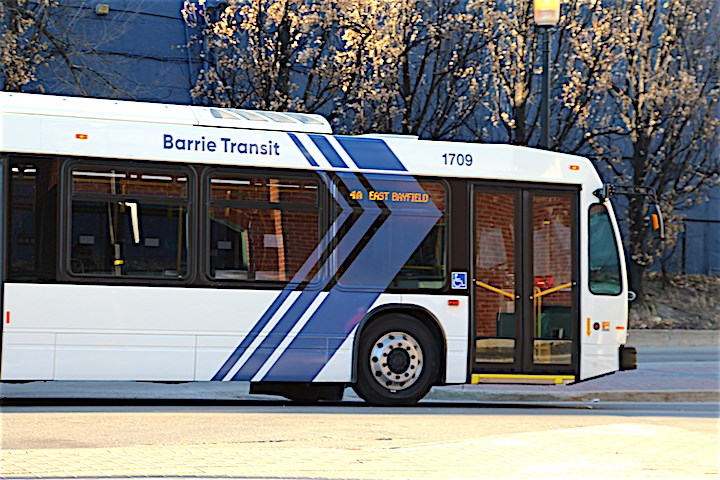 The federal and provincial governments, along with the City of Barrie, will be providing more than $40 million for five public transit infrastructure projects in Barrie, Ont.

The city’s bus fleet will be replaced with 30 new low-floor, accessible buses, while 21 new fully accessible para-transit city buses will replace the existing fleet over the next seven years for people with accessibility needs.

There will also be a new transit hub at the Allandale GO station and a new downtown connection hub.

“This combined federal, provincial and municipal investment in Barrie will offer our community updated and more accessible buses,” Barrie Mayor Jeff Lehman said in a statement. “The new transit hub will ensure a better connected and integrated city.”

More bus stops, platforms and bicycle parking will also be implemented in Barrie.

“It is vital that Barrie’s public transit system evolve to meet the needs of our rapidly growing city,” Barrie-Springwater-Oro-Medonte MPP and Ontario Attorney General Doug Downey said in a statement.

“This investment into the City of Barrie will allow our thriving municipality to bring to life multiple long-awaited projects, improving and expanding much of our major transit infrastructure.”

The Monday morning announcement was made by Lehman, Downey and Small Business, Export Promotion and International Trade Minister Mary Ng.