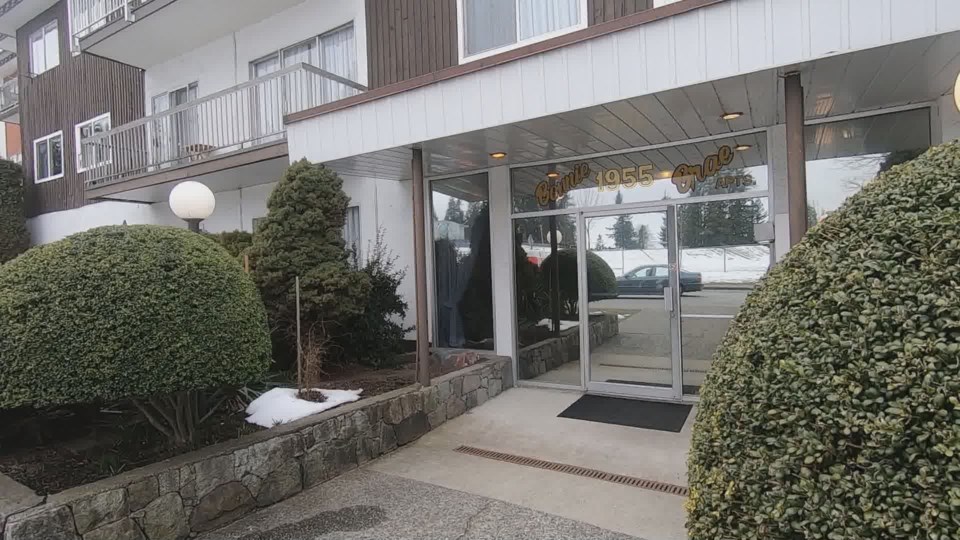 Janet Dumain has lived at 1955 Western Drive for 28 years, where she pays $950 a month for her unit. She said it’s cheap and she can afford it.

But Tuesday morning, she picked up her eviction notice at the local post office and reality is setting in for the 63-year-old Port Coquitlam resident.

“Things like this that happen generate tent cities like what happened in Surrey. Where do they think people are going to go? Personally, I am devastated,” said Dumaine.

Dumaine is one of more than 100 residents being evicted over renovations, and could move back in when they are complete. But she’s worried she’s going to pay at least twice what she is paying now.

“Any other rentals in the surrounding are is extremely out of my reach. I can’t even imagine the quality of life when I leave that apartment,” Dumaine added.

Dumaine has four months to find a new home. She had planned to have family visit her this summer with plenty of room in her two-bedroom unit.

But now with the pressure to find a cheap one-bedroom, she’s worried she’ll have no space.

Mass 'renoviction' in Port Coquitlam has tenants worried they won't be able to find a new home at an affordable rate. One Councillor says it's the first of its kind in PoCo and is hoping to come up with new bylaws (similar to New Westminster) to protect tenants. pic.twitter.com/234M2lyx22

Port Coquitlam Coun. Glenn Pollock says the city understands the tough situation many are in, especially seniors living in the building.

“We don’t have the ability to deny the building permits, despite knowing now that he was hoping to renovict,” said Pollock.

Pollock said this is the first mass renoviction in Port Coquitlam, but adds owners also have the right to renovate.

He said city staff are looking at ways to protect renters with legislation similar to new New Westminster bylaw changes.

The city is telling tenants who live in the 65-unit building to appeal the renoviction with the Residential Tenancy Branch (RTB), a process that costs $100 per tenant.

“We’ve got our lawyers working on it to see what we can do.  I can guarantee you we will leave no stone unturned there,” said Pollock.

“But I have told some people I’ve spoken to to contact the Residential Tenancy Branch because I believe there are rules in place at the provincial level that would not allow the landlord to do this.”

Global News has repeatedly attempted to contact the property manager.

A letter to tenants from the property manager stated the building is slated for ‘major renovations.’

It also states the following:

A statement from the Ministry of Municipal affairs and housing said a senior information officer with the RTB is reaching out to tenants to ensure they are aware of their rights.