Liam Foudy got his first chance to step on meaningful NHL ice before COVID-19 paused the 2019-20 National Hockey League season. Connor McMichael is going to get a shot at the very same thing this summer.
Jul 12, 2020 8:07 PM By: Global News 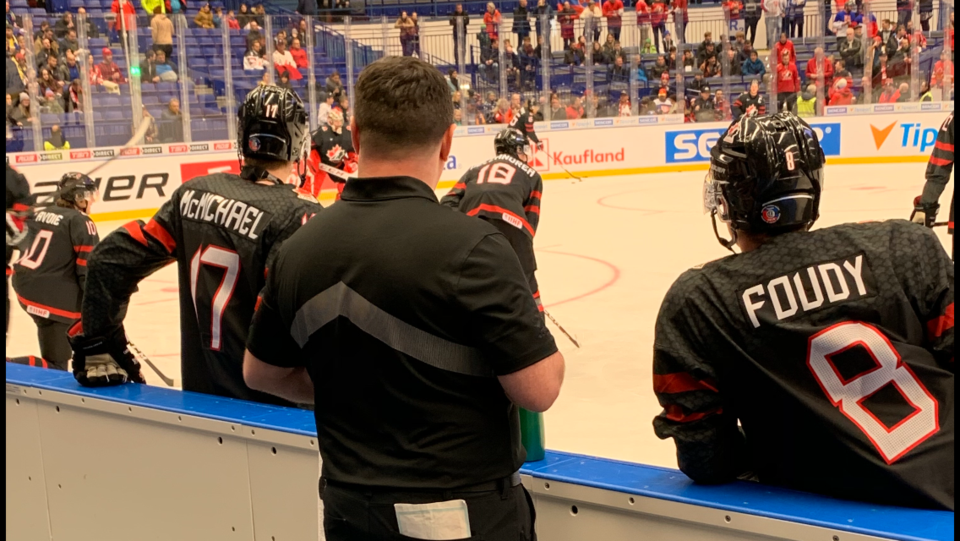 Liam Foudy got his first chance to step on meaningful NHL ice before COVID-19 paused the 2019-20 National Hockey League season.

Connor McMichael is going to get a shot at the very same thing this summer.

Knights teammates Foudy and McMichael have been named to NHL Return to Play rosters for training camps that are set to open on Monday in preparation for the NHL’s qualifying round that is due to start on Aug. 1.

McMichael was selected 25th overall by the Washington Capitals in the 2019 NHL Entry Draft.

Before this season began, the two first-round NHL draft picks had both suited up in pre-season games. McMichael dressed for two with the Caps in September and chipped in an assist against the Chicago Blackhawks.

Foudy scored a goal for the Columbus Blue Jackets in an exhibition game in 2018 but missed playing any pre-season games this past fall when he was injured in training camp. A week in February did make up for that and as the Jackets called on the Scarborough, Ont., native as an emergency call-up when they were hit by a deluge of injuries.

Foudy logged over 10 minutes in his professional debut against the Tampa Bay Lightning on Feb. 10 and then played again three nights later against the Sabres in Buffalo, N.Y. He assisted on a Boone Jenner goal for his first NHL point before being returned to the Knights for the rest of the Ontario Hockey League’s abbreviated season.

The pair began 2020 by winning gold with Team Canada at the World Junior Hockey Championship in the Czech Republic.

They are two of a handful of players who played in the OHL this year and who will, at the very least, act as reserves during the NHL’s planned return.

Former Knights captain Evan Bouchard spent this past year in the American Hockey League with the Bakersfield Condors but will now get to be with the Oilers in Edmonton.

Sixteen teams will participate in best-of-5 series in the qualifying round while another eight teams have received byes through to the first round of the playoffs, which has been tentatively set for Aug. 11.

NHL returning to play in Toronto and Edmonton

NHL returning to play in Toronto and Edmonton

Being a Hub city may not bring big financial boost to Edmonton: sports economist

An introduction to a local NHL draft prospect Ethan Edwards

COMMENTARY: New guidelines reduce the stigma of obesity in health care
Aug 9, 2020 9:00 AM