The City of Kingston has taken a step forward to finding a more permanent solution to homelessness. This past May, the municipality purchased 113 1/2 Lower Union St., and has been temporarily using it as a youth shelter.
Jul 13, 2020 8:15 AM By: Global News 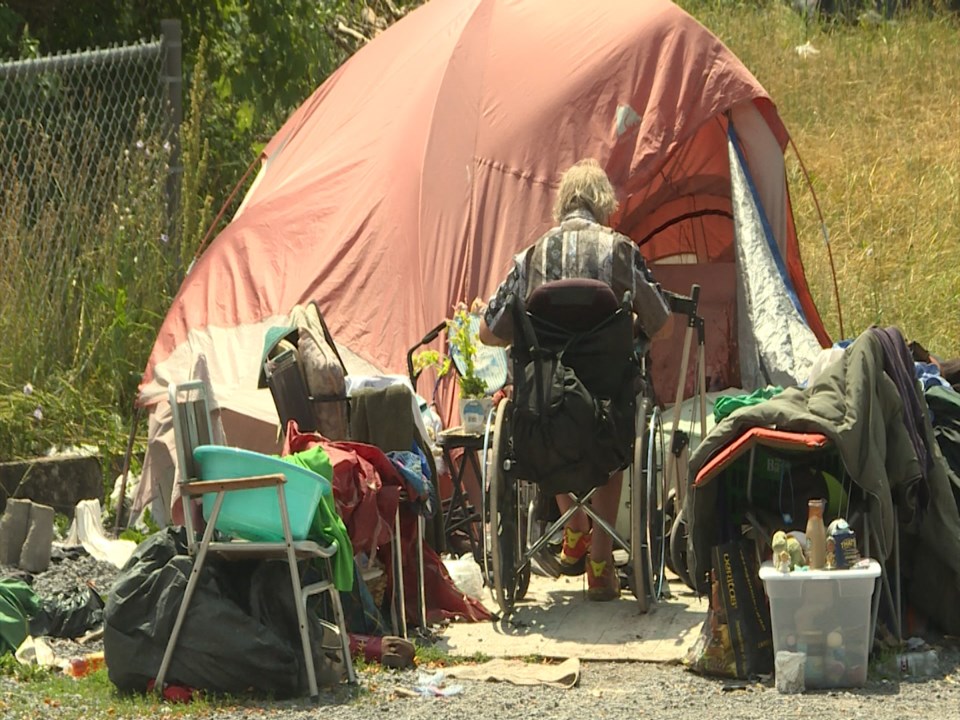 The City of Kingston has taken a step forward to finding a more permanent solution to homelessness.

This past May, the municipality purchased 113 1/2 Lower Union St., and has been temporarily using it as a youth shelter.

That was done to keep youth shelter spots in the municipality at their pre-pandemic level while allowing for physical distancing.

Recently, the mayor announced the building will eventually be used for supportive housing.

Bryan Paterson, Kingston’s mayor, says it’s a necessary step to address homelessness in Kingston that has become visible with over 40 individuals living in Belle Park during the coronavirus pandemic.

“Supportive housing is a need that we know exists in Kingston. It’s been a gap that’s been clearly identified,” Paterson said.

To make it work, the mayor says the provincial and federal governments need to step up with funding for the operation.

“A lot of supportive housing, what we’re talking about is mental health, it’s health care and that’s something that is absolutely in the purview of the province.”

Homeless camped in Belle Park could face eviction on July 7

Belle Park homeless campers to be relocated city has no answer where.

Kingston & the Islands MPP Ian Arthur agrees with the mayor’s plea for help.

“What we need is both the funding of the properties that we need to get people off the street, but then the ongoing funding and supports that they need,” Arthur said.

MP Mark Gerretsen says the initiative the city has taken is in line with the federal government’s goals.

Gerretsen, also a former mayor of Kingston, says it’s a challenge for the federal government.

He says while health-care dollars do flow from the federal government, they can’t tell provinces how to spend that money.

“It’s right in line with what the federal government has been talking about for a really long time, so whatever my office can do — whatever I can do — to support the city through that path, I’m more than willing to do it,” Gerretsen said.

The Belle Park campers are facing a deadline for how much longer they can stay on the municipally-owned property.

That eviction date is set for the end of the month, so the municipality hopes to have an interim solution.

Artillery Park in the heart of the city is going to be set up as a seven day a week, ’round-the-clock cooling centre and it will be ready before month’s end.

Andy, a camper at Belle Park, says he’d rather stay where he is and thinks that the case for many of the homeless at the park.

He thinks the confined space of the cooling centre will be problematic.

“I don’t think a whole lot of people could handle being there, right, because it would be too close to everybody and (there) might be a lot of arguments,” he said.

Like Andy, Nathan Roseveer has been in Belle Park for a couple of months and says he might stop in at the cooling centre to get out of the heat, but he wouldn’t move there.

When it comes to the supportive housing initiative, Roseveer says it is a move in the right direction to helping the homeless at Belle Park.

“Hopefully they can find a couple more buildings like that and make more housing, but it’s a good move, great move by the City of Kingston,” he said.

When the supportive housing building will open is still being determined, but Paterson says it will be a process of months, not weeks.