At a special council meeting Thursday night, Kingston city council approved all staff recommendations to either continue, pause or reevaluate a number of the city’s strategic priorities decided on before the COVID-19 pandemic.
Sep 25, 2020 9:00 AM By: Global News 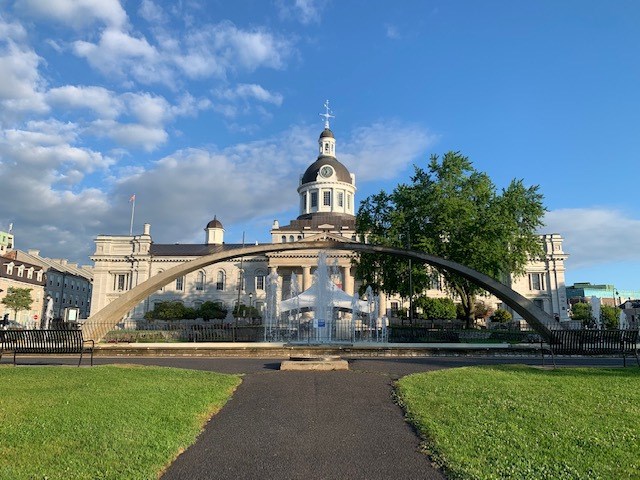 At a special council meeting Thursday night, Kingston city council approved all staff recommendations to either continue, pause or reevaluate a number of the city’s strategic priorities decided on before the COVID-19 pandemic.

At the facilitator-led meeting, dubbed a “strategic priorities refresh” session, city CAO Lanie Hurdle recommended that most of the year’s priorities go ahead, including most of this year’s housing initiatives, road works and rural economic development programs.

However, city staff also recommended several priorities be shelved due to a lack of funding or the inability of municipal partners to proceed due to the pandemic.

This list of projects included the St. Lawrence College downtown campus, crosswalks for schools and busy pedestrian areas, a study of the effects of fluoride in municipal water and the city’s investment into a deep water dock. Each of these items would require input and cooperation from industries or institutions, like public health or local school boards, that are unable to give their time to such projects during the pandemic.

Hurdle made it clear these items are not on an indefinite hiatus, but will be reevaluated when community partners are available to pick them back up again. The CAO said city staff will be able to update council about each deferred initiative on a quarterly basis.

Boehme specifically took issue with the deferral, since he says he and his constituents have been waiting on the promise of a pilot project for years.

“It always just ends up being on the backburner, I’ve championed this strongly, but this has always been something we’ve been working,” Boehme said.

Although there was discussion on whether to increase or decrease property taxes, no vote was taken on the matter.

Only councillors Chapelle and Jeff McLaren, for Meadowbrook-Strathcona, argued for any real departure from the current staff direction, which is to gradually reduce from the city’s current rate of 2.5 per cent to 2.3 per cent in 2023. Chapelle argued for a reduction while  McLaren argued for a increase. Mayor Bryan Paterson supported the staff recommendation, saying any increase would be demoralizing to those already struggling during the pandemic, and any decrease would leave the city short.

Council did vote to have the city reevaluate food security items already written in the strategic plan. Going forward, staff will be taking a second look streamlining processes for community gardens might address food security issues as well as the city’s farm-to-table efforts.

Originally, there was a plan to have a second strategic planning meeting for November, but whatever items were leftover, Hurdle said could be dealt with at a regular council meeting.