A Chilliwack family farm is moving its annual Christmas event to a local mall due to the same Agricultural Land Reserve (ALR) rules that haunted its two popular Halloween events earlier this fall.
0
Nov 18, 2019 2:45 PM By: Global News 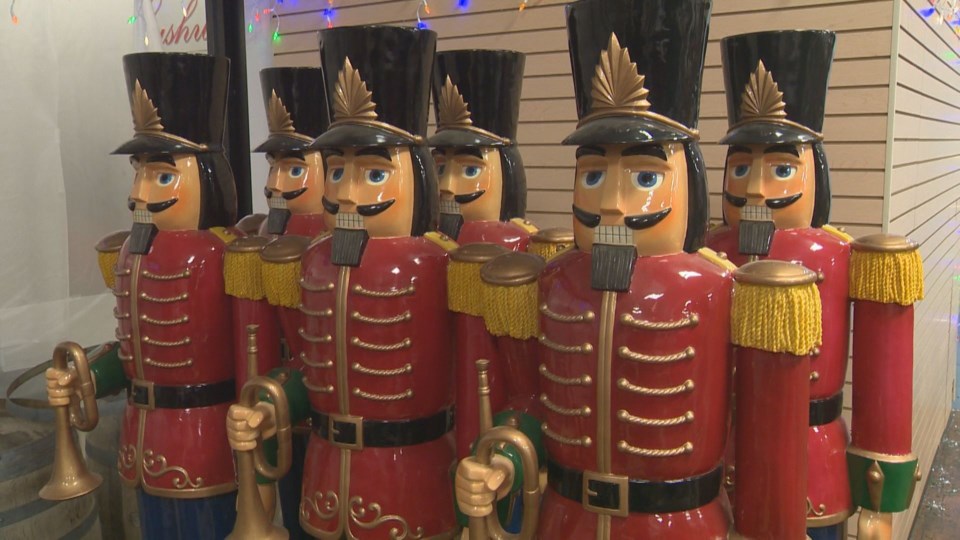 A Chilliwack family farm is moving its annual Christmas event to a local mall due to the same Agricultural Land Reserve (ALR) rules that haunted its two popular Halloween events earlier this fall.

Fantasy Farms is setting up Petey’s Country Christmas at Chilliwack Mall, where it will be reinvented as Chilliwack Country Christmas when it opens to the public on Dec. 1. Farm co-owner Gary Moran will reprise his role as Santa Claus for the seventh year, in what has become a holiday tradition for children from local schools and daycare groups.

“It’s going to be a nostalgic cross between way back in the days of the old Woodward’s-type decor to modern stuff,” Moran said.

“But you can’t replace the magic of the farm where we have acres of lights.”

“I have never been more stressed than over the last three years.”

Moran and his wife Lisa, who co-own the farm, applied to the Agricultural Land Commission (ALC) for permission to continue their events by having their greenhouses grandfathered for Halloween and holiday non-farm use.

Chilliwack city council supported the Morans’ application and recommended it be approved by the ALC.

But in an April 2019 decision, Fantasy Farms’ application was denied by the province’s independent administrative tribunal.

“I cannot fathom why they won’t make some changes back to the way it used to be,” Moran said.

After a complaint was received on Sept. 27 regarding a Fantasy Farms Halloween event in contravention of the ALC resolution and regulations, the City of Chilliwack says it was forced to act and enforce its municipal bylaw.

“The city has no authority to overturn the province’s decision on the matter,” City of Chilliwack communications manager Jamie Leggatt told Global News.

“This means that because of the ALC’s decision, commercial events on that property are a non-permitted land use.”

Last month, Moran received a letter warning that he could face fines for non-compliance and says city staff advised him to skip the farm’s Christmas event.

Instead, Moran reached out to the operators of the Chilliwack Mall, who said they are happy to provide space to host this community event.

Delta South Liberal MLA Ian Paton, who also serves as the Opposition co-critic for agriculture, says he sees nothing wrong with Fantasy Farms using greenhouses to host seasonal events and is encouraging B.C. agriculture minister Lana Popham to talk to the ALC “and say, ‘folks, you’ve got to start using some common sense with your decisions.'”

Paton, who has more than 30 years of experience owning and operating a dairy farm and farm auction business, says farmers need every chance they can get to supplement their incomes.

“It’s just unbelievable what the NDP and the Agricultural Land Commission is doing to shut down value-added opportunities for farmers in B.C.,” he said.

While Moran is thankful Chilliwack Country Christmas is surviving off the farm this year, he says the move to the mall comes with added expenses, including extra travel, insurance and staffing costs, which will cut into any profits.

“That’s our living money,” he said. “We barely break even and then that extra money that comes in for doing these events, that keeps us going.”

In a statement, B.C.’s agriculture ministry told Global News that the provincial government strongly supports farmers earning extra income on their ALR properties provided “it does not damage the land or risk its use for farming in the future.”

Since Apr. 1, the ministry said the ALC has approved almost 60 per cent of the applications they’ve received for non-farming uses including a poultry-barn cleaning business, home-based mechanic shop, welding shop, oil and gas equipment parking, and film and TV production.

Regarding Fantasy Farms’ denied application, the ministry said government does not interfere in the ALC’s independent decision-making process, adding that the administrative tribunal “looks at many factors when carrying out its mandate and each application has its own distinct set of circumstances and is considered on its own merits.”

Moran says he’ll be submitting a request for reconsideration to the ALC and is optimistic his seasonal events will be able to return to the farm.

Meantime, he is hoping to get a seat at the table with the agriculture minister to discuss small-lot farming.

“There’s a really big disconnect between large agriculture and us,” he said.