Here’s how Wilson-Raybould’s version of the SNC-Lavalin affair differs from Trudeau, Wernick

Former attorney general Jody Wilson-Raybould took the hot seat Wednesday to testify about her side of the SNC-Lavalin affair.
Feb 27, 2019 9:00 PM By: Global News 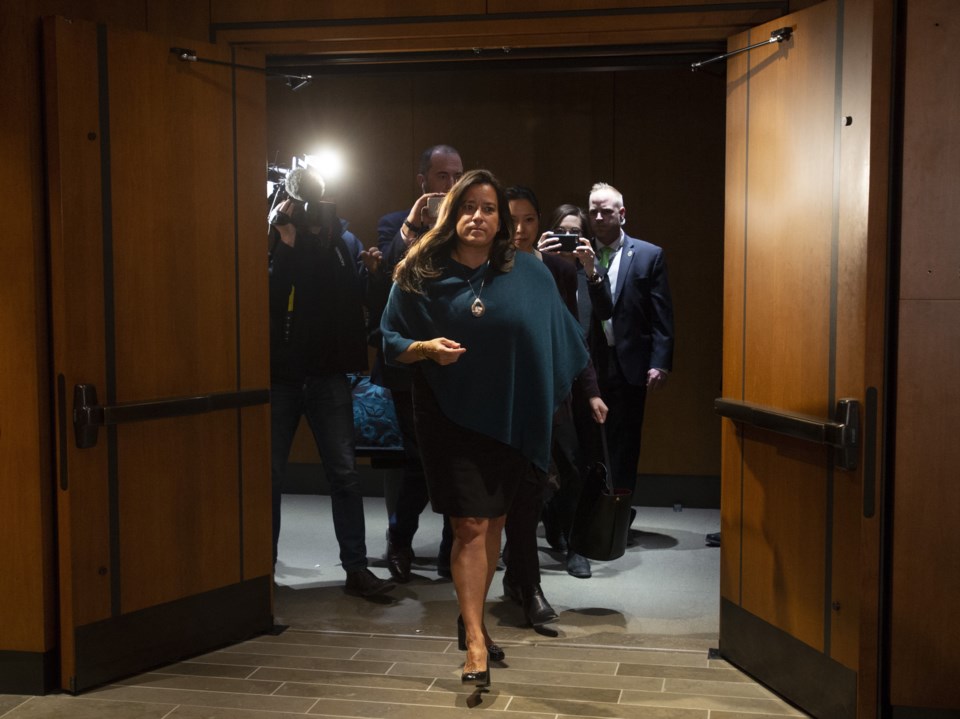 Former attorney general Jody Wilson-Raybould took the hot seat Wednesday to testify about her side of the SNC-Lavalin affair.

After roughly four hours of questioning by members of the House of Commons justice committee, the former attorney general offered explosive testimony describing a “consistent and sustained” effort from the highest levels of government to pressure her into helping the Montreal engineering firm avoid a criminal trial. Wilson-Raybould also confirmed key details of a bombshell report published three weeks ago by the Globe and Mail alleging attempted political interference.

Here are the differences between her side of the story and theirs.

Initially, the details of the allegations of interference and pressure were not completely clear.

Trudeau initially called the report altogether “false,” then later acknowledged he had met with Wilson-Raybould but that he told her in that meeting that the decision on whether to intervene in the case was “hers alone.”

ANALYSIS: An absurd, fascinating, partisan and remarkably helpful tale on Trudeau and SNC-Lavalin

That testimony confirmed for the first time the date of the meeting described by Trudeau, which came shortly after the director of public prosecutions decided on Sept. 4 not to offer a remediation agreement to SNC-Lavalin.

Wernick did not say who was part of the Dec. 18 meeting, but subsequent reports confirmed it was Prince along with Katie Telford, chief of staff to Trudeau, and his principal secretary, Gerald Butts.

Wilson-Raybould, however, detailed in her testimony 10 meetings and phone calls with senior officials — including the prime minister himself — on the matter, as well as numerous emails and text exchanges showing growing concern about what she described as attempted political interference.

In the meeting with Wernick in particular, she says there were “three instances” where she received “veiled threats” about what would happen if she did not intervene to get SNC-Lavalin a remediation agreement.

When it comes to the allegations that there was political pressure applied to her, Wilson-Raybould was unequivocal.

“There were many different occasions where the appropriateness lines were crossed,” she told the committee.

In particular, she said she had made up her mind not to intervene by Sept. 17, when she met with Trudeau and Wernick, telling the committee that she believed clear political pressure was applied when Wernick and the prime minister began raising political concerns.

WATCH: Wilson-Raybould — Justin Trudeau asked me to ‘help out’ with SNC-Lavalin

Trudeau’s status as a member of Parliament for the Quebec riding of Papineau came up, she said, as did the Quebec election looming at the time.

“I asked, ‘Are you politically interfering with my role, my decision?'” she told the committee.

“No, no no,” she says Trudeau told her. “We just need to find a solution.”

Between then and the middle of December 2018, Wilson-Raybould described multiple attempts by officials from the Prime Minister’s Office that she says were aimed at changing her mind: those included meetings with senior advisers Elder Marques and Mathieu Bouchard, as well as now-former principal secretary Gerald Butts.

She said she told Butts the pressure needed to stop — but it did not.

WATCH: Wilson-Raybould reads transcript of remarkable conversation with her chief of staff

Wilson-Raybould also described the Dec. 19 meeting between herself and Wernick, which she said was the “culmination” of the escalating pressure applied to her, and told the committee that he repeatedly invoked the name of the prime minister.

Wernick told the committee last week that he used that meeting to convey “anxieties” within the government about the decision not to offer a remediation agreement and that there could be “consequences” to not doing so.

READ MORE: What Justin Trudeau has said about the SNC-Lavalin controversy

But he stressed that there was no inappropriate pressure applied.

Wilson-Raybould painted a different description of the meeting, saying Wernick told her that the prime minister was in a “mood.”

“I think he is going to find a way to get it done, one way or another,” she said Wernick told her of Trudeau’s mind frame.

WATCH: Wilson-Raybould — PMO told me Trudeau would get a DPA ‘one way or another’

“The clerk then made a comment that it was not good for the prime minister and his attorney general to be at loggerheads,” she continued, adding she warned him that the nature of the conversation meant “we are treading on dangerous ground here.”

She also rebutted the statement made by Butts in a letter announcing his resignation on Feb. 18 in the midst of the controversy that asserted: “Any accusation that I or the staff put pressure on the attorney general is simply not true.”

Wilson-Raybould read out a transcript of a text exchange she had with Prince, her chief of staff at the time, following a meeting Prince was called to with Butts and Telford, Trudeau’s chief of staff.

When Prince raised concerns of political interference, Wilson-Raybould read out a text from Prince describing what Butts said next.

“Jess, there is no solution here that does not involve some interference.”

Wilson-Raybould also slammed the government for what she described as repeated efforts to get her to agree to having external experts advise her after she told them her decision was made.

Trudeau has said repeatedly that if Wilson-Raybould had any concerns about what may have been said to her about the case, she should have raised it with him.

He says she did not do that.

Trudeau has also stated on multiple occasions that he remains “surprised and disappointed” by her decision to resign from cabinet on Feb. 12.

Wilson-Raybould told the committee she could not speak about why she resigned because the waiver of solicitor-client privilege and cabinet confidence does not extend to her time after she was shuffled out of the portfolio of attorney general in January 2019.

But Wilson-Raybould also said the characterization that she never raised the issue is inaccurate.

“I did raise this with the prime minister directly on Sept. 17,” she said, pointing to the meeting between herself, Trudeau and Wernick.

She stressed that same point repeatedly as Liberal members of the committee put forward the same question again and again.

“I did raise my concerns about the inappropriate nature of the interactions I was having,” Wilson-Raybould also said.

She told the committee she also raised the issue on Jan. 7, 2019, when she was informed she would be shuffled out of her position.

“I can’t help but think this has something to do with a decision I would not take,” she said she told Trudeau and Butts. “They denied this was the case.”

Trudeau blamed the sudden resignation of former Treasury Board President Scott Brison for the shuffle.

However, he has been criticized for not clearly explaining how replacing Brison prompted his decision to also move Wilson-Raybould.

Wilson-Raybould said she cannot speak to that.

The waiver of solicitor-client privilege and cabinet confidentiality offered by the government does not apply past her time as attorney general.