Guelph city council have approved $67.1 million in construction costs of a new library for the Baker District in the city’s downtown core .
0
Sep 18, 2019 12:30 PM By: Global News 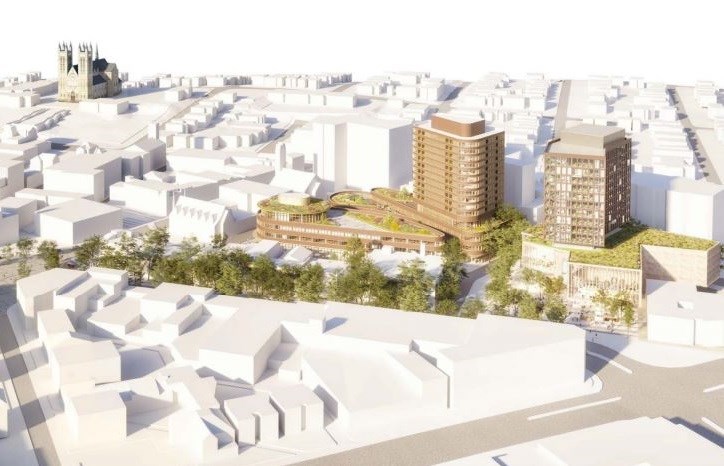 Guelph city council have approved $67.1 million in construction costs of a new library for the Baker District in the city’s downtown core.

It passed in a 9-4 vote this week during a meeting of councillors who also approved $15 million for site remediation, $21 million for parking and $2.6 million for an urban square.

The city said the project would be funded from a variety of sources including development charges, proceeds from the sale of assets, parking revenues and property taxes.

Staff told council an additional 0.86 per cent would be added to property taxes to help pay for the cost. It would be phased in over three years and then be in place for as long as 20 years.

The city plans on applying for up to $36.6 million in funding for the library from upper levels of government, which could help reduce the property tax and debt impacts.

They are also awaiting more details from the provincial government on Bill 108 and the impact it could have on eliminating certain fees for developers that usually help fund projects like libraries.

Mayor Cam Guthrie had hoped to push back the decision by a couple months given the financial uncertainties. He ultimately voted against the cost, along with Couns. Mark MacKinnon, Bob Bell and Dan Gibson.

With the approval, the project can move onto the next phase that includes detail design. However, all of the costs approved will now be incorporated into the capital budget and forecast which still need to be voted on later this year.

An update on the project is expected by early December.

Although I didn’t vote for this, #Guelph Council has voted to peg the cost at this time for a new library downtown at $67.1 million dollars. I appreciate the feedback and engagement over these last few days.

New U.S. citizen Neil Young posts open letter to Donald Trump: ‘You are a disgrace to my country’
Feb 19, 2020 4:28 PM
Comments
We welcome your feedback and encourage you to share your thoughts on this story. We ask that you be respectful of others and their points of view, refrain from personal attacks and stay on topic. To learn about our commenting policies and how we moderate, please read our Community Guidelines.