Front-line health-care workers walk off the job across Alberta: AUPE

Front-line hospital workers walked off the job at several locations across Alberta Monday morning.
Oct 26, 2020 10:44 AM By: Global News 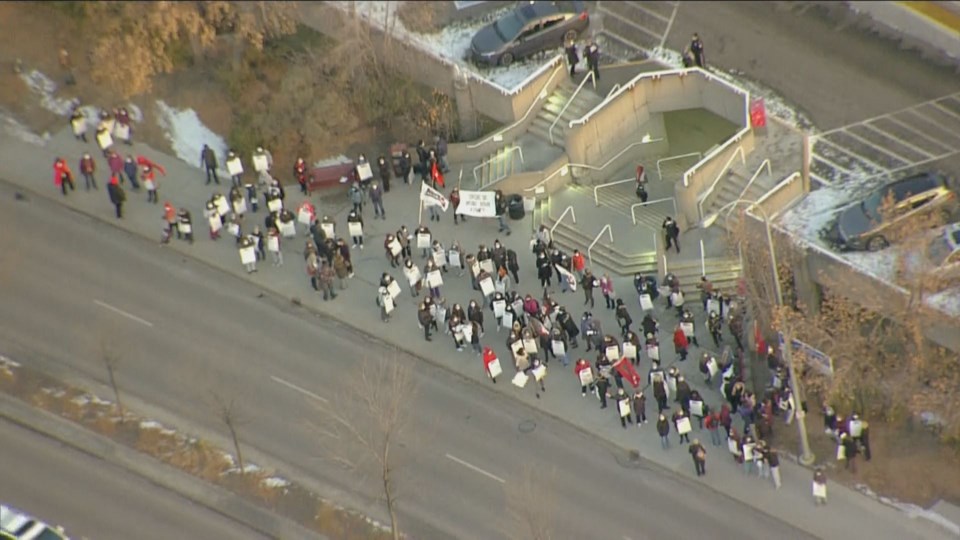 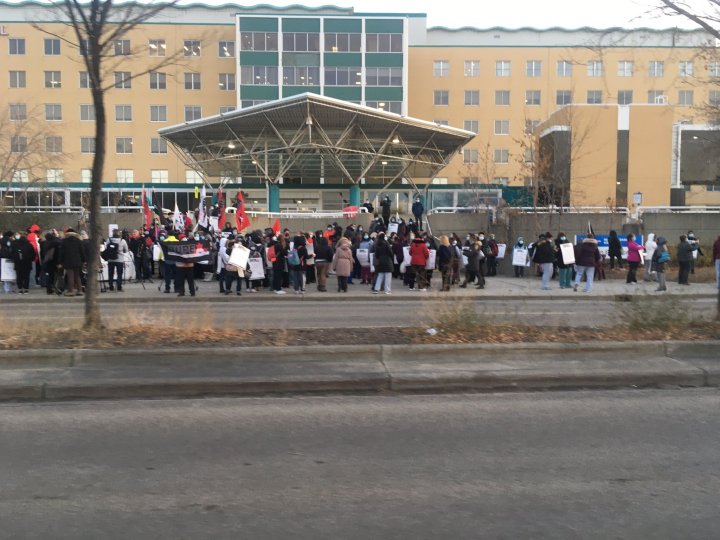 The move was made to “defend theirs jobs and the public healthcare system that keeps Albertans safe and alive,” according to the Alberta Union of Provincial Employees.

Terry Inigo-Jones, communications officer with the AUPE, said the walkout started Monday morning at the Royal Alex, then groups across the province joined in, including workers at the Foothills Medical Centre in Calgary and other sites in Fort Saskatchewan, Cold Lake, St. Paul, Wetaskiwin and Leduc.

“Anger has been building among members for months,” AUPE president Guy Smith said in a media release.

Smith said, “the last straw” for health-care workers was a recent announcement by Health Minister Tyler Shandro that 11,000 Alberta Health Services jobs would be cut. Earlier this month, Shandro announced about 9,700 jobs will be lost through outsourcing support services such as laundry and community lab services.

Read more: Thousands of Alberta Health Services jobs to be cut in effort to save $600M annually

Shandro said AHS was also asked to eliminate 100 management positions. At the time, Shandro maintained “there will be no job loses for nurses or front-line clinical staff.”

Thousands of Alberta Health Services jobs to be cut

Thousands of Alberta Health Services jobs to be cut

Alberta government to cut up to 11,000 health care jobs

Smith said in a media release Monday morning that nursing and support workers “decided today that there was no other option but to fight to protect Albertans at risk, especially during the deadliest pandemic in a century.

“By constantly short-staffing public health care, this government is pushing our members to the breaking point exactly when Albertans need them most.”

The AUPE represents more than 90,000 workers, including about 58,000 in health care. The union represents about 2,800 nursing-care and support workers at the Royal Alexandra.

“Across this province, working people are rising up against Jason Kenney’s job-killing policies and are joining the fight in solidarity. This was a decision taken by the members themselves. AUPE is a democratic union and we respect the wishes of our members.”

Front-line hospital workers walked off the job at several locations across Alberta Monday, Oct. 26, 2020. This picture was taken at Edmonton’s Royal Alexandra Hospital.

The AUPE said its members are committed to ensuring patient safety during any dispute.

“Members will do everything in their power to keep Albertans safe. Public safety is why they are taking this action. They know that slashing thousands of front-line jobs during a pandemic is mad. It will lead to lower levels of care and higher costs. It will lead to tragedies,” Smith said.

Global News has reached out to Alberta Health for a response, which will be added to this story once it is received.