Free WiFi service has been set up in Ottawa’s three underground light-rail stations and that complimentary network will be expanded to the other 10 stations along the Confederation Line over the next year, city officials announced on Thursday.
Sep 12, 2019 5:01 PM By: Global News 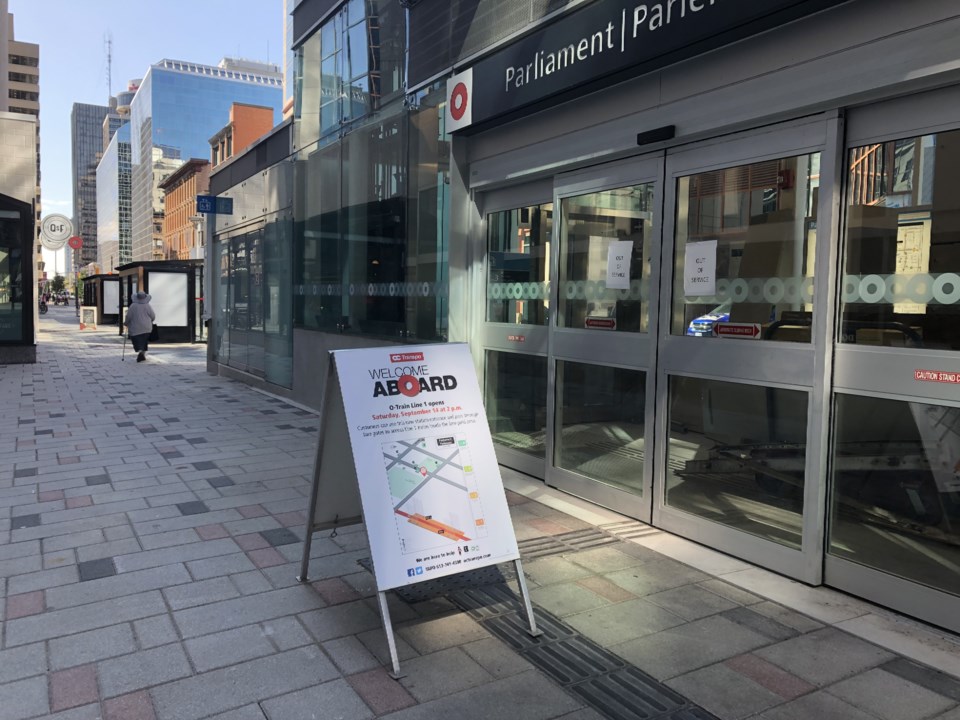 Free WiFi service has been set up in Ottawa’s three underground light-rail stations and that complimentary network will be expanded to the other 10 stations along the Confederation Line over the next year, city officials announced on Thursday.

The announcement comes two days before the $2.1-billion, east-west Confederation Line is set to open to riders.

The City of Ottawa partnered with Canadian telecom giant Telus to give Ottawa commuters a way to stay connected while on the underground train platforms at Rideau, Parliament and Lyon stations.

Telus has shelled out $10.3 million so far for the initiative, according to François Gratton, Telus group president and chair of Telus Québec. For its part, the city has put in a “minimal investment” of $2.6 million, according to John Manconi, head of OC Transpo.

“It’s a great investment,” Manconi told reporters at a media event held in Lyon station for the announcement on Thursday.

As part of the deal, riders will also enjoy “continuous cellular connection” between stations and in the 2.5-kilometre underground tunnel, the city says. Watson said the cell connection will be “available for customers using participating cellular providers.”

READ MORE: Riding the LRT 101: What Ottawans need to know when the Confederation Line launches

Anyone with a compatible smartphone will be able to connect to the Telus WiFi network in the underground stations, no matter what mobile provider they’re with, Gratton said.

Asked whether any of the currently WiFi-less stations — such as the main bus-to-rail transfer points — would get priority in having the free WiFi installed next, Manconi didn’t specify.

“The key thing was to get the cellular connectivity in the tunnel, because that’s what most transit systems that have tunnels lack, and we are starting off with the baseline done correctly and it’s all expandable,” the transit boss said.

Starting at 2 p.m. on Sept. 14, riders will be able to travel between Tunney’s Pasture at the line’s western tip — just west of the downtown core — to Blair station in the east end.

The City of Ottawa and Telus partnered to provide free Wi-Fi service inside the Confederation Line’s three underground stations.

Woman speaks out about alleged anti-Black racism at Kingston military organization
Jul 13, 2020 8:27 AM

Kingston takes steps to address homelessness through supportive housing
Jul 13, 2020 8:15 AM
Comments
We welcome your feedback and encourage you to share your thoughts. We ask that you be respectful of others and their points of view, refrain from personal attacks and stay on topic. To learn about our commenting policies and how we moderate, please read our Community Guidelines.