Florida manatee found with ‘TRUMP’ carved into its skin

Florida wildlife officials are appealing to the public for help after a manatee was found with U.S. President Donald Trump ’s last name carved into its back.
Jan 11, 2021 2:34 PM By: Global News 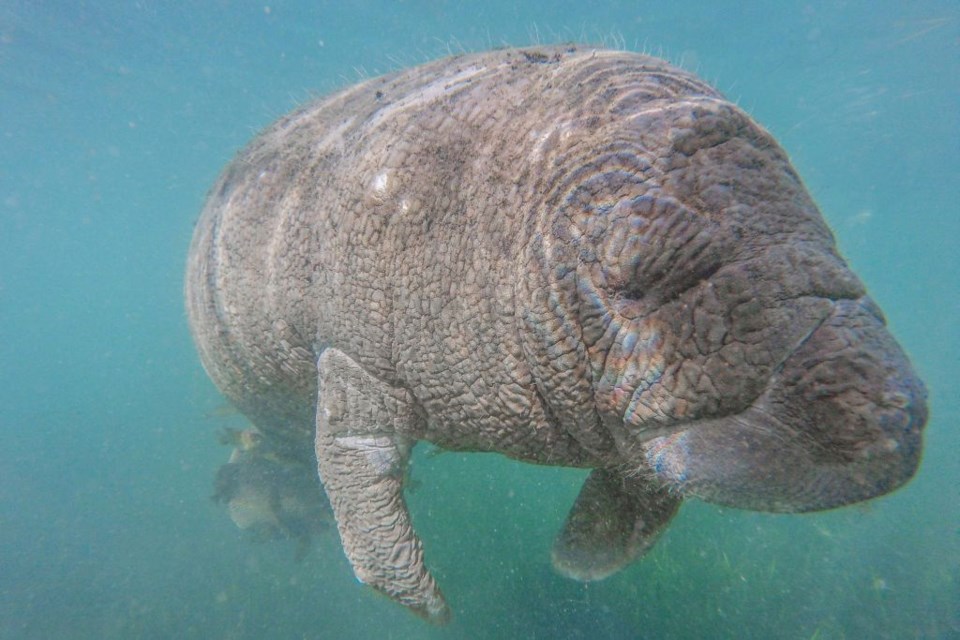 Florida wildlife officials are appealing to the public for help after a manatee was found with U.S. President Donald Trump’s last name carved into its back.

The animal was found in the Blue Hole spring on the Homosassa River in northern Florida over the weekend.

Photos and video show the word “TRUMP” etched into the manatee’s back in large block letters.

Can this even be real? A manatee was discovered in Florida with the word “Trump” scraped on its back. pic.twitter.com/PH8YcmGRnz

The animal was reported to authorities over the weekend, the U.S. Fish and Wildlife Service told the Citrus County Chronicle. Anyone with information is being asked to contact Florida Fish and Wildlife Conservation.

A harassment investigation is underway. A spokesperson for the FWS declined to comment to the Chronicle, citing the ongoing investigation. He added that harassing a manatee is a crime punishable by up to one year in prison and a US$50,000 fine.

It’s not the first time that a Trump tag has appeared on a wild animal. Conservationists in North Carolina were upset last summer when they found a Trump 2020 campaign slogan attached to a bear’s tracking collar.

Read more: Someone is slapping ‘Trump 2020’ stickers on bears near a U.S. town

The manatee graffiti was discovered just a few days after Trump supporters attacked the U.S. Capitol in an effort to overturn his election loss. It’s unclear when, exactly, the manatee was vandalized.

Manatees are currently classified as a threatened species in Florida. They were considered endangered until 2017.

Manatees are also commonly known as “sea cows” due to their massive bodies and docile nature.