Federal election 2019: Here’s what you need to know to vote in B.C. on Election Day

The day is almost here for Canadians to cast their vote in the 2019 federal election. Voting day is on Monday, and will likely see millions of voters in B.C. alone cast ballots throughout the province. Polls are open from 7 a.m. to 7 p.m. PT.
Oct 18, 2019 10:00 AM By: Global News 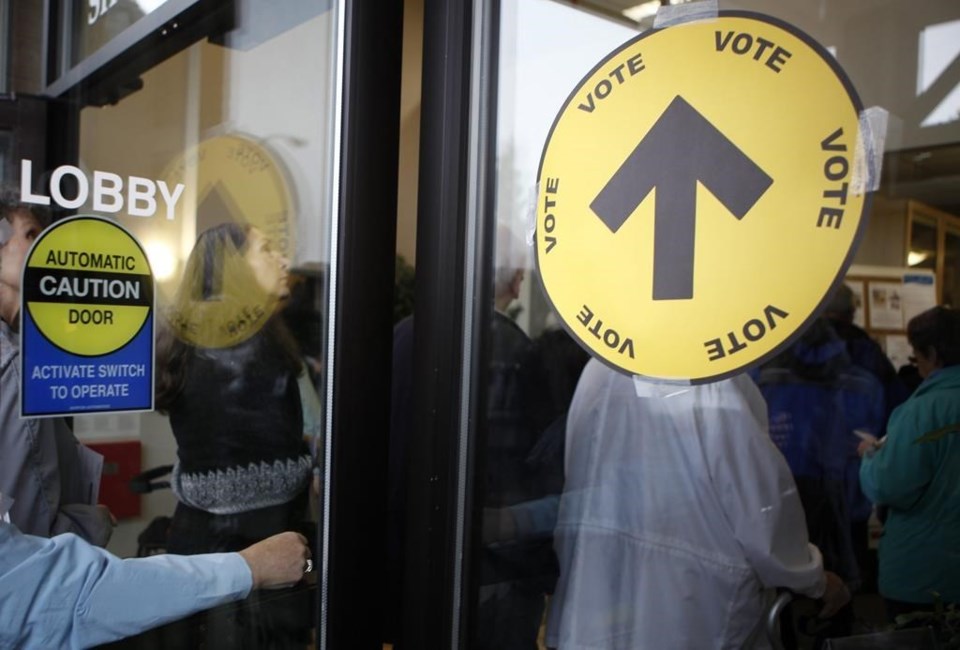 The day is almost here for Canadians to cast their vote in the 2019 federal election.

Voting day is on Monday, and will likely see millions of voters in B.C. alone cast ballots throughout the province.

Voters’ assigned advanced polling stations are listed on the voter identification cards mailed to their homes.

As with ballots cast on election day, voters will need to bring the appropriate ID.

READ MORE: Got questions about voting in Canada? Here are some answers

This means either one piece of government-issued photo ID or two pieces of ID with the voter’s name on it, at least one of which has their address, such as their voter ID card or a bank statement.

Citizens without ID can still vote but must be accompanied by someone with ID who knows them and is registered to vote at the same polling station.

Unlike during advance voting last week, Elections Canada offices will not accept any ballots. Mail-in voting is also closed.

Advance voting during the Thanksgiving long weekend saw a 29 per cent increase compared to numbers in 2015.

What are the issues?

This election hinges on several issues that have been top of mind for British Columbians for years now.

From the Trans Mountain pipeline and other environmental issues, to housing and the opioid crisis, voters are generally looking for their political leaders to make life more affordable and to ensure their future is protected.

Here’s a brief breakdown of what’s at stake:

B.C. has been one of the focal points of the federal climate change debate for decades, and remains home to hot-button issues like the pipeline expansion and the dwindling southern resident killer whale population.

The province is also the power base for the Green Party, whose leader, Elizabeth May, broke into parliament by winning the Saanich-Gulf Islands riding in 2011.

READ MORE: Could the youth-led climate movement lead to change at the ballot box in B.C.?

This year, B.C. has been home to some of the largest youth-led climate change strikes in Canada, with thousands taking to the streets calling on government to take action — all with support from schools and teachers.

And then there’s Trans Mountain.

In Burnaby North-Seymour specifically, where the pipeline terminates on Burnaby Mountain, safety concerns have been mounting for communities close to the Kinder Morgan terminal.

But the expansion affects several other B.C. ridings, from Vancouver Island to coastal communities like Vancouver, the North Shore and the Sunshine Coast. Whoever wins all of these seats will be held accountable for what happens next.

Despite municipal and provincial efforts like speculation-targeted taxes, crackdowns on renovictions and easing red tape to get more homes built, the message is clear: more financial help is needed from the federal government.

The major political parties have each made commitments to improve housing affordability, with particular focus on helping renters and first-time homebuyers.

READ MORE: Will the parties’ housing plans help affordability in Vancouver? Not quite, critics say

Critics have said the plans lean too much in the latter direction at the expense of building more rental housing and easing the cost of those rents.

Candidates in B.C. have unanimously identified housing as a key issue they hear from voters on the doorsteps, and they all promise to deliver. The question after Oct. 21 will be whether any of their ideas will stick.

The Downtown Eastside remains the epicentre of B.C.’s overdose epidemic. Vancouver Coastal Health says the area saw more than 100 deaths by residence per 100,000 in population between 2017 and 2018, creating a 15-year discrepancy in life expectancy with the rest of Vancouver.

While the number of deaths has begun to trend down in recent months year over year, the data shows fentanyl and carfentanyl contributed to a majority of those deaths. In the case of carfentanyl, those instances are rising.

READ MORE: In the Downtown Eastside, the overdose crisis is the only federal election issue

Advocates say the solutions should be simple: provide a safe drug supply, decriminalize hard drugs and end the stigma surrounding drug use that leads people to use alone. But not every party has committed to all or even some of those ideas.

Residents in the Lower Mainland have been pleading with Ottawa to make resources available to help curb gang violence in the community.

Surrey in particular has seen an explosion in dangerous gang activity, from the murder of a Hells Angel in broad daylight to numerous drug trafficking arrests.

The NDP is promising a $100 million fund to keep kids out of gangs, Liberals are promising another $250 million to fight gun violence and the Conservatives are promising grants for police departments and to cost-share anti-gang initiatives with provinces.

But community action groups say federal parties often fail to follow through on their big promises, and are hoping the same doesn’t happen this time around.

The future of key transit projects and expansions could end up being a deal-breaker for many local politicians and their constituents.

Federal funding has already been committed by the previous government for several transit projects throughout the province. The question now is how long it will take for that funding to reach communities, and whether more funding will be available for future plans.

The TransLink Mayors’ Council has released a voters’ guide that breaks down each party’s position. While all but the Conservatives have committed to the council’s call for a permanent transit fund, the Tories say their plan will get shovels in the ground faster and on budget.

Learn more about your riding

You can find more information about your riding and watch the results as they come in at the links below: