Family secret: British man learns his real father was a Canadian soldier who fought on D-Day

Ian Marriott first visited the Second World War cemeteries in Normandy, France 25 years ago. At the time, he had no idea that one of the commemorative headstones belonged to his father.
0
Nov 13, 2019 9:44 PM By: Global News 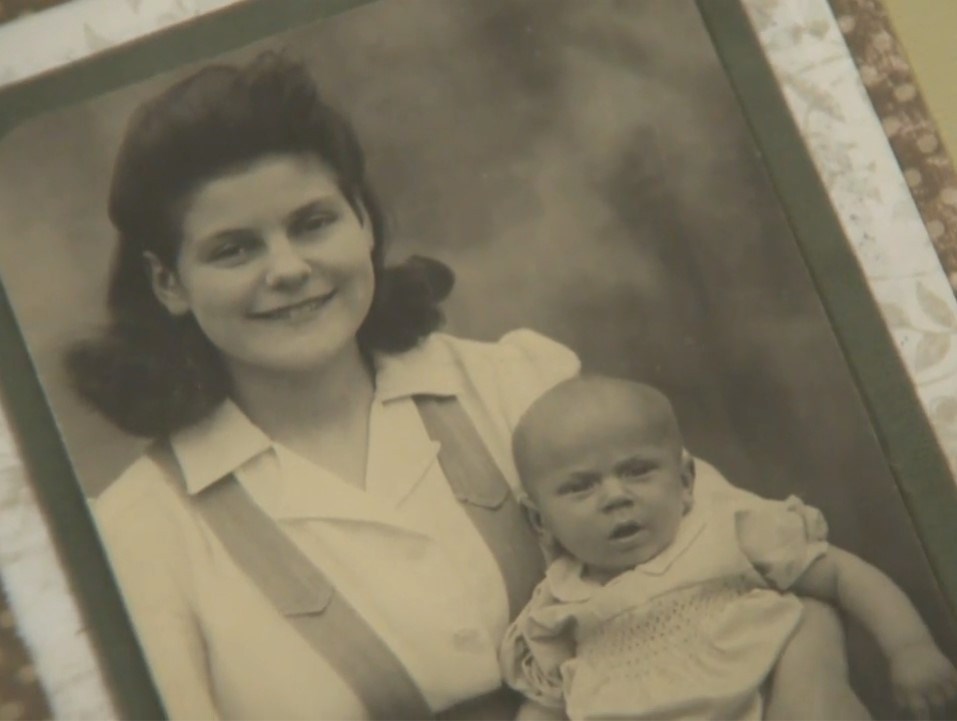 Ian Marriott first visited the Second World War cemeteries in Normandy, France 25 years ago. At the time, he had no idea that one of the commemorative headstones belonged to his father.

Marriott grew up on the south coast of England, with his parents and older sister — or so he thought. It wasn’t until decades later, at the age of 62, that a family member finally told him the truth.

“And that’s when I found out that I was, in fact, half Canadian!” Marriott recalls.

He learned his real father was a Canadian soldier who had a fling with a young British girl, Barbara Marriott. When she became pregnant at just 15, Barbara’s parents chose to cover up the scandal by pretending the baby was theirs.

For Ian, the revelation meant that his “parents” were actually his grandparents, and the woman he thought was his older sister was, in fact, his mother. “That was a big, big shock,” Marriott says. “It was a very successfully kept secret for 62 years.”

Barbara Marriott was just 15 when she gave birth to Ian.

Ian Marriott’s grandparents. He grew up believing they were his parents.

By the time Marriott learned the truth in 2007, his grandparents had passed away.

“I’ve often thought: How did you keep this secret for so long?”

“How could you go to your graves with a lie like that on your conscience? But again, I thought, if you live a lie for a long time, it becomes the truth.”

Marriott’s mother, Barbara, was in the early stages of Alzheimer’s disease, but she was able to confirm the truth of the story. She also provided a photograph of his father and his name: Fred Bigelow.

At 16, Bigelow lied about his age in order to join the military and fight in the Second World War. Bigelow met Barbara while he was stationed in England.

Ian Marriott’s father Fred Bigelow was just 16 when he joined the military.

With that information, Ian spent the next two years piecing together his past. He eventually learned of the small town where his father grew up, Kentville, Nova Scotia. There, he found his Canadian relatives, including his cousin Kenn Bigelow.

“It was pretty surreal,” Kenn recalls of his first meeting with Marriott. “He looked like the Bigelow’s, that’s for sure. He had all the features.”

Kenn and Marriott’s other Canadian family members provided photos of his father, along with his records and medals from the war. Marriott learned his father was killed in Normandy, France on June 7, 1944 — the day after the D-Day invasion and just a few days shy of his 19th birthday.

Ian Marriott met his Canadian relatives for he first time in Kentville, N.S., in 2009.

“I was very, very sad that I hadn’t been told before, because I then would’ve had the chance to have met some of those relatives who knew my father,” Marriott says, noting that his father’s only surviving sibling, Earle, was just 10 years old when Fred went off to war.

“Perhaps the saddest words in the English language are: too late.”

Fred Bigelow is buried in Bény-sur-Mer Canadian War Cemetery near Juno Beach. Marriott visited the cemetery ahead of Remembrance Day and placed a rose at his headstone.

Oppenheimer Park response left off park board agenda for first meeting since homicide
Jan 19, 2020 8:21 PM
Comments
We welcome your feedback and encourage you to share your thoughts on this story. We ask that you be respectful of others and their points of view, refrain from personal attacks and stay on topic. To learn about our commenting policies and how we moderate, please read our Community Guidelines.