The families of three people who were killed in the Nova Scotia mass shooting have launched a class-action lawsuit against the RCMP, alleging the police force failed to protect their loved ones from the gunman in the rampage on April 18 and 19, 2020.
Jun 17, 2020 5:09 PM By: Global News 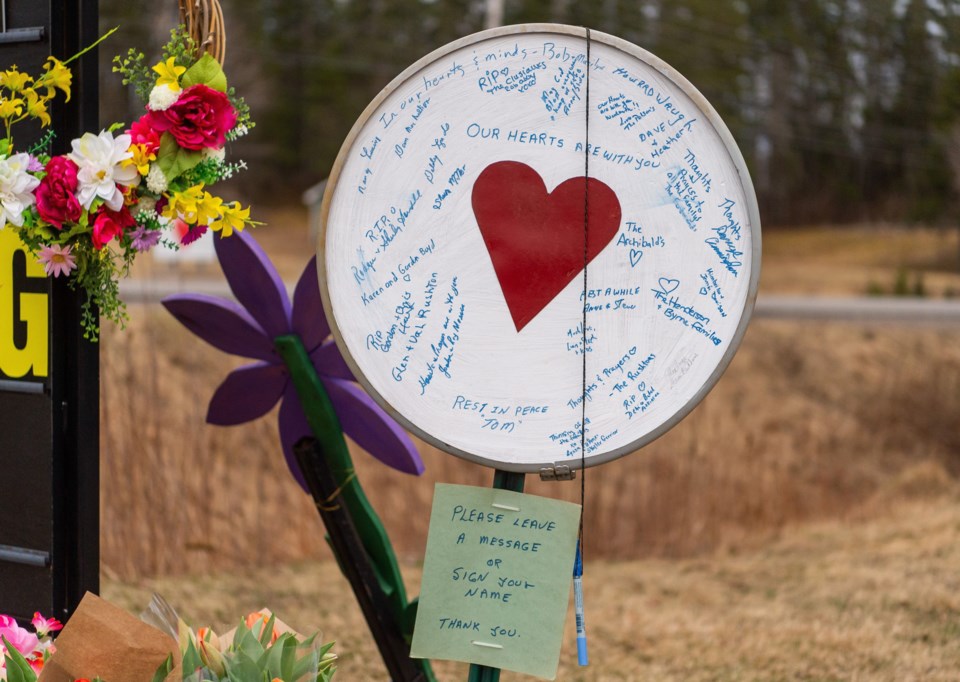 The families of three people who were killed in the Nova Scotia mass shooting have launched a class-action lawsuit against the RCMP, alleging the police force failed to protect their loved ones from the gunman in the rampage on April 18 and 19, 2020.

Tyler Edison Blair and Andrew Frederick O’Brien, the proposed representative plaintiffs in the case, filed the claim in the Supreme Court of Nova Scotia on Tuesday, according to Patterson Law, the firm representing the families.

The proposed class action alleges that even though the RCMP knew that a gunman with a prior history of violence was on the loose in Portapique, N.S., the police force failed to protect the public from the shooter and failed to adequately warn the public about the active shooter situation, in part because it didn’t issue a warning on the province-wide “Alert-ready” emergency system.

The suit names as a defendant the Attorney General of Canada on behalf of the RCMP, and lawyers for the plaintiffs have filed a notice of action that says they also want to add the province of Nova Scotia as a defendant.

“Blair and O’Brien … plead that the Class Members and those killed by (the gunman) were vulnerable members of society who relied exclusively on (the RCMP) and (the provincial government) for police services,” the claim states.

Plaintiff Tyler Blair is the son of Greg Blair and the stepson of Jamie Blair, both of whom were killed in the shooting. Plaintiff Andrew O’Brien is the widower of another victim in the shooting, Heather O’Brien.

All three victims, along with 19 others, were killed at the hands of the gunman during a shooting rampage that started in Portapique, N.S., in April.

In a statement, Patterson Law said the action was brought Attorney General of Canada on Tuesday on behalf of the estates of the deceased victims and their survivors. The proposed class would include the families of all shooting victims, as well as those who suffered personal injury or property damage during the attack.

READ MORE: Here’s what we know about the victims of the Nova Scotia mass shooting

According to a statement from the law firm, the case alleges the RCMP failed to send “timely and appropriate warnings” to members of the affected communities, failed to request the help of Truro Police, and failed to properly investigate and secure the perimeter of the crime scene at Portapique.

The lawsuit also claims punitive damages against the RCMP for its handling of the investigation after the fact.

READ MORE: A nurse who fought for PPE was killed in Nova Scotia. Her family is carrying on the fight

The claim states the RCMP released the automobile of a deceased family member after the investigation with gun casings and body parts still in the vehicle.

“The family members were left to clean the automobiles themselves. (The suit) also alleges the RCMP misled the public when it confirmed that no one was pulled over by the replica RCMP cruiser,” the law firm stated.

There are also claims the RCMP allowed information related to family members’ deaths to be released to other persons before proper notification to the families, including information that was distributed on social media.

The lawyer spearheading the lawsuit, Sandra McCulloch, says the case could produce new documents or evidence about the shooting that have not been made public before.

“When any lawsuit is advanced, the parties involved are entitled to disclosure from the other parties involved of any and all information they have that is relevant to the claims or defences that are made, and this process isn’t any different,” said McCulloch, who works at Patterson Law.

“So there will be further information that comes forward that responds to the allegations and to any defences, and that will hopefully bring to light a lot more answers to the questions that remain outstanding,” she added.

Examples of new information that could come to light include any electronic documents, call logs, records, police reports or notes not previously revealed to the public.

“They’re certainly frustrated, and it’s complicating their own grieving process, so hopefully through this process, we’ll be able to remedy some of these issues and help the families forward.”

McCulloch also said the lawsuit would not be expected to have any impact on a public inquiry into the shooting if they were to be conducted simultaneously.

READ MORE: Nova Scotia shooting — A detailed timeline of how the rampage unfolded

“But there’s a good deal of information out there that certainly leaves open for question — if not casts some doubt — on the appropriateness of those decisions, and that’s what this process is going to explore.”

Global News has sent an e-mail to Nova Scotia RCMP about the lawsuit, but the police force did not immediately respond to the request for comment.

COMMENTARY: New guidelines reduce the stigma of obesity in health care
Aug 9, 2020 9:00 AM