Toronto police have released several videos showing the moments leading up to the shooting death of rap artist Houdini and how a six-year-old bystander was nearly shot.
May 28, 2020 4:44 PM By: Global News 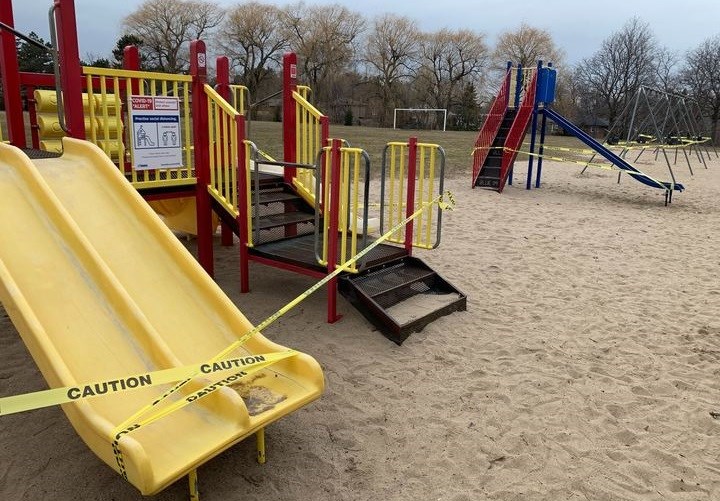 Toronto police have released several videos showing the moments leading up to the shooting death of rap artist Houdini and how a six-year-old bystander was nearly shot.

“When individuals decide to come downtown to the largest city in the country during rush hour and have no care in the world in killing anyone in their way is beyond comprehension. These individuals should not be on the street,” Chief Mark Saunders told reporters Thursday afternoon.

“The public, especially Torontonians, deserve better. I’m appealing that we, as a collective group, once again not let these individuals get away with what they have done or what they almost did.”

Jenkins, a 15-year-old boy and two other associates were captured walking north toward King Street West just after 4 p.m. The Tiguan began to move as Jenkins approached the vehicle. They all began to cross the street when the vehicle pulled a U-Turn.

“A lone shooter emerges from the vehicle … and this shooter opened gunfire on Dimarjio and his other associates that were with him,” Singh said, calling the video “heart-wrenching.”

The group can be seen running south on Blue Jays Way when Singh said one of the associates begins firing a handgun with a “high-capacity magazine.”

“As this unfolds … a little boy ducks into the vestibule here while these associates are returning gunfire to the shooter that came from the vehicle,” he said, adding the shooter returns to the waiting Tiguan south of the shooting scene.

“The little boy was exactly in the line of gunfire when it first started and the family, which can be clearly seen in the background, were in the receiving end of the volley of shots.”

Singh said the video showed bullets hitting the ground, forcing dust up into the air. He said if one of the bullets was slightly higher, the mother of the six-year-old boy could have been injured. In total, 23 shell casings were found at the scene.

“A lot of people’s lives could have been put in jeopardy because of what transpired,” Singh said.

A 27-year-old female bystander was also struck once during the gunfire exchange. Singh said she received a non-life-threatening wound.

Singh said the 15-year-old boy threw away a jammed handgun used during the shooting, which was later recovered by police. He said the teen was shot once. The boy was subsequently charged with firearm offences.

When asked about the motive behind the shooting, Singh said that is still under investigation. He said officers believe based on the evidence gathered so far that Jenkins, who had a short-term rental unit in the area, was the target of the shooting, reiterating the investigation is ongoing.

As for the shooter who exited the vehicle, Singh said the suspect was wearing a medical mask and light-coloured Nike shoes. In conjunction with the vehicle description, he asked for information on the suspect.

Singh also released a photo of one of Jenkins’ associates who was holding the gun with the “high-capacity” magazine. He said the individual was captured on camera at an area business after the shooting incident. Singh asked for help identifying the man.

“To the members in that vehicle, this is unacceptable. We had a very, very young family … who was in the area of this specific gunfire and this gunfight that occurred. Many casualties could have occurred,” he said.

“This was an active gunfight happening on one of the busiest street corners in our city in broad daylight. There was no regard for life. So I’m imploring even the individuals who know who these suspects are they need to do the right thing. I ask them to contact us.”

Homicide 30/2020
Tuesday May 26th Police responded to a shooting at 375 King St. W. Dimarjio Jenkins, 21, AKA "Houdini", succumbed to his injuries.
Suspects were seen fleeing the area in a newer model, 4-door, blue, Volkswagen Tiguan SUV.
Anyone w/info is asked to contact police pic.twitter.com/uQJhRJoXMM

Dad, daughter injured in Calgary motorcycle crash
Jul 15, 2020 12:53 AM
Comments
We welcome your feedback and encourage you to share your thoughts. We ask that you be respectful of others and their points of view, refrain from personal attacks and stay on topic. To learn about our commenting policies and how we moderate, please read our Community Guidelines.