This story is part of a special on western alienation. Click here for more coverage. Alberta’s proposals that are currently being explored by a government-appointed panel may result in higher costs for Albertans, according to some experts.
0
Dec 9, 2019 8:00 AM By: Global News 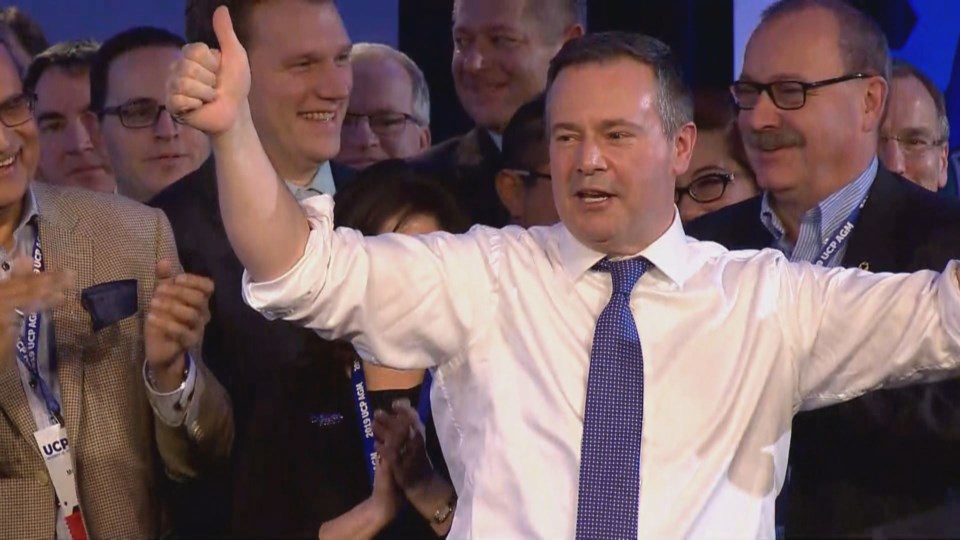 This story is part of a special on western alienation. Click here for more coverage.

Alberta’s proposals that are currently being explored by a government-appointed panel may result in higher costs for Albertans, according to some experts.

The Fair Deal Panel, chaired by Oryssia Lennie, formerly the deputy minister of Western Economic Diversification Canada, has been tasked with exploring nine proposals aimed at giving the province a ‘fair deal’ in confederation.

Premier Jason Kenney announced the panel in early November during a keynote address to the Manning Centre conference in Red Deer.

The first proposal on the panel’s mandate is to explore whether Alberta should establish its own provincial revenue agency to collect directly, as well as seek an agreement to collect federal taxes within the province.

According to University of Calgary economist Trevor Tombe, the move would be costly, with Albertans paying around $500 million per year.

Trevor Tombe is an economics professor at the University of Calgary.

“We would be spending money to do something that is currently being done for us with no identifiable benefit other than this vague sense of having additional flexibility in terms of how we structure our personal income taxes,” Tombe said. “But it would be expensive and an additional hassle for Alberta individuals.”

Under this model, Tombe said that Albertans would file taxes with the Canada Revenue Agency and a second form with the Alberta agency. The move is similar to one Quebec has undertaken, where Revenue Quebec was created, costing the province $1.1 billion annually. Right now, Canadians and Albertans only fill out one form at tax time.

Tombe said it would most likely result in an increase in taxes due to the creation of a new government agency.

“It would add to the total size of the Alberta government, it would increase total spending by about one per cent, so it’s not something that would be phenomenally large to an individual taxpayer,” Tombe said.

“But it would result in a larger government in Alberta and therefore lower spending elsewhere or higher taxes for Albertans.”

Pulling out of Canada Pension Plan

When it comes to pulling out of the Canada Pension Plan to establish an Alberta Pension Plan, the costs remain relatively unknown.

According to Tombe, no province has ever attempted to pull out of the CPP. Quebec established its own pension plan as the federal plan was created.

“It would be a pretty complex undertaking for the province to separate from the CPP,” Tombe said.

READ MORE: Kenney says proposal to pull Alberta out of CPP due to hostility from others

However, Alberta’s younger population would mean lower contributions in the short- and medium-term, with similar benefits offered in the CPP, and could increase what the rest of the country contributes in Alberta’s absence, Tombe said.

Tombe does admit there are long-term risks in establishing a provincial pension plan, as Quebec now pays the highest contribution rates in the country due to a population that aged differently than forecasts predicted decades ago.

According to Tombe, other potential hazards include how the pension funds are invested, as well as the potential to make inter-provincial migration more complicated.

Another major bullet point in the panel’s mandate is the proposal to establish a provincial police force.

Alberta had its own police force in 1917, but it was dissolved in 1932 as a measure to cut costs during the Great Depression.

Currently, Alberta spends $235 million per year for the RCMP to provide policing to communities without their own police force. Municipalities larger than 5,000, like Red Deer, can also contract out the RCMP for policing. Depending on the population, between 70 and 90 per cent of the costs could be covered by the municipality.

According to Doug King, a justice studies professor at Mount Royal University, establishing an Alberta provincial police force would likely be a costly venture, but could have benefits that aren’t financial in nature.

Doug King has been a criminal justice professor for 25 years, and worked with the Calgary Police Service research and planning department.

“We’re talking a sizable investment of money, more than we’re currently paying for sure,” King said. “But then the question is, does it achieve a non-cost benefit in terms of being able to deploy people more quickly, respond to crime initiatives like rural crime more effectively?”

Alberta’s contract with the RCMP expires in 2032, and King said if the government got started on a provincial police force in 2020, it would take at least until 2025 or even 2030 to work out logistics like recruitment, patrol vehicles, training and infrastructure.

The panel will also explore opting out of federal cost share programs, an exchange of tax points for federal cash transfers and establishing a formalized provincial constitution.

Are the costs worth it?

The ideas presented for the panel to investigate are similar to those included in the Firewall Letter, written by six Albertans to then-Premier Ralph Klein in 2001 to take these steps.

Then in 2004, an MLA committee was formed by Klein to study and report on the proposals. The committee found that the proposals weren’t feasible and too costly for Alberta taxpayers.

Ken Boessenkool, one of the authors of the Firewall Letter, believes that the benefits shouldn’t be measured in costs despite the high price tag to achieve the fair deal proposals.

Ken Boessenkool was one of the original signatories of the firewall letter, sent to Premier Ralph Klein nearly two decades ago.

“If the benefits outweigh the costs, then let’s go for it.”

But one potential benefit that Boessenkool sees from moving forward on the fair deal proposals is suppressing the separatist sentiment stewing in Alberta since the 2019 federal election.

“I’m excited about these proposals. I think the timing, giving Alberta a project to work on, to push away this really dumb and stupid idea of separatism is also very healthy, that is a side benefit,” Boessenkool said.

Alberta’s Fair Deal Panel will hold public consultations on the proposals until Jan. 30, 2020, and will report their findings to the government in March.

Big White Ski Resort hosts 2020 Snowboardcross World Cup
Jan 25, 2020 1:21 PM
Comments
We welcome your feedback and encourage you to share your thoughts on this story. We ask that you be respectful of others and their points of view, refrain from personal attacks and stay on topic. To learn about our commenting policies and how we moderate, please read our Community Guidelines.