COMMENTARY: A new ‘Cold War’ is developing between China and the U.S.

A senior Canadian military officer said the other day that some fellow officers were not thinking at all about a potential conflict in the Indo-Pacific. That can also be said of most Canadians.
Aug 10, 2020 7:00 AM By: Global News 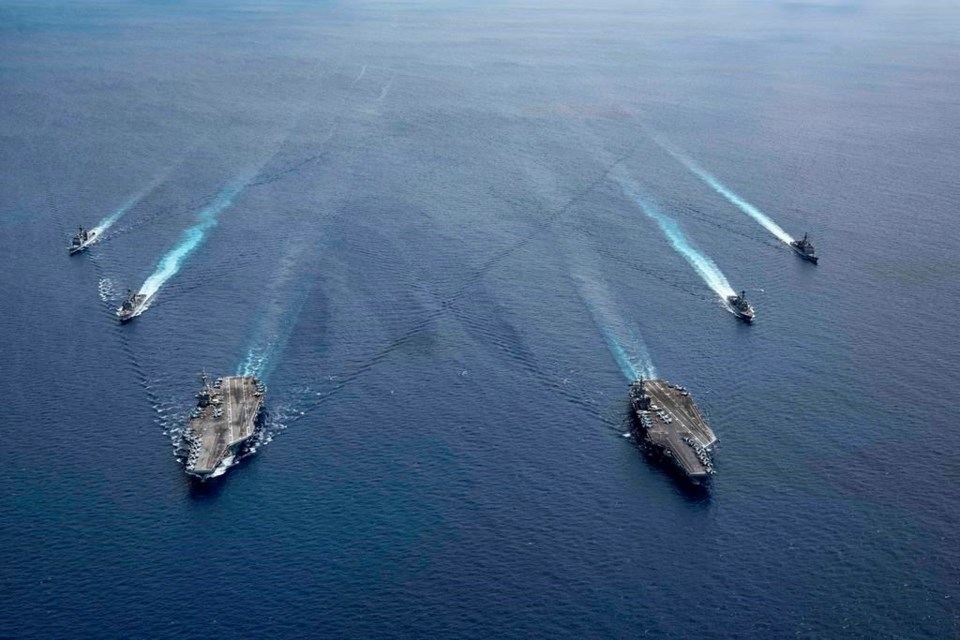 A senior Canadian military officer said the other day that some fellow officers were not thinking at all about a potential conflict in the Indo-Pacific. That can also be said of most Canadians.

As with so much internationally in recent years, the federal government has had little to say as accelerating tensions roil a vast area stretching in a crescent from South Korea and Japan to Indonesia to India. Many nations are becoming heavily engaged, but not Canada despite its claim to be a Pacific nation with many trade interests in Asia.

A new Cold War is upon us. It would not take too much of a miscalculation for it to become a Hot War.

At the centre of the tempest are China and the United States. Arrayed against China are almost all of the countries in Asia except its client states, Cambodia, Burma, Pakistan — which is being drawn into China’s orbit, and the Philippines — which now may be trying to escape China’s embrace after a couple of years of favouring Beijing over its traditional ally, Washington.

With China and the U.S. regularly hurling insults at each other, engaging in tit-for-tat expulsions of diplomats and staging bigger and bigger war games in the western Pacific, how much longer can Canada remain uninterested in the frictions that threaten democratic Taiwan and are developing around Chinese-held atolls such as the aptly well-named Mischief and Fiery Cross reefs? Then there is the dangerous sideshow between China and India that has restarted in remote mountain passes in the Himalayas.

The U.S. and Australia have in the past few weeks explicitly declared that Chinese President Xi Jinping’s extravagant nine-dash-line claim to about 90 per cent of the South China Sea is total nonsense. India has cemented new trade and security ties with Australia, which is quickly establishing a much closer relationship with Japan. At the same time, India, Australia, Japan and the U.S. are deepening their relations through the Quadrilateral Security Dialogue, and Australia and the U.S. have held high-level security talks about China.

The annual Malabar naval exercise, which is to take place soon, will this year involve all the countries of the Quad, which Canada has shown no interest in joining. Similar exercises involving Japan, Australia and the U.S. recently took place in the northwestern Pacific. Almost concurrently, the U.S. Navy twice sent a pair of aircraft carriers through the South China Sea to underscore its opposition to China’s so far largely successful move to establish facts on the water by building military structures on a score of Pacific atolls.

To China’s consternation, Taiwan has also been getting lots of favourable attention in the U.S. and Japan.

Citing what he called the worst human rights violations of this century by China against its Muslim Uighur minority and the harsh new security law that Beijing has imposed on Hong Kong, U.S. Secretary of State Mike Pompeo called last month on free societies to unite against President Xi’s Communist dictatorship. In the weeks before the secretary spoke, the U.S. Air Force began frequent bomber sorties over the South China Sea. Alleging that they are spies, Washington has also been arresting Chinese citizens in the U.S.

This is not just Donald Trump flying solo. Democrats overwhelmingly agree with the president’s position on China. Should Joe Biden win the presidency in November, there may be a less hawkish tone in the White House, but the policy on China is unlikely to change much.

For its part, Beijing has been conducting military games in the air and on the waters surrounding Taiwan. It has also been constantly probing Japan’s air and sea defences, particularly around the Senkaku Islands in the East China Sea. As a Japanese Self Defense Force commander on Okinawa told me in February, fighter jets and reconnaissance aircraft had to scramble nearly 1,000 times last year.

As for the South China Sea, an international tribunal has found no legal basis for Beijing’s claims there, but Xi ignored the ruling. He was further emboldened by former-U.S. president Barack Obama’s refusal to do anything about intelligence that he was given back in 2013 that China intended to send an armada of dredgers to build artificial islands on rock and coral outcroppings there.

Those tiny islets would be relatively easy for the U.S. military to eliminate with missiles and bombs. However, Beijing would regard such an attack as an act of war, with events likely spinning in unpredictable, highly dangerous directions after that.

Neither side is threatening war, but there is a growing feeling in Asia, Australia, the U.S. and even western Europe that something must be done to check China’s territorial ambitions. The Chinese government has gotten as far as it has because of western apathy and because of its frequent use of coercive economic power. There is also a suspicion in many capitals that China has been more aggressively asserting its many claims across the Indo-Pacific in the past few months because the world has been focused on the global coronavirus pandemic.

The centrepiece of China’s expansionary strategy is the South China Sea. It is of crucial importance because the countries that border the sea have nearly two billion people and because it sits atop rich fishing grounds and oil and gas reserves.

There are broader geostrategic considerations at play. Having a string of airfields out in the South China Sea makes it harder for the U.S to operate there. Those possessions also permit Beijing to begin to have a little influence over the ocean to the east of Taiwan and the Philippines.

Taiwan, the Philippines, Vietnam and Malaysia, which has enlarged its claim recently, have fortified atolls, too. But they are fewer in number and they cannot afford the infrastructure that China has built.

Moreover, China is not done. On the southern margins of China’s nine-dash-line maritime claim, the Chinese Coast Guard upped the ante in late July by attempting to assert authority over fishing grounds around Indonesia’s Natuna Islands. This has prompted an angry reaction from Jakarta, which has heretofore mostly tried to say out of the various overlapping territorial disputes in its neighbourhood.

What China is trying to do around this archipelago about 3,000 kilometres from its shores is akin to Canada claiming the right to exploit the territorial waters abutting the Bahamas or Florida. As with China’s claim to the South China Sea — which Ottawa has ducked taking a position on for years — Canada remains either silent or an outlier on many issues of keen importance to its closest allies and potential new partners in Asia.

Matthew Fisher is an international affairs columnist and foreign correspondent who has worked abroad for 35 years. You can follow him on Twitter at @mfisheroverseas