Albertans are planning to hit Edmonton’s streets Friday in duelling demonstrations to mark a visit by a well-known climate campaigner.
Oct 18, 2019 10:18 AM By: Global News 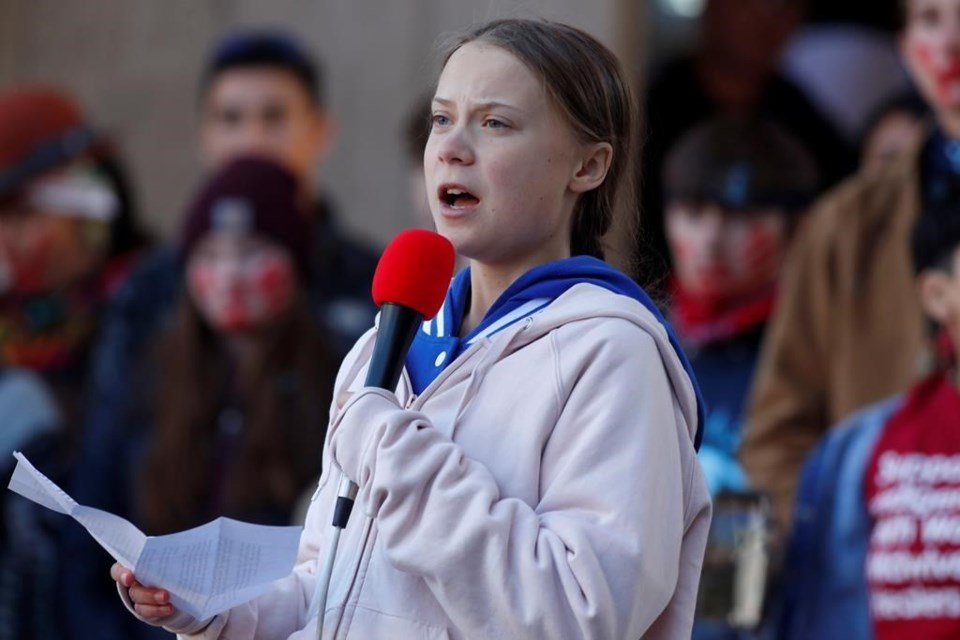 Albertans are planning to hit Edmonton’s streets Friday in duelling demonstrations to mark a visit by a well-known climate campaigner.

Sixteen-year-old Swedish student Greta Thunberg will join Climate Justice Edmonton in a march from a park to a noon rally at the Alberta legislature.

But at the same time as that rally begins, a group of oil-and-gas supporters and a pro-pipeline truck convoy from Red Deer are expected to arrive at the legislature for a counter-rally.

United We Roll — which held a pro-pipeline convoy to Parliament Hill in February — says its members are frustrated with celebrities visiting the province and telling Albertans how to run their business.

The convoy was scheduled to start at Gorts Truck Wash in Red Deer at 7 a.m. before making its way up the QEII. Blackjacks Games Room in Nisku was also scheduled to serve as a staging area for the convoy before it traveled to the Alberta legislature in time for the noon climate rally.

“We have the oil industry with the highest environment standards in the world, highest safety standards, labour code, all of that,” Convoy co-organizer Joel Mullan said.

“We have an industry we can be immensely proud of, and that’s what we’re going to do today is show that pride and our support for it.”

WATCH BELOW: A co-organizer of a counter-rally to a climate march in Edmonton on Friday explains why the group has organized the convoy.

Organizers said the counter-rally is meant to be peaceful.

Edmonton police said in an email it was aware of the climate rally and convoy counter-protest, and prepared as they would for any other major city event.

Specialized resources have been assigned to “maintain peace and ensure the safety of citizens” and people should “expect a police presence where the rally and protests are scheduled, including any required traffic diversions.”

“We would like to reassure the citizens of the Edmonton that the EPS is working to ensure sufficient resources are in place to manage the demonstrations,” Insp. Jonathan Coughlan said.

Thunberg has been making headlines for criticizing world leaders who she accuses of letting down youth by doing too little to tackle climate change.

Edmonton Mayor Don Iveson extended an invitation to Thunberg to visit city hall. Alberta Premier Jason Kenney said he hopes Thunberg is warmly welcomed, but there are no plans for the UCP to meet with her.

— With files from The Canadian Press

Jacob Chitze’s mom urges witnesses at house party to come forward as RCMP probe his death
Jul 8, 2020 10:44 PM
Comments
We welcome your feedback and encourage you to share your thoughts. We ask that you be respectful of others and their points of view, refrain from personal attacks and stay on topic. To learn about our commenting policies and how we moderate, please read our Community Guidelines.