The Canadian government says it will work to protect drug supplies i n Canada after the Trump administration announced Wednesday that it would seek to allow states to import prescription medication from north of the border.
0
Dec 18, 2019 4:46 PM By: Global News 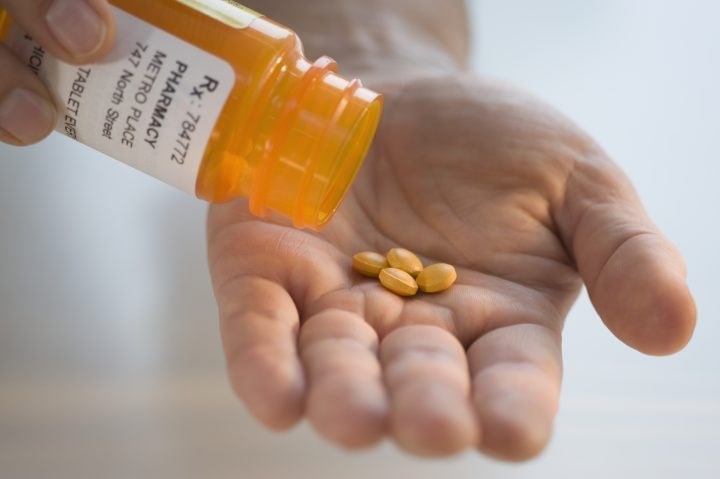 The Canadian government says it will work to protect drug supplies in Canada after the Trump administration announced Wednesday that it would seek to allow states to import prescription medication from north of the border.

Opening up imports for states is something U.S. President Donald Trump has long boasted as a means of lowering U.S. drug prices.

In a statement to Global News, Health Canada spokesperson Alexander Cohen said: “Our government will protect our supply of and access to medication that Canadians rely on.”

The statement added that the Canadian government will “continue to be in communication with the White House” and the message remains “firm.”

The pathways for importation were first announced by the U.S. government in July. Health officials in Washington on Wednesday unveiled a proposed regulation that would allow states to import many brand name drugs from Canada, with federal oversight. A second draft plan would let pharmaceutical companies seek approval to import their own drugs, from any country.

Medicines cost less in Canada, and other advanced countries, because the governments take an active role in setting prices. Higher costs are often reported as the reason why some U.S. residents to travel to Canada to buy medication. The FDA permits U.S. residents to bring medication for personal use across the border but not more than a three-month supply.

Alex Azar, secretary of the U.S. Department of Health and Human Services, called the importation move “a historic step forward in efforts to bring down drug prices and out-of-pocket costs.”

However, there have been concerns in Canada that such a move could harm drug supplies.

READ MORE: Drug shortages in Canada — Why they happen and what you can do about it

The Canadian Pharmacists Association has been among those raising alarms and calling on the government to take action.

“With an average of five new drug shortages reported each day in Canada, we are not in a position to supply a country 10 times our size and these proposals could restrict the availability of medications for our patients,” a statement from the organization provided to Global News read.

The organization pushed the Canadian government to “clearly express its opposition” to U.S. drug importations and create an action plan.

The pharmacists’ association isn’t alone in its concern. Earlier this year, 15 groups representing patients, health professionals, hospitals, and pharmacists warned the federal government of the potential for increasing drug shortages in a letter.

“The Canadian medicine supply is not sufficient to support both Canadian and U.S. consumers,” the letter read. “The supply simply does not, and will not, exist within Canada to meet such demands.”

On the Drug Shortages Canada database, there are currently 9,012 shortage reports. Twenty-three per cent of those shortages, or 2,048, are current issues. One per cent of the reports, a total of 53, are anticipated shortages. The remainder have either been avoided or resolved.

— With files from Reuters, The Associated Press

Coronavirus lockdowns might be delaying flu season in the southern hemisphere
May 29, 2020 6:00 AM

Will pets have separation anxiety when we go back to work?
May 29, 2020 6:00 AM
Comments
We welcome your feedback and encourage you to share your thoughts. We ask that you be respectful of others and their points of view, refrain from personal attacks and stay on topic. To learn about our commenting policies and how we moderate, please read our Community Guidelines.