Canada added another 2,342 confirmed cases of the novel coronavirus Thursday, one of the highest daily case counts yet since the pandemic began early this year. The new positive cases pushed the country’s total to 191,532 infections.
Oct 15, 2020 8:31 PM By: Global News 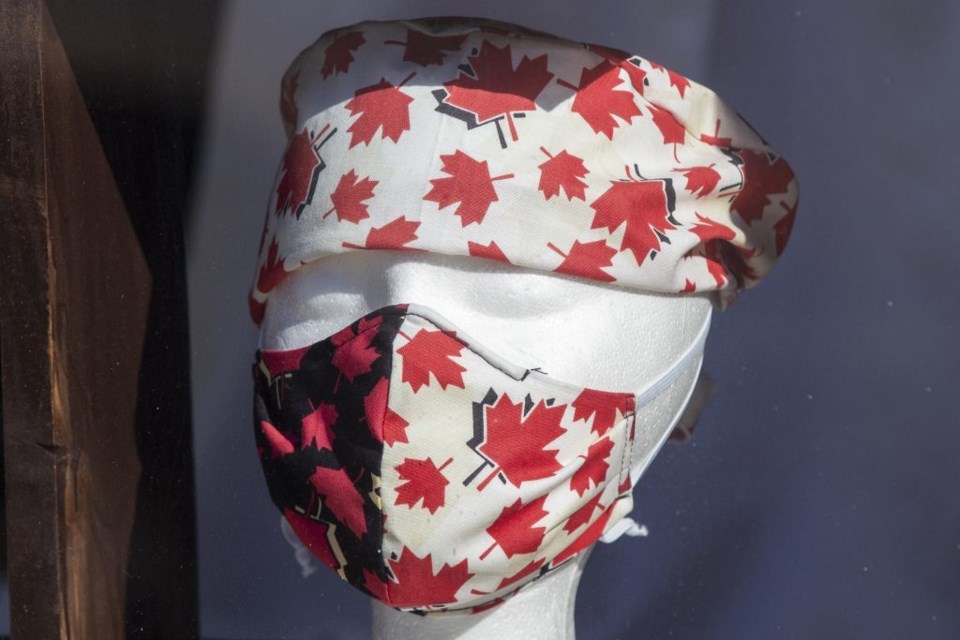 Canada added another 2,342 confirmed cases of the novel coronavirus Thursday, one of the highest daily case counts yet since the pandemic began early this year.

The new cases also represented about 2.5 per cent of the 92,796 new tests performed over the past 24 hours. To date, more than 10.2 million tests have been performed across Canada, although some provinces and territories do not update their testing data daily.

Thursday also saw the national death toll rise to 9,699 after 38 new deaths were reported. Twenty-two of those deaths were historical and all based in Quebec, which also removed two earlier deaths from its total after they were found to not be attributable to COVID-19.

Quebec did report eight new deaths had occurred since Wednesday, as well as 969 new positive cases. The province has now seen a total of 89,963 confirmed infections and 6,005 deaths, while 75,467 patients have recovered from the virus.

Read more: How many Canadians have the new coronavirus? Total number of confirmed cases by region

Newfoundland and Labrador reported one new case, the only Atlantic province to see any increase Thursday. Newfoundland has now seen 284 new cases, four of them fatal, while 271 have recovered.

New Brunswick reported no new cases for the first time since Oct. 4. A total of 292 cases have been reported so far, with two deaths and 200 recoveries. Nova Scotia has seen a total of 1,092 cases and 65 deaths, while Prince Edward Island has three active cases out of 63 total infections, with no deaths so far.

Manitoba posted another new record with 173 new cases, while health officials said another person has died from COVID-19. The province has now seen a total of 3,098, only half of whom have recovered, and 38 deaths.

In Saskatchewan, 33 new cases were reported, with no new deaths. A total of 2,232 cases have been confirmed to date, along with 25 deaths and 1,936 recoveries.

Alberta added another 244 new cases and one new death, bringing the province’s totals to 21,443 confirmed infections and 288 deaths, while 18,417 patients have recovered from the virus.

No new deaths were reported Thursday, keeping the death toll at 250, while 9,257 patients have recovered so far.

None of the three territories reported new cases on Thursday.

The Northwest Territories has seen five cases to date, all of which have recovered. The territory’s last case was reported over six months ago.

The Yukon said Wednesday that a presumptive case has come back negative, keeping its total at 15 cases — all of which have recovered.

Read more: Reality check: No, the WHO didn’t reverse its position on coronavirus lockdowns

With cases rising — and some provinces moving to limit or close businesses again — many Canadians who remain unemployed or short of work are turning their attention back to government relief and ensuring they can qualify.

On Thursday, the Canada Revenue Agency said it will update the wording of a question on its online application for the Canada Recovery Benefit, to make clear that Canadians who exhausted their Employment Insurance benefits are eligible for the new benefit.

The decision comes after Global News indicated the phrasing was creating confusion for some jobless Canadians.

Worldwide, over 38.8 million cases of the novel coronavirus have been confirmed by public health authorities, according to data compiled by Johns Hopkins University. Over 1,096,000 of those patients have died to date.

India, with 7.3 million confirmed cases, is continuing to surge towards the United States’ world-leading total of 7.9 million cases. The U.S. still leads the world in deaths, at over 217,000.