B.C. to unveil 3-ministry plan to crackdown on youth vaping

B.C.’s provincial government is slated to unveil a sweeping program to crack down on youth vaping on Thursday, Global News has learned.
0
Nov 13, 2019 9:56 PM By: Global News 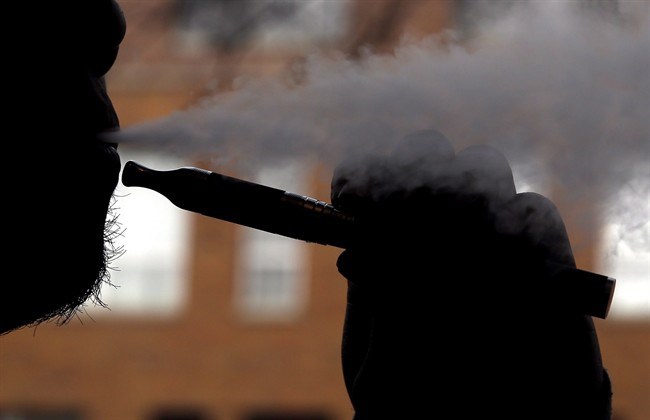 B.C.’s provincial government is slated to unveil a sweeping program to crack down on youth vaping on Thursday, Global News has learned.

The initiative is being touted as by far the biggest effort by any Canadian province to fight vaping among teens.

Sources have confirmed to Global News that the initiative will involve elements from all three ministries.

The program will include new regulations to tighten access to vaping products.

A core element of the plan will be a youth-focused and “youth led” education plan.

The youth-vaping plan may not require the introduction of legislation, as many of the changes can be done through cabinet orders and changes to regulations.

However, with the Ministry of Finance involved, it is possible there could be tax changes, which would require legislation.

Sources tell Global News the plan will also involve calling on Ottawa to be more proactive in how it regulates vaping products, particularly when it comes to flavourings.

Dix has repeatedly said an action plan will be released “soon” while calling on the federal government to establish restrictions on nicotine levels and flavouring for vaping products.

In B.C., around 6,000 vendors are permitted to sell tobacco products, compared to around 90,000 points of sale for vaping products.

The popularity of vaping among teens has been a growing concern in B.C. and around the world, amid a surge in cases of vaping-related illness.

Health officials are investigating three “probable” cases of vaping-related illness in British Columbia, while five others have been flagged in Canada, and dozens of cases in the U.S.

Research in the U.S. has suggested that the culprit for the illness may be a chemical compound called Vitamin E acetate.

Health Canada said the compound is not allowed in vaping products sold in Canada, but that it was looking into the issue regardless.

Earlier this month, Vancouver city council voted to direct staff to look into stricter vaping regulations, including rules about how close vape shops can be to schools and a ban on ads on city property.