The Canada Emergency Response Benefit has been a lifeline for many Canadians. “I don’t know what I would have done if they hadn’t introduced it.
Sep 19, 2020 9:17 PM By: Global News 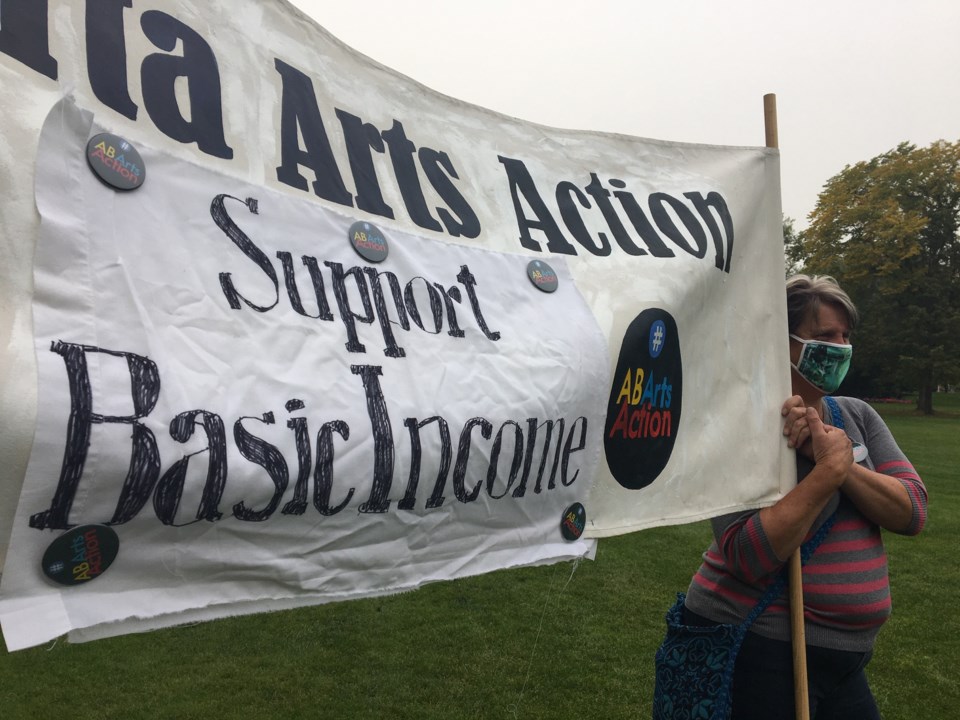 The Canada Emergency Response Benefit has been a lifeline for many Canadians.

“I don’t know what I would have done if they hadn’t introduced it. Not only am I a full-time self-employed artist and musician and music teacher but I have two small kids,” said Dana Wylie, who organized a basic income rally in Edmonton on Saturday.

Wylie says since the coronavirus pandemic started, her work opportunities immediately dropped. Like many in Edmonton, she applied for CERB.

“For me, it’s made all the difference and quite frankly provided me with more financial stability than I’ve ever had in my life,” Wylie said.

But that program is about to end. She and others took to the legislature grounds Saturday to drum up support for another potential program.

“Today is a bit of a rally looking at basic income in Canada as a possibility that we’re pushing for [the] federal government to begin that kind of initiative,” Michael Phair with the Coalition Canada Basic Income said.

A guaranteed basic income for all Canadians has emerged as the top policy choice for Liberal members of Parliament. The Liberal caucus wants to adopt the idea at the party’s upcoming national convention.

“This comes up now because people are looking for some form of support and this idea, which was kicked around for decades, seems like, ‘Hey this could work.’ The fact that I get a guaranteed income is really attractive in bad times and then when you have to pay for it in the good times, all of the sudden say, ‘Maybe I don’t like this idea so much,'” Concordia University economics professor Moshe Lander said.

Lander says while a basic income could work, it would be challenging to get it right.

“The government can’t keep running $350 billion deficits year after year. They’re going to have to figure out at some point, ‘How do we make this work?’ And to rely on a small group of employed people to finance a large group of unemployed people is never going to be a long-term solution,” Lander said.

As Wylie and others look to grow this movement in Alberta, she remains concerned about what happens after CERB runs out.

“I’m either going to hustle a lot more music students and to find a way to teach them while I’m also watching my kids or I’m going to hope that the current recovery benefits the Liberals are proposing actually get passed and then I don’t know… like many people, I don’t know,” Wylie said.