With clubs closed, events up in the air season still uncertain for Brad Jacobs

The Sault-based Jacobs rink was on a roll when COVID-19 cut short last season and it's not yet clear when they'll hit the ice again
Sep 26, 2020 12:00 PM By: Frank Rupnik 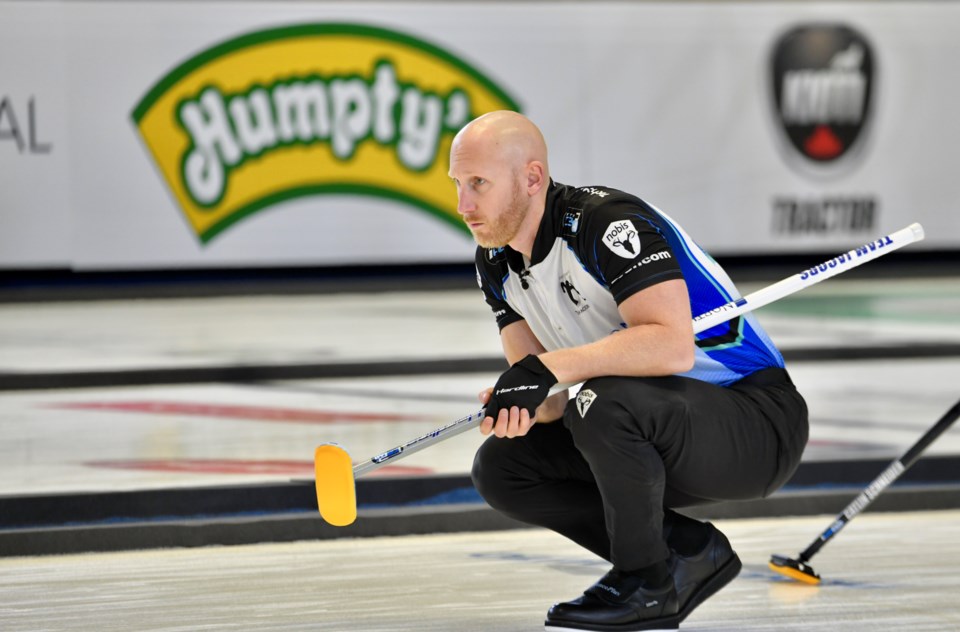 As skip of a world-class curling team, Brad Jacobs thrives on control.

But like most of us these days, the Olympic gold medallist’s pursuit of excellence has been disrupted.

His team was having a great season in 2019 when the COVID-19 pandemic put an early stop to the season. Two Grand Slam events and the World Championships were left on the table when the plug was pulled.

“We were on a roll,” said Jacobs. “We certainly played well. It’s not how we wanted to finish, but it was out of our control.”

Jacobs said he spent the summer relaxing and staying in physical shape for the resumption of the curling season, which usually happens in September.

The start was pushed back a bit, but Jacobs and his team, which includes Marc Kennedy, E.J. Harnden and Ryan Harnden, are scheduled to curl at an event from Oct. 2 to Oct. 5 in Kitchener/Waterloo. There’s also another bonspiel the weekend after.

“We’re scheduled to go as of now,” said Jacobs earlier this week.

Typically, the team jumps into curling without throwing many rocks.

Early events run by the various clubs give the Jacobs Rink and other top teams a chance to get in some competition before the bigger events later in the calendar.

Getting in some early practice at the local Community First Curling Centre isn’t an option for Jacobs or anyone else. A recent SooToday story indicated the club has postponed opening as usual after the Thanksgiving weekend.

Jacobs isn’t sure what new rules and regulations await his team when it starts play in October.

“I don’t know about whether we are going to be wearing masks or not,” said Jacobs, who said that wearing masks will be especially hard for sweepers.

“Once we get to the events, assuming they’re still on, then we’ll get a better idea of the guidelines we need to follow and what’s mandatory and what’s not,” said Jacobs.

Curling Canada has been looking at COVID modifications.

According to a Canadian Press story which ran on SooToday, these include using only one sweeper on a delivered stone and no sweeping in the rings.

However, what's allowed at events will ultimately depend on what the province, municipality and even club deem safe, the article said.

“I can speculate,” said Jacobs when speaking about the rule changes which may be in place when his team takes to the ice in October. “But there’s just no point and things can change between now and then.”

The Continental Cup (Jan. 7-10) and Canadian under-18 Championships slated for Timmins were cancelled. The Canada Cup scheduled for Nov. 24-29 has been postponed.

As of now, the Brier is still on for March 6-14 in Kelowna B.C. and so is the Scotties Tournament of Hearts to be held Feb. 20-28 in Thunder Bay.

These classic national events will likely take place with limited, if any, fans.

“You feed off their energy,” Jacobs said of the fans. “It’s going to be different.”

While COVID has made things more difficult for Team Jacobs, the skip feels especially sorry for the young curlers and athletes who are affected.

“It’s disappointing we can’t have a season like we normally would,” said Jacobs. “But the people who are really losing out are all the kids who don’t have sports or things are pushed back or rescheduled in the development years. That’s really sad.”

“Hopefully things will turn a corner soon. You got to maintain a positive mindset.”