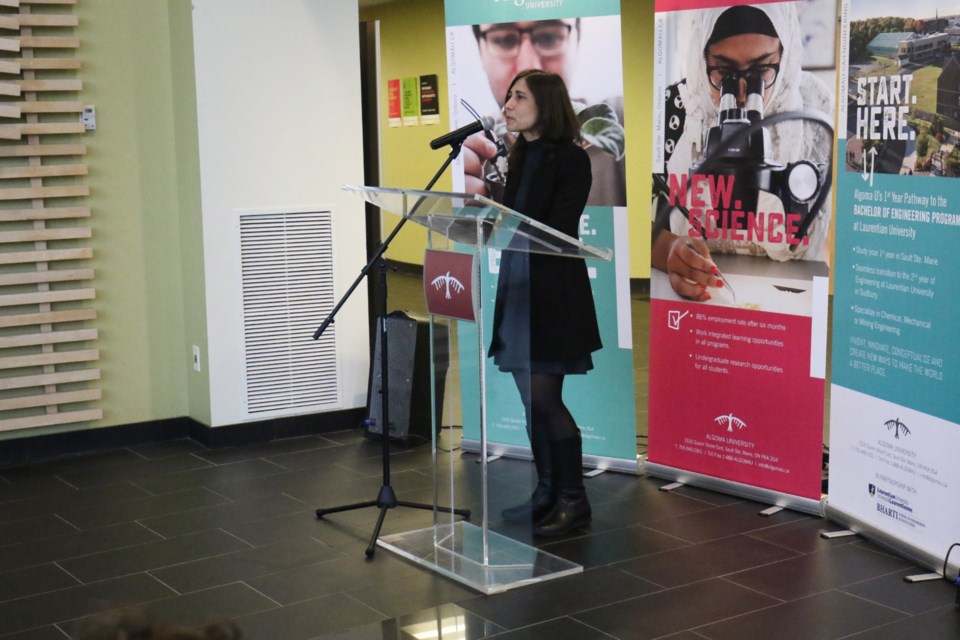 In the midst of COVID-19, the pursuit of knowledge and discovery goes on in labs and research centres across the country.

This includes Algoma University, where pioneering work is being done in biochemistry.

Two years ago, Dr. Isabel Molina of Algoma University was named a Canada Research Chair. Her work specializes in plant lipid metabolism, which basically looks at how plants adapt to protect themselves from various environmental stresses such as drought.

The Research Chair position comes with $500,000. It also provides Molina with a reduced teaching load. She teaches two courses a year, instead of the regular load of five, allowing her more time for research over the five-year term of the research chair position.

While all eyes are on those working on solutions to the current pandemic, COVID has posed challenges for anyone doing scientific research in a wide range of disciplines.

“Our labs were closed in mid-March,” said Molina.

For about three months nobody could work in the lab except for an associate who maintained the plants. Getting rid of them would have meant giving up a lot of work and time, said Molina.

“They’re not simple plants,” she said. “We have done some genetic engineering on them. It’s valuable material for us, so we were able to do some basic maintenance.”

Closing the labs also meant changing the jobs of students she hired for the summer.

The new projects allowed them to work from home on the computer which still provided them with valuable experience.

The labs were re-opened on June 22.

Now, there’s a group of four students. There’s plenty of space and Molina said all the required precautions are taken.

Molina also found opportunity in the chaos of COVID.

“In my case it allowed me to catch up a little bit with things that we’ve been doing, but I haven’t had time to write them up for publication,” she said, adding that her colleagues who do a lot of field work have faced more challenges.

“This year, we were able to publish six articles. Just one per year is a lot some times. It was a very successful year,” she said.

It’s work that promises to have a lasting impact.

A Canadian government website emphasized the importance of Molina’s research.

It’s also a big boost to a small university such as Algoma.

Such awards open the door to more funding from other programs.

“I’m absolutely thrilled about it,” said Algoma University president Asima Vezina when the Canada Research Chair announcement was made for Molina. “Isabel is a tremendous scholar and researcher, we’re very lucky to have someone of her caliber and talent on our faculty.”