Having not competed in a World Cup event this season due to COVID-19, Mac Marcoux is doing what he can to make the best use of his time
Feb 17, 2021 10:00 AM By: Brad Coccimiglio 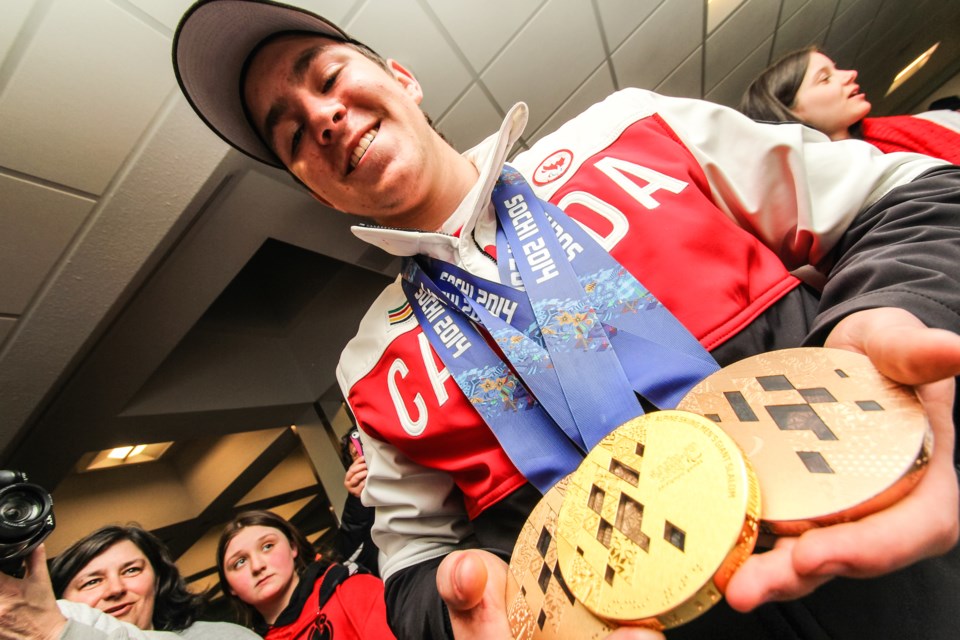 Though the COVID-19 pandemic has meant a break from competition, there have been some positives for local skier Mac Marcoux.

As a member of Canada’s Para-Alpine team, World Cup events have been limited for the team this season for the 23-year-old this winter, but the season has been a productive one thus far regardless.

“We trained really hard in the fall and returned to snow from knee surgery and then we had planned on going racing, but the World Championships ended up getting postponed,” Marcoux said. “The World Cups are still being held over in Austria, but Sport Canada had shut us down from heading over there. It’s just too much to try to go over there and the possibility of one person getting sick; we’re traveling with a big group and then the group gets sick. It’s not worth it at this point.”

“We’re getting a lot of really good training in,” Marcoux added. “We spent about nine weeks at Panorama (in British Columbia). The environments that they have set up for us are pretty amazing. Over the years, we’ve spent a lot of time there and developed a really great relationship with the ski hill. They allow us to get some really great training in. When it comes to actually skiing, we have lots of days on snow. We’ve been really progressive, and the whole team is in a really good spot. It’s just waiting for the opportunity to go racing. I don’t think anyone is getting too anxious to get racing with everything that’s going on.”

Marcoux added that he feels the team won’t be back racing “until the new year next year or maybe early in December.”

While World Cup events haven’t been part of the schedule this winter, training has taken on an even bigger role this season.

The added training early on in the season also allowed Marcoux to recover following knee surgery. With no events scheduled at that point, the time allowed him to pace his recovery.

“The team headed over to Switzerland when things were cooling down a bit in October to get some training in,” Marcoux said. “I had just finished knee surgery to get my meniscus fixed, so it was only a 10 to 12-week recovery plan. I spent the whole preseason returning to snow and getting to feel really good again on my knee and making sure we didn’t push it too hard and push it too fast and cause other issues. We ended up having a really good stint in November right through to December.”

“Every athlete was kind of in a different spot, but everyone was gearing up to go racing,” Marcoux said. “By the end of the trip, we had put in some racing relation stuff and we pretty much trained like we race. We would go out and stick to the same race-routine that you have every day and go out with a goal that you set for the day and see if you can get it done. If not, you go back to the drawing boards and see what you did wrong and do it the next day. It’s a really good opportunity for us to really focus in a lot of time on our skiing and really just work out the kinks as we have a fair amount of time.”

The break from events has had a silver lining for Marcoux and the rest of the team.

“There’s a lot of time to take care of your body and mentally get in a really great space and take advantage of the really great training we have in Canada,” Marcoux said. “We’re really fortunate that way.”

The break also allowed Marcoux to have the surgery at a time when it wouldn't have as big an effect on training.

“I put off fixing my meniscus for five years or so,” Marcoux said. “This year, we had an opportunity. It was starting to bite me in the heels a little bit. I could have skied on it for a full season, but it would have probably hindered some days and I would have missed a lot of training trying to keep it under control.

“Being able to get back on snow and having a big training block on snow where I can go from zero to 100 over six weeks and really just take things slow (is important),” Marcoux added. “We started with one run a day and then two runs a day and slowly build up to where I can ski a course and have no issues and slowly build up the intensity until we got to where we need it to be.”

With no World Cup events planned for the team for the foreseeable future, what exactly is on tap for Marcoux?

“I’m spending the next little bit of time freeskiing and snowmobiling,” Marcoux said. “It’s one of those years where we planned on being racing and we’re just rolling with the punches.”

“We’re at about Plan E right now of what the World Cup season was looking like,” Marcoux joked.

Marcoux continues to work with guide Tristan Rodgers as the two have grown close since teaming up in 2018.

“He’s been super with me,” Marcoux said. “I spent all of 2018 and 2019 injured and he just kept plugging away. He’s a super motivated kid and he’s a lot of fun to be around. He’s probably the most high-energy person I’ve ever met. He’s keeping me on my toes all of the time, which is pretty cool. Coming from his able-bodied background, he’s a really strong skier, and I’ve learned a lot from him on the mountain every day. I can’t say enough good things about skiing with Tristan. We have a blast and try to keep things light and fun. That’s a huge part of it is to have fun. Being buddies on the mountain makes things a lot easier.”

The pair were also part of a recent documentary as well called Blind Faith, which outlines Marcoux and Rodgers working toward freeskiing.

“Freeskiing for a blind person isn’t really something that a lot of people are looking into,” Marcoux said in the documentary. “People are like we were, just trying to get into racing. There are a lot of disabled people doing some super rad things. I want to be a part of that movement and pushing things forward and stretching the boundaries of what people are already doing.”

How Algoma Autism Foundation continues to fight isolation during COVID
Feb 16, 2021 10:00 AM