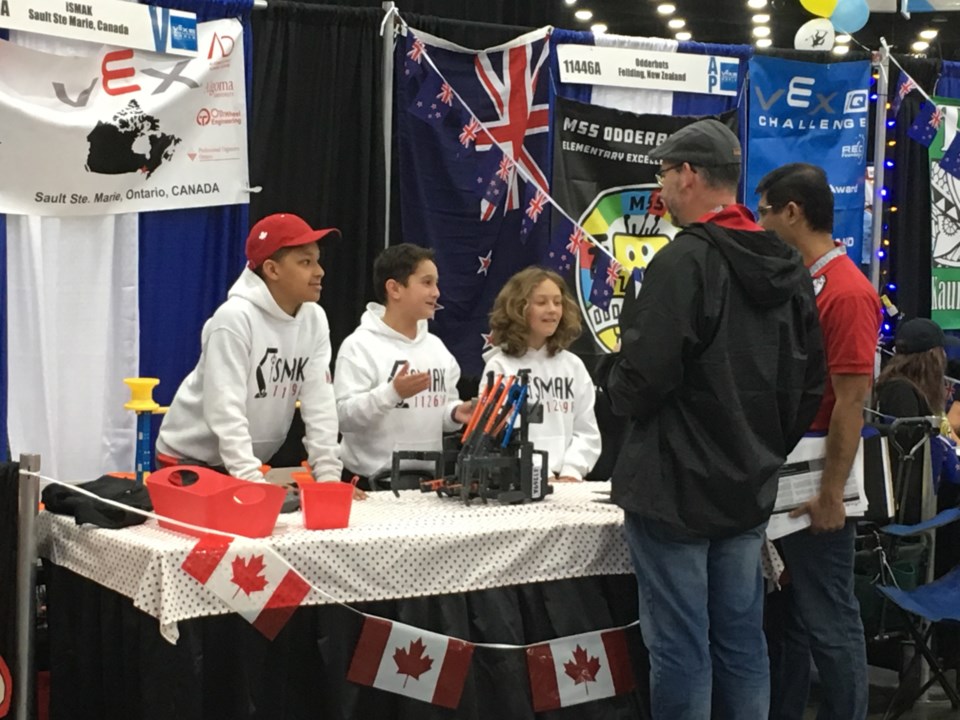 A year after having a team ranked as No. 1 in the world, ADSB VEX Robotics is still basking in the glory.

The independent elementary level team iSmak won the Excellence Award, Teamwork Championship, and Energy Award at the VEX IQ Robotics qualifying event held last January at Sault College. To top it off, their score of 48 in the Robot Skills Championship gave them a first-place world ranking for programming skills.

“We got a lot of positive feedback after the qualifying event last year. All of the success that we see from our teams is continually feeding back into our program. A lot of the youth have seen how successful kids can be with robotics and how great Sault Ste. Marie is represented when we go on to provincial levels and the world level. We get a lot more interest because of that success,” said ADSB robotics program coordinator Mark Carlucci.

Carlucci says that the program has been doing well recently.

“Things are going well. We had our high school tournament in December. It was successful. We had four teams there that qualified for the provincial championships in February, and we currently have our elementary competition scheduled for the 21st and 22nd of February,” he said.

We asked Carlucci how exactly a robotics competition is judged, and what it takes to win a tournament.

“There’s a few different components to it. At the elementary level it’s a series of matches with random partners. The teams share their score and then they get ranked based on their total score for the day,” he explained. “At the high school level it’s 2-on-2, similar idea, teams share their score and then they’re ranked based on wins and losses throughout the day.”

“We also have a programming component where it’s just the team by themselves trying to score as many points as they can, and there’s a judge component where we bring in professional engineers and professors from the college and they inspect the robots, they look at everything the kids have done over the course of the year and rank the teams,” Carlucci said.

So how do these kids get so good?

“Lots of practice. You look at our successful teams and they’re logging hours upon hours of time with their robots. There’s a very community oriented nature to (the program). Teams work together throughout the day so they’re buddying up and learning from each other, sharing ideas. You get this very excited energy from the teams and from the students as they get eager to continue,” Carlucci said with pride.

With the kids getting older, the successful iSmak team has now split up. One member is still working in the elementary level, while the other two have moved up to the high school level.

“Last weekend they were in Ottawa and won the premier qualifying tournament in the province,” Carlucci told SooToday.

As far as the near future is concerned, ADSB VEX Robotics is excited about their upcoming events.

“We’re looking forward to the elementary tournament here hopefully next month, and we also do community activities - generally with professional engineers when they do demonstrations during March, and with the Sault Ste. Marie Science Carnival.”

Independent team iSmak and Notre Dame du Sault team headed to World Robotic Championships
Mar 4, 2019 8:00 AM
Comments
We welcome your feedback and encourage you to share your thoughts on this story. We ask that you be respectful of others and their points of view, refrain from personal attacks and stay on topic. To learn about our commenting policies and how we moderate, please read our Community Guidelines.