After running the China House Restaurant for decades, the Yuns retired at the end of last year
0
Feb 8, 2020 12:30 PM By: Zaafina Naqvi 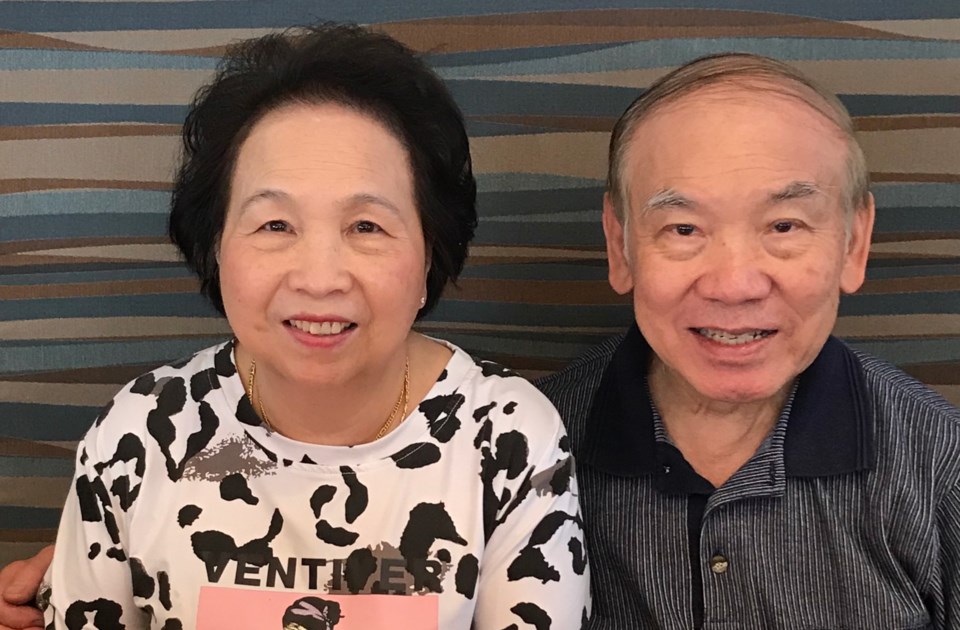 Joanne and Ken Yun are pictured in this supplied photo

When it comes to the story of Ken and Joanne Yun, you could say it is the perfect example of living the Canadian Dream.

They retired on December 31, 2019, after working for 60 years in the restaurant business - 45 of those years were spent running the China House on the corner of Goulais Avenue and Wallace Terrace.

Their restaurant became a staple in the West End while other restaurants came and went over those four and a half decades.

Both were born in China, with Ken moving to Kapuskasing at just 12 years of age. His family eventually settled in Sault Ste. Marie where they opened a restaurant beside the Old Stone House on Queen Street.

“Ken’s grandfather started the restaurant business in Sault Ste. Marie,” Joanne said. “It was a great opportunity to settle in the city and meet many wonderful people.”

Initially named Island City, the restaurant was renamed Yun’s Restaurant, and the space where it existed has since been renovated into a law firm.

When Ken was ready to settle down, he went back to China to meet and marry Joanne.

“We returned to the Sault and settled into the family restaurant business,” she said.

Eventually, the Yuns moved to southern Ontario to run a restaurant in Toronto and Frankford for 5 years.

“We liked working in Sault Ste. Marie better,” she laughed. “Over there was good too, but my whole family was here.”

In 1975, they returned to Sault Ste. Marie and opened up the original China House Restaurant.

The decision didn’t come without challenges, though.

“Anyone running a family business, especially a restaurant, can tell you that the hours are long. There is never a guarantee of income. When Algoma Steel was in its prime, the restaurant was open from 7 a.m. to 2 a.m. seven days a week to meet the demands of the breakfast, lunch, supper and after-hours crowd,” Joanne said.

These struggles helped give their children a good foundation.

“We were able to keep our children, Shirley, Kenny and Kevin, close because we had an apartment above the restaurant. We never had to deal with babysitters. They would do their homework in the restaurant after school and work there when they got older. They learned about hard work, commitment and family. They have all done well in their careers and we are very proud of them,” Joanne told SooToday.

Their daughter, Shirley, had a few kind words to say about her parents’ journey.

“Our parents helped out so many people in the community. They would offer those who were struggling or going through a difficult time a hot meal and give them something to take home,” she said. “People were always welcome into the restaurant to enjoy a hot cup of coffee or a meal and my parents would take the time to sit and listen to them. They have instilled this philanthropic philosophy in us and we are teaching this to our children.”

“They kept in touch with their customers and treated them like family. As a matter of fact, (my parents) have become extended members of many families in the areas, and we have acquired many ‘aunties, uncles and cousins’ along the way,” she said.

The Yuns didn’t quite get the chance to thank their customers and sit and share a coffee to say goodbye since their retirement. They said they would like to take this opportunity to thank everyone for their friendship, love, and support over the years.

Legacy of last year's robotics success lives on, says program coordinator
Jan 24, 2020 12:45 PM
Comments
We welcome your feedback and encourage you to share your thoughts on this story. We ask that you be respectful of others and their points of view, refrain from personal attacks and stay on topic. To learn about our commenting policies and how we moderate, please read our Community Guidelines.