Brendan Syrette has a winning performer in his invention of the Trigger but is looking to cast his line further
Feb 22, 2021 2:04 PM By: Frank Rupnik 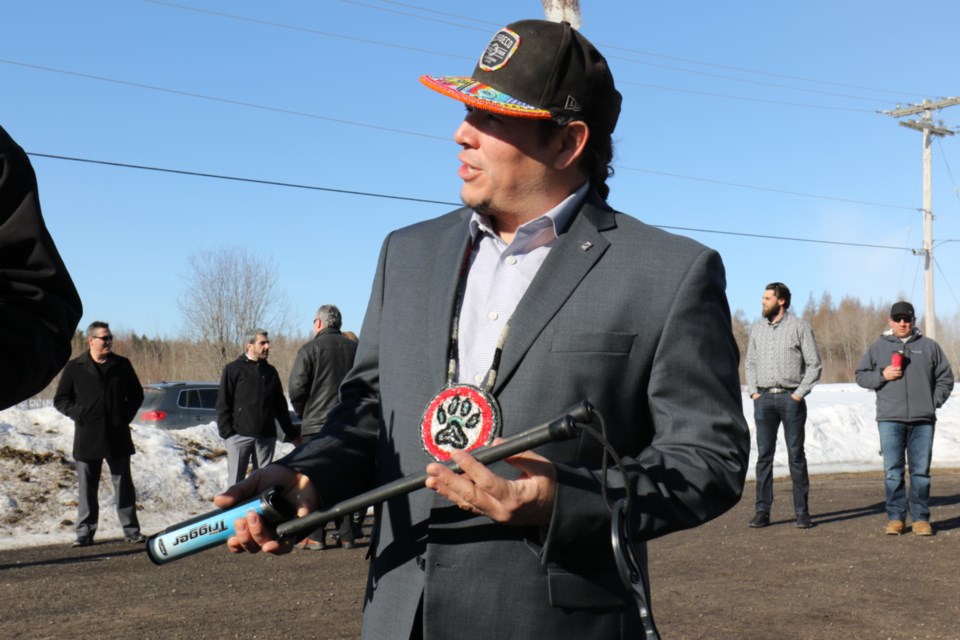 In some ways, that’s true for small entrepreneurs like Brendan Syrette, owner of Black Fox Fishing and inventor of the Trigger.

The Trigger is an ice fishing rod holder that automatically sets the hook if a fish bites.

It was born out of Syrette’s passion for the outdoors and his frustration with losing fish and carrying around too much gear.

The Black Fox website says the locally produced Trigger has a lightweight, sturdy design that allows for fast set up and can be used with your own rod and reel. The Trigger folds up quickly into a neat package.

The Trigger was developed in 2011 and since that time Syrette has tinkered with it and tried to perfect the product. It’s an ongoing process in his cottage industry located on Old Garden River Road.

The Trigger is available at a number of Canadian Tire outlets and other smaller shops.

“We have a map that we’re pretty proud of,” said Babcock.

That map shows Trigger customers throughout North America, but Babcock said it’s bittersweet because there’s so much potential.

“This company has been seriously underfunded from the get-go,” said Syrette.

“This year, we are still selling Triggers and still getting it out to stores. We’re seeing them being sold across Canada and the U.S., but we’re not pushing them,” he said.

Getting investors to help with marketing and production is becoming as challenging as landing a trophy fish.

The short ice fishing season that gives Black Fox a business window of about three months adds to the challenges.

“If we pushed it, I think we would do a lot better, but unfortunately we don’t have the funding yet,” said Syrette. “The product has been making a name for itself and I think that’s what all inventors look for.”

Syrette said he didn’t want to create a gimmick. His goal is to produce a product that works and is reliable.

“I’m an outdoorsman. One thing I’ve learned about having products outdoors is that they get beaten,” he said.

Syrette says many self-set fishing devices in the market have plenty of nuts, bolts screws and plastic pieces.

“Something fails and then they become an ornament inside people’s garages,” he said.

The future of Black Fox Fishing may include other fishing products.

As an inventor Syrette’s mind is always working.

“This morning I woke up and one of the things that came to my mind is how do I stop the ice fishing holes from freezing over,” he said. It’s a problem that anglers have been having since they started drilling holes in ice.

“I do have other inventions I have been working on,” said Syrette.

How Algoma Autism Foundation continues to fight isolation during COVID
Feb 16, 2021 10:00 AM