After a big win at nationals in November, Cydney Mihell says she isn't letting coronavirus cancellations get her down
Mar 27, 2020 9:45 AM By: Zaafina Naqvi 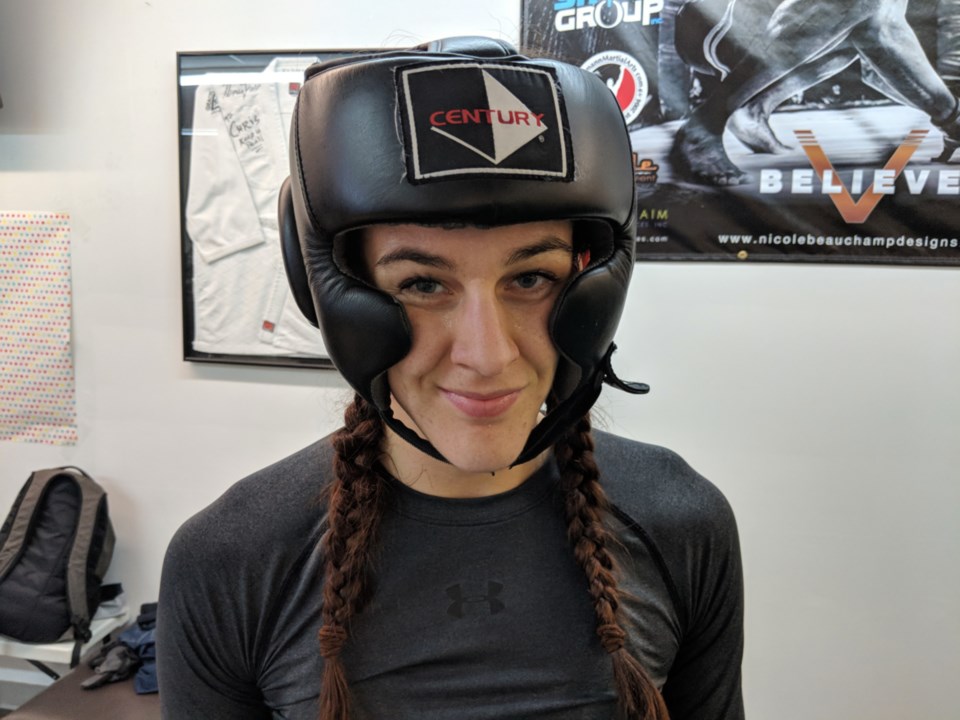 Just months after winning the gold medal at the 2019 National Muaythai Canada Championship, Cydney Mihell already had her sights on her next potential victory.

“I’m still training, I’ve been in fight camp for my MMA debut on March 28, but it’s been postponed because of COVID-19, so we’re just waiting to hear when things are going to start happening again and plan the next fight accordingly,” Mihell said.

She says that the pandemic has definitely “thrown things off a bit”, but she is still looking forward to when her regular routine will resume.

“It’s a bummer, but we have been looking into some other fights for the spring, like some fights in southern Ontario that we’ve had our eyes on,” she said.

Mihell, 25, got interested in Muay Thai after a trip to Thailand with her sister when she was 23 years old.

“We went to Bangkok to teach English to young children for 10 months at an after school tutoring centre,” she told SooToday. “We were offered a free Muay Thai class there so we tried it out and we both really loved it. I didn’t want to stop when I came back home.”

Muay Thai is a combat sport of Thailand that is similar to kickboxing, with a few different rules.

“It’s very cultural,” Mihell said. “That’s why I was so attracted to the art when I first started.”

Mihell trains at Steel City MMA under coach Vyron Phillips, a professional MMA fighter. She trains almost every day, with one day off a week. She says that if she has a fight coming up, she’ll usually train twice a day.

“I’ve been working with him (Phillips) since I got back from Thailand and he’s just been so committed to my improvement. He’s in the gym every day with me, and even when I don’t want to, he’ll drag my butt to the gym,” she joked. “He puts in way more hours than he needs to and goes above and beyond for my training.”

When asked if she wants to take up the sport professionally, Mihell said she’s still playing it by ear.

“As of now I still really enjoy it,” said the Algoma University student. “I feel like I have a long way to go in developing my skills so I’ll probably be in it for quite a few more years and see where it takes me. But I think it would be really cool to be able to earn an income doing something that I love. I like being an athlete, so it would be nice to just be able to focus on doing that and nothing else.”

In order for Mihell to continue her Muay Thai journey, a local sponsorship would help make things easier.

“I’m definitely still looking for sponsors,” she said. “Since tournaments don’t help compensate expenses for amateur athletes, I have to pay for everything out of pocket: gas, accommodation, and all of the registration fees which are really expensive. So to continue competing in these events we will definitely need to find some sponsors.”